Technological developments meant for one industry may sometimes end being used in other areas: the polarization sensor from Sony is an example of a solution videographers would love to be able to use. 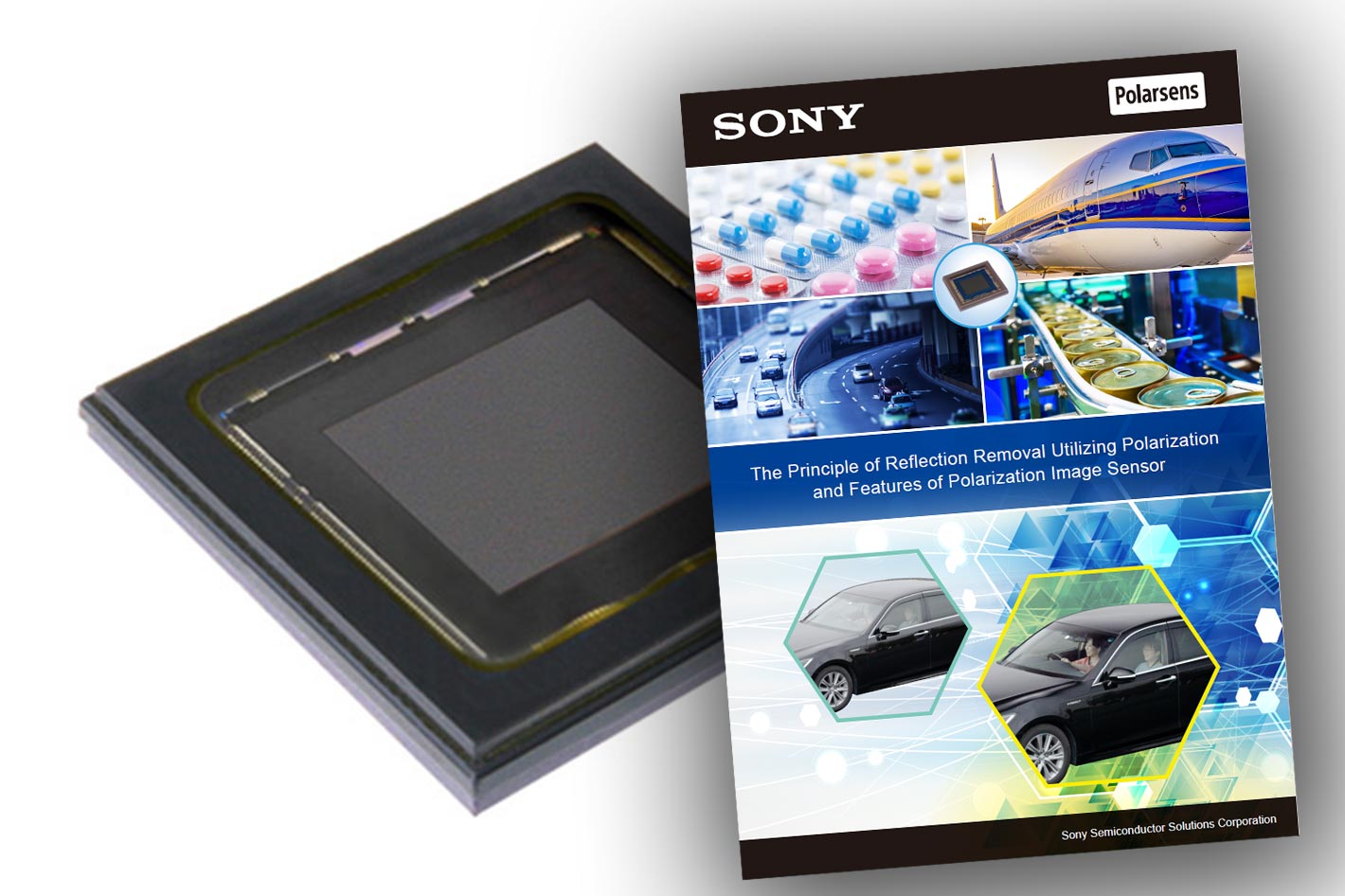 Polarizers are filters that remove reflections at certain angles. Sony Semiconductor Solutions has developed a sensor that can calculate the direction and degree of polarization in real time.

Polarizing filters are used to control (both hide and produce) polarized light. PL filters for Single-Lens Reflex camera and polarized sunglasses may be familiar use cases. As polarizing filters remove reflection light, they are essential accessories for photographers and videographers, who use them for turning captured color vivid or looking inside water. From skies to landscape, water surfaces to shop windows, polarizers are ubiquitous pieces of hardware.

Sony recently released some videos demonstrating the reflection removal performance comparison among cameras using no filter, polarizing filter and Sony’s Polarization Image Sensor. Under the name PolarSens, the company has researched solutions to control reflections through the use of polarization. The technology allows Sony’s polarizer sensor to remove reflections from various planes and that can be done at the same time, which is something totally different from what’s possible with a regular polarizing filter. 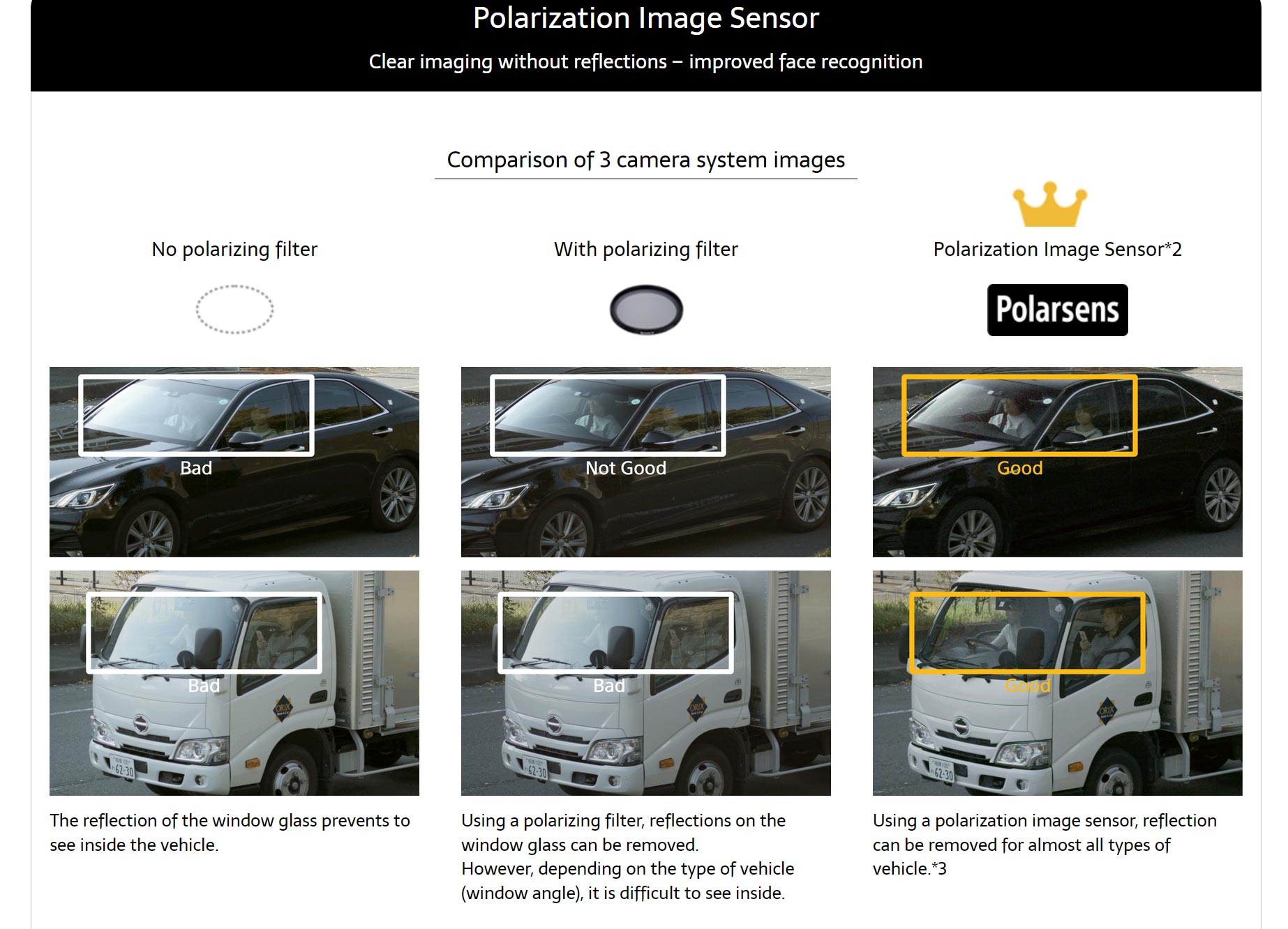 Since 2020 that Sony has published a series of videos with application examples of polarization image sensor: reflection removal, visual inspection, improve visibility, 3D/Stress detection and human/vehicle detection. While the technology used in PolarSens is developed with industrial uses in mind, it’s an interesting solution that may, someday in the future, make it to consumer and professional cameras used by content creators. 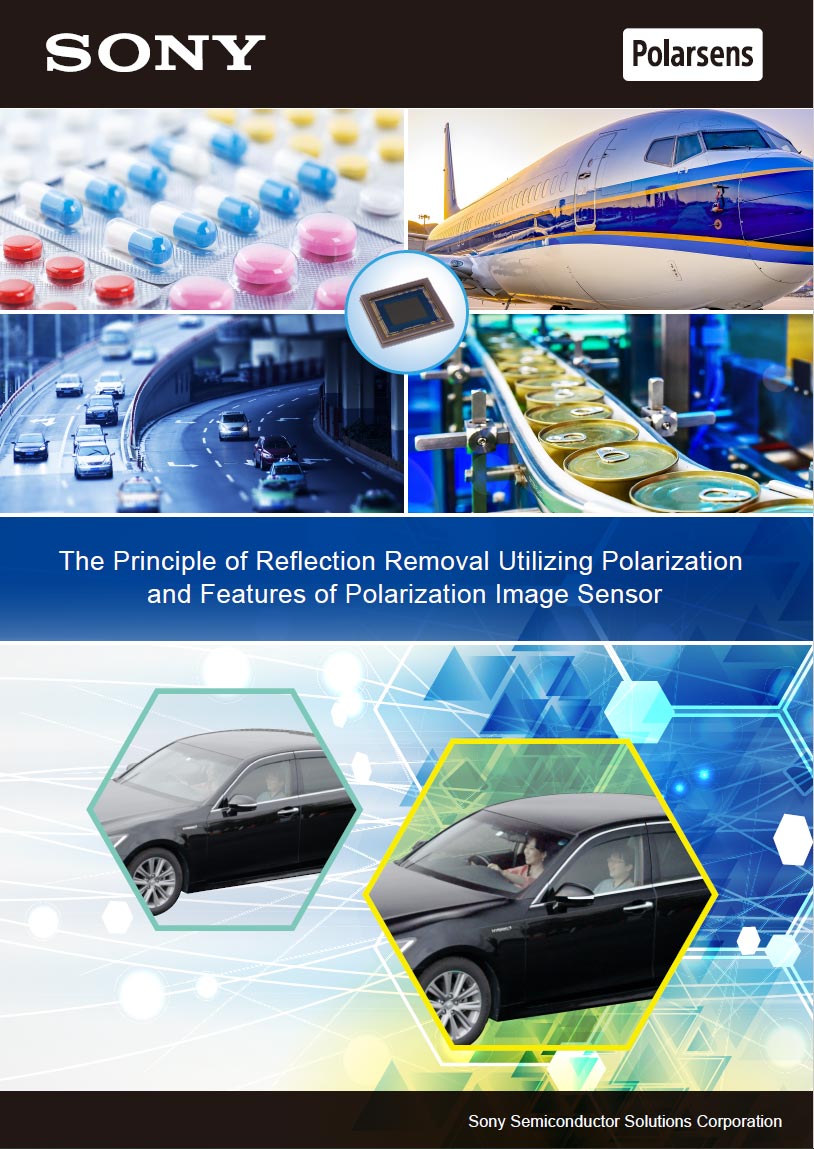 Now back to the polarizing sensor PolarSens from Sony. The company claims that “since the polarizer is formed during the semiconductor process, form and formulation of polarizer, uniformity, mass productivity and durability are excellent compared to conventional polarization sensors. Furthermore, Sony Semiconductor Solutions’ Polarization sensor is covered with an anti-reflection layer which helps to reduce reflectance and avoids poor flare and ghost characteristics.” 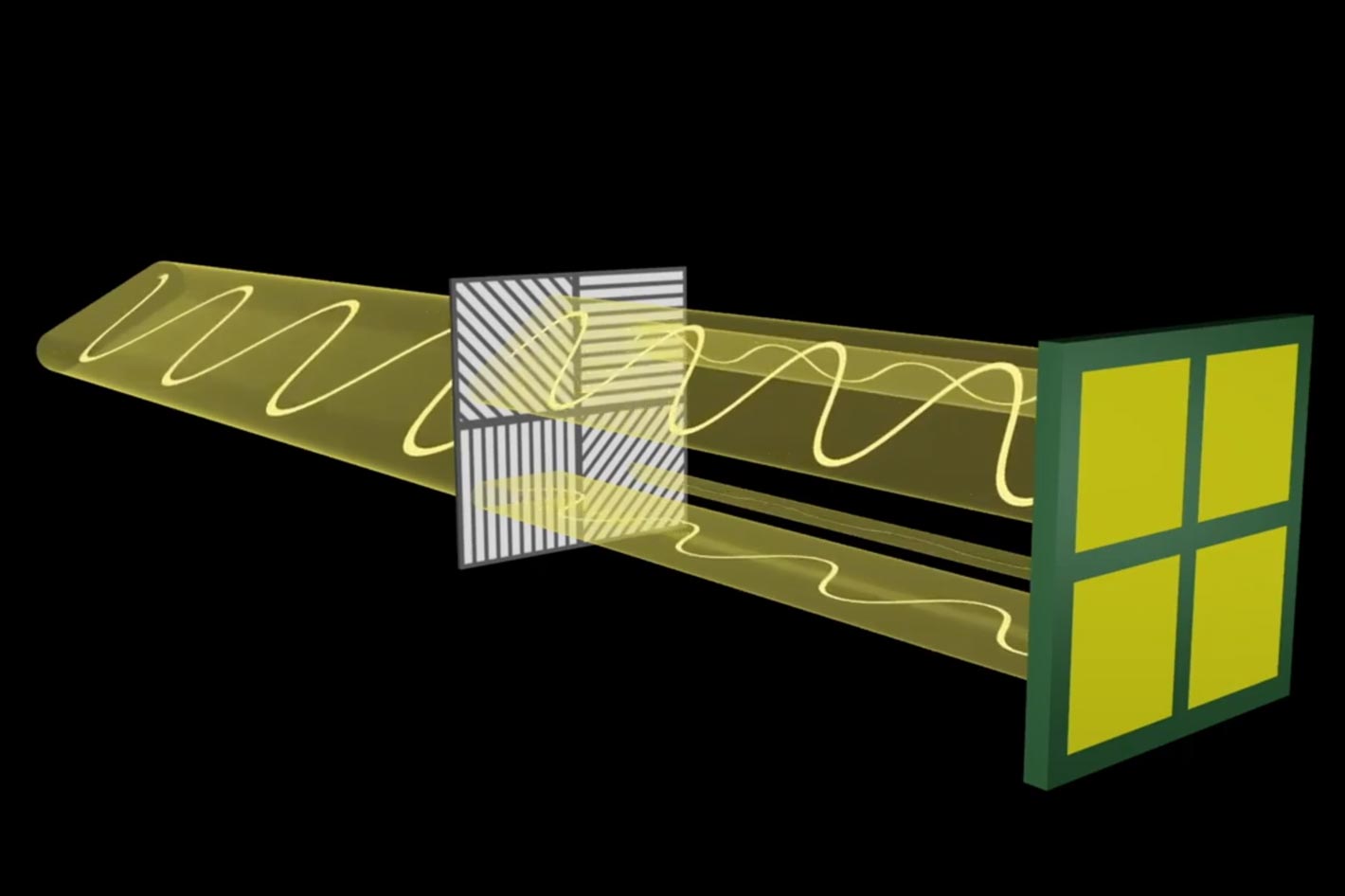 The videos published recently by Sony demonstrate the reflection removal performance comparison among cameras using no filter, polarizing filter and Sony’s Polarization Image Sensor, showing the results with the camera set to the side and in front of the subject. There is also a White Paper, The Principle of Reflection Removal Utilizing Polarization and Features of Polarization Image Sensor which can be download by anyone who wants to know more about the technology. Again, remember that the initial application of the sensor has nothing to do with image capture as photographers and videographers see it. Still, there is always hope that the technology may be useful in more ways than those where it is now being applied. 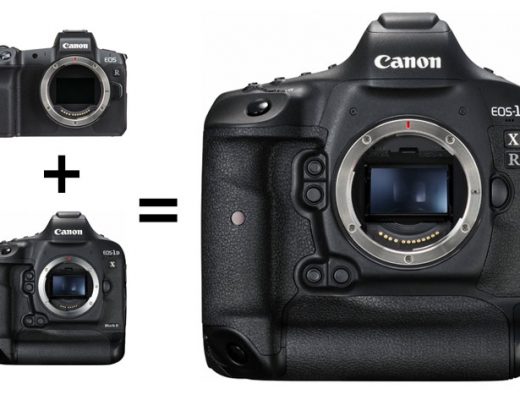 While everybody waits for the Canon EOS-1D X Mark III to be officially announced, some people dream about the... 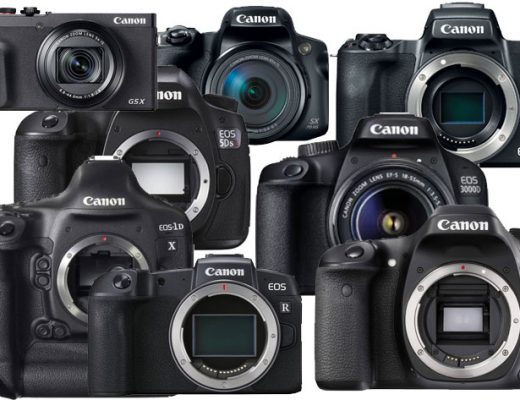 Canon issued a security advisory stating that 33 of its cameras, including DSLRs, mirrorless and compacts, are vulnerable to... 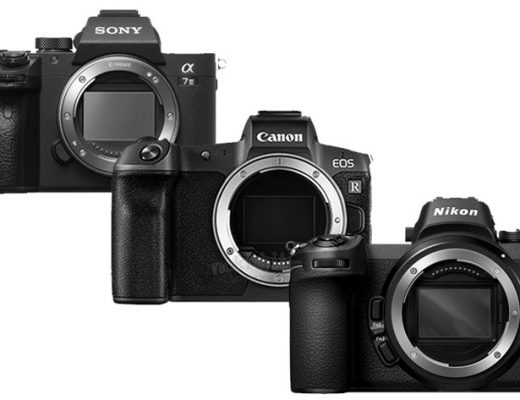 The Canon EOS R may be a modern mirrorless camera but its ethos is very much inline with the...