According to rumors published by popular Canon rumors websites, Canon is working on a professional Canon EOS R body with a lens mount that can fit both EF and RF lenses. Can it be true? 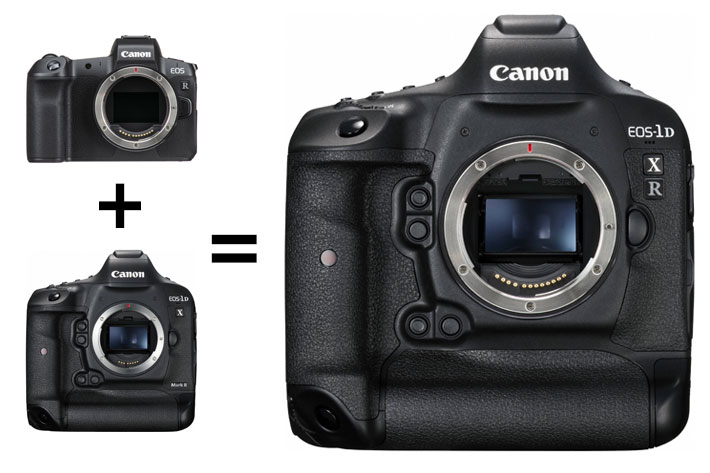 While everybody waits for the Canon EOS-1D X Mark III to be officially announced, some people dream about the creation of a “Canon Frankenstein-monster”,  mixing a mirrorless with a SLR. Dream on…

Nothing better to start a new year than a little bit of crystal ball gazing… or wishful thinking. The title has, I hope, grabbed your attention, and just to make things clear, it’s not something I created: the website Canon Watch published one article under the title “Here Is Another Take On Canon’s Rumored Mirrorless DSLR Hybrid Camera.”

Before we continue, it’s probably a good idea to remind readers that the mirrorless camera system appeared as a solution to eliminate the mirror box present in SLRs and, modernly in DSLRs. In fact, it’s a good idea to look at both terms in the dictionary, or Wikipedia, just in case you still have some doubts: 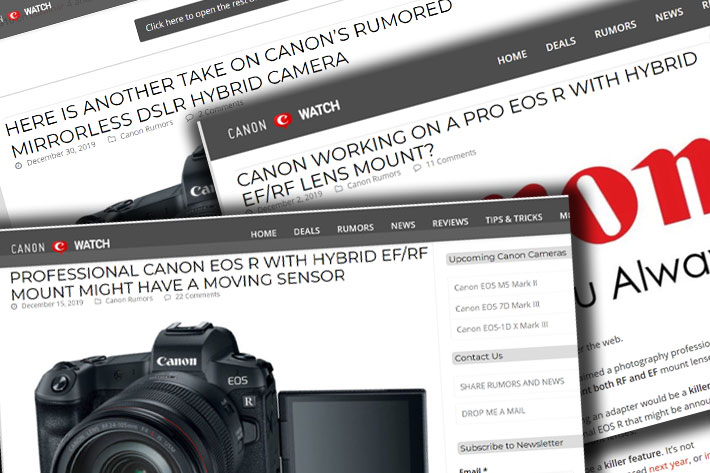 Is it a mirrorless with a mirror box?

So, now that we’ve the definitions, I must say I’ve a hard time understanding how Canon can build a “mirrorless DSLR”.  Yes, I agree that such a thing will be, as the title mentioned also suggests, a “hybrid camera”, but I don’t understand what’s the end goal here: is this a DSLR with a removable mirror box or a mirrorless with the option to add a mirror box?

The original suggestion for the hybrid can, apparently, be traced to a YouTube channel that is keen on creating click-bait headlines (yes, I did the same here, but for a good reason),  but the idea – does not matter how crazy and Frankenstein-monster-like it sounds – led to other mentions of the original suggestion, by websites as Canon Watch, that on its December 30 post notes that it is “not a rumor, just for fun.”

Earlier in December, though, the same website wrote, under the title “Canon Working On A Pro EOS R With Hybrid EF/RF Lens Mount?”, that a rumor circulating on the web suggests “the upcoming pro EOS R, i.e. a Canon EOS R body aimed a photography professionals and on the same tier as the EOS-1D X lineup, might be able to natively mount both RF and EF mount lenses.” 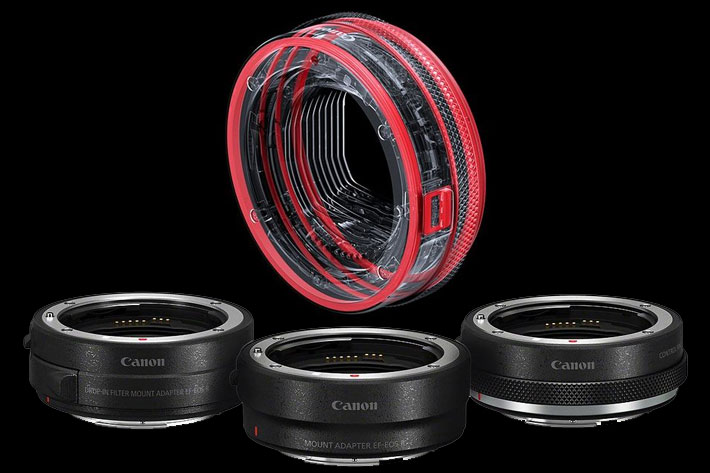 EOS R bodies use EF lenses with an adapter

I should note, just to make it clear, that EOS R bodies already can mount EF lenses, with the use of an adapter, so the access to the ample lineup of Canon lenses is already covered, with a solution that works.  What is suggested here, though, is that Canon is developing – it’s a rumor! –  a way to mount both EF and RF mount lenses without using an adapter. Still, nowhere is explained why some call it a “mirrorless DSLR”, as the name suggests very different concepts that are mutually exclusive. Maybe this is due to the general confusion installed: many people call “DSLR” to any mirrorless that has taken the classical SLR shape, with the mirror-box and pentaprism hump on top!

When the website Canon Watch published the first rumor, a note was added: “As weird as this rumor may sound we give it some credit.” The truth, though, is that the idea does not make much sense, especially when one considers what it entails: solutions like a moving sensor, to adapt to different flange focal distances.  Still, rumor websites continue to mention that the system is rumored “for the fabled EOS-1D X-like professional EOS R that might be announced next year, or in 2021 (all rumors).” And that keeps fueling the most crazy “wishful thinking” conversations… 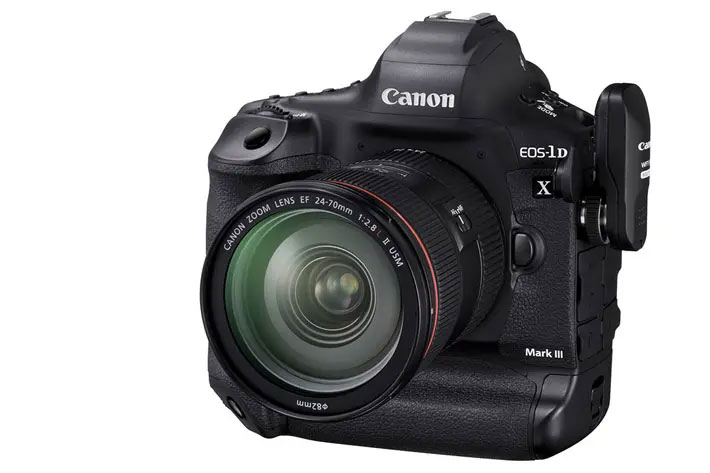 EOS-1D X Mark III: is it the LAST Canon DSLR?

What’s coming from Canon in a near future, no doubt, is the much expected EOS-1D X Mark III, which many believe will be the last DSLR made by Canon, as mirrorless gains space. Many people continue to claim, and have done so for the more than a decade, that “DSLRs are dead” or dying, but I am not sure Canon (or Nikon, for that matter) is going to throw the towel now. In fact, if one looks at recent patent applications from the company, there is one that attracts the attention of everybody, the solution to make IBIS and Lens IS work together, but there is also one for high speed mirror movement and control. Why develop a new mirror movement solution for a dying breed?

From what is already known regarding the Canon EOS-1D X Mark III, to which one can add rumors  suggesting that “5.9K RAW external recording is still on the table”, “the battery life is nothing short of amazing, much better than the 1DX Mark II” or “the silent shutter mode in liveview is absolutely silent”. Interesting, also, is that rumors point to a 20MP sensor, meaning there is no increase in resolution… probably because the professionals whose opinion Canon asked for do not feel it is needed for their line of work. Apparently, the Nikon D6, which is the next top DSLR from Nikon, will also be 20MP.

The official announcement for the Canon EOS-1D X Mark III is expected to happen soon, and Nokishita, the usual source for much ofn the info on Canon, already pointed that both the EOS-1D X Mark III and WFT-E9 (wireless file transmitter) have appeared on Canon’s latest product list. The full specifications of the camera may be announced in January or February, ahead of the CP+ tradeshow. Maybe Canon will have some surprises for all those who say DSLRs are dead, the crystal ball tells me.…