Yes, the Sony FX3 and the A7s III are nearly the same cameras. Yet, shallow are those who only compare Sony’s smallest Cine Line camera to an A7s III. Honestly, who cares. The $3899.99 Sony FX3 is an astonishingly capable 4K camera. Is the FX3 perfect? The perfect camera is the one in your hand; everything else is an illusion. 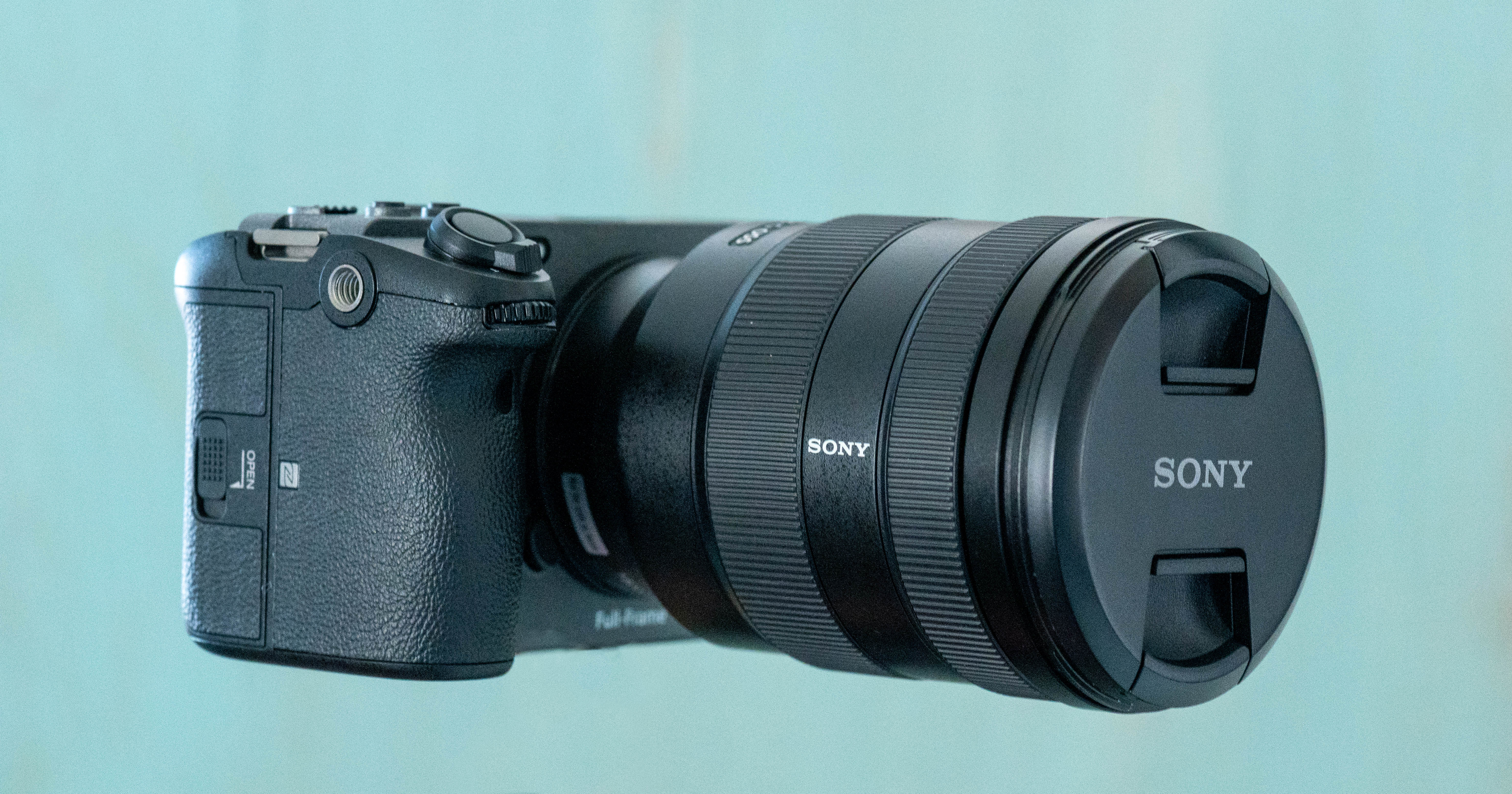 Obviously, The FX3 and A7s iii are like twin brothers, or sisters, to the same parents. Like many twins, the similarities may be striking, and it may be hard to distinguish from one to the other. I know twins. I am a twin. I can usually tell identical twins apart. You can, too, I guess. That is the difference between the two cameras, essentially. Does it matter? No. It does not. If you bought the Sony A7s iii, it was a good buy. If you bought the Sony FX3, it too was a good buy. Nor do you need me, or anyone, to tell you the well-researched camera purchase you made was “good.”

I love the stabilized sensor on the FX3. The bonus of a stabilized sensor allowed me to handhold a 70mm shot without a noticeable shake in my video. Adding an optically stabilized lens to work with that FX3 stabilized sensor adds more stability. You can see a small sample video clip below. This moment presented itself to me while I was leaving a separate shoot. I did not have a tripod ready for the Sony FX3, and the moment appeared to be fleeting, so I needed to hustle. I quickly stepped out of my car and braced myself as best as possible to capture the video smoothly. The combination of the stabilized sensor and optically stabilized lens meant to hold the FX3 in front of me was just enough for the appearance of a locked-off shot. I might consider a camera with this kind of feature to be critical for some documentary or news situations in the future. Anything to help your footage look and appear better.

In the past, I was not a huge fan of relying on autofocus as I shot videos. I’d think, “I am a professional who can roll his focus.” That mindset was dumb. Let the tech work for you, and in the case of the Sony FX3, the autofocus probably will do a better job keeping your subjects sharp than you will. There is a caveat to relying on a camera’s autofocus features; learn the settings well, and you will succeed. If you’re like me, jumping in without testing, then you might stumble along the way. After a couple of shots, I found what worked for me and autofocus on the FX3. More times than not, the Sony FX3 correctly focused on what I wanted with a couple of user error moments. The problem with using autofocus or not on the Sony FX3 is the small LCD screen. The LCD screen is too small to pull focus consistently. Two examples below, warts and all can be found below. At times, my focus is spot on, and other times user error causes the Sony FX3 to focus on a different subject or object.

When lowlight shooting with a Sony A7s III, FX6, or FX3 has become a standard, we have reached a point where these cameras’ lowlight capabilities are astounding. The Sony FX3 is an excellent lowlight camera. In the video below, my daughter is watching a lightning storm. My ISO settings bounce from low to high without crippling image noise.

The Sony FX3 comes with a dedicated XLR hand unit. This XLR audio input handle does not come with a Sony ECM-XM1 Microphone, so you will need to find a suitable option for yourself. Remember, if you use a camera mic for the XLR Handle, you will need a Sony mic spacer since Sony’s mic holder is slightly bigger than the standard mic.

The XLR hand unit presents a bit of like-don’t-like from me. I love the ability to plug in XLR audio for the Sony FX3. The addition of the XLR Hand unit might work well with a dedicated sound recordist. But, the XLR hand unit means the XLR cables are pulling weight toward the front of the camera, which, to me, annoyingly messes with the camera’s balance. Keeping your XLR receivers small and lightweight might be best for Sony FX3 users because then the balance of the miniature camera remains.

It appears to me Sony wanted a tiny Cine Line camera to fill out the company’s lineup and to give Sony Venice, FX9, and FX6 shooters a sterling “B” or “C” camera. Small in size can have quite a few advantages. The significant advantage favoring the small FX3 is using the camera on a smaller, less expensive, gimbal-like the DJI Ronin S or RS2.

Then we have the multiple mounting points built into the body of the Sony FX3. These 1/4 20 threaded mounts open up the ability to mount the Sony FX3 in just about any position or rig without the need for a weight-adding camera cage. It is a zero cage design I think I might want to see in more cameras moving forward.

The whole honest-to-goodness truth about the flip-out LCD screen? It is not bright enough for use in the bright summer sun, and the Sony FX3’s full-sized HDMI output gets in the way at times. Then, the minuscule screen can be too small for my old myopic eyes. Combine bright sunlight and a small LCD screen; you are mixing up a recipe to miss focus on a couple of shots. Throw in some full-frame depth of field, and you better know your autofocus features well or have that full-sized HDMI output connected to a large monitor to judge critical focus well.

Sony must have been in a lose/lose situation with the HDMI placement and the flip-out LCD Screen. On the one hand, it is great to see Sony using the full-sized HDMI output. On the other, it is great to see a flip-out screen on the FX3. Combine the two, and you will find the two excellent features fight for space and diminish the combo a bit. Over time, I feel like the HDMI connection will fail after repeated bumping from the nearby LCD screen. How do I know? The Sony FX3 review united sent to me already had a broken HDMI connection. Sony does send a plastic locking mechanism to lock the HDMI to the camera. I suggest finding a way to protect your HDMI output.

Did Sony have any other option for the placement of the HDMI output and the flip-out LCD? Not likely. Users can opt for an onboard external monitor, like an Atomos, SmallHD, or Blackmagic Video Assist. Still, I see an external monitor adding unnecessary weight to an already miniature camera. Depending on your needs and the shooting situation you will face, an onboard monitor might be best, and it might be in the way. 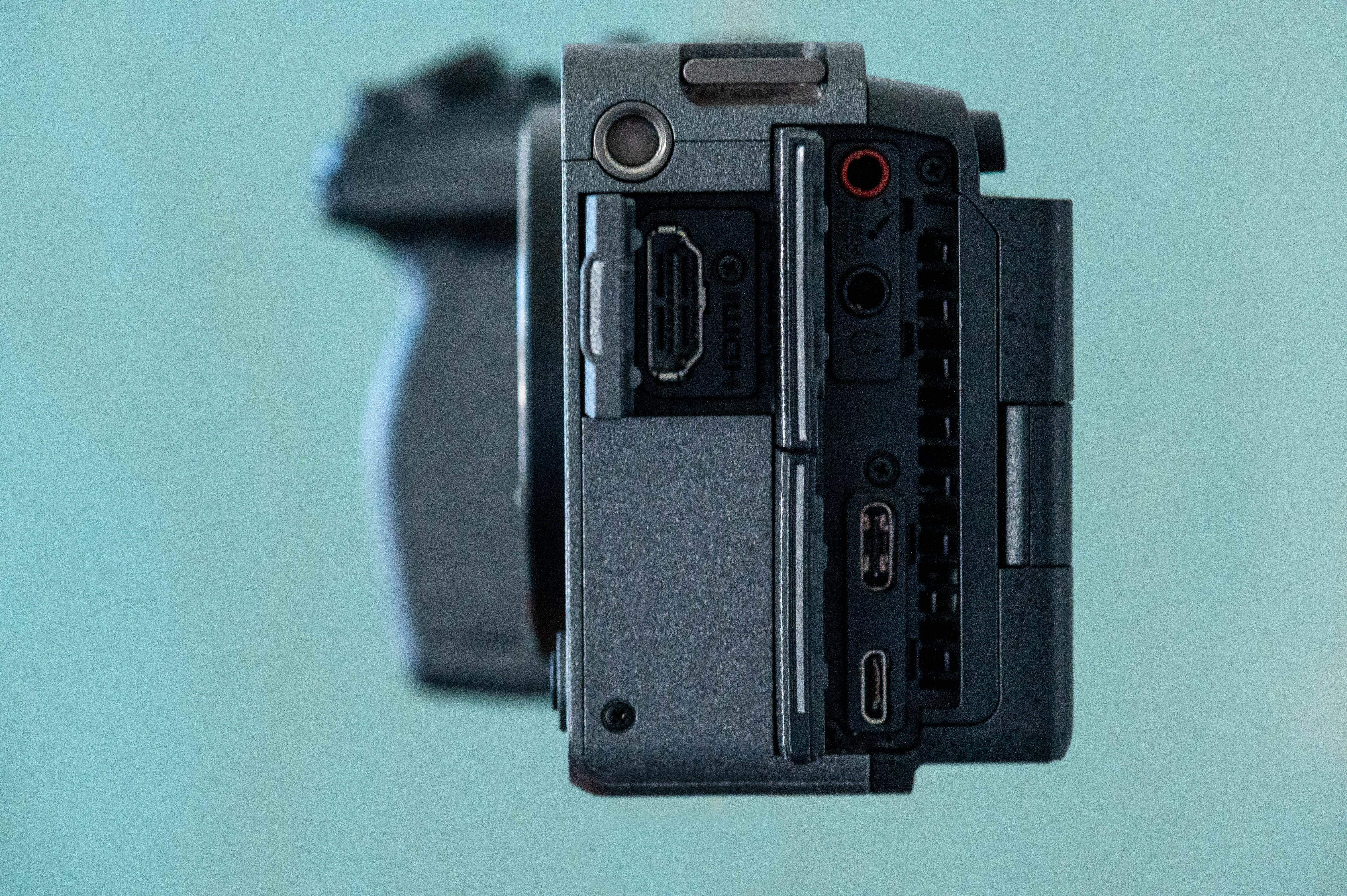 4K all the time, every time. Not once did I run into an overheating issue with the Sony FX3. Not once. Know, I tested the FX3 in winter in Nashville, Tennessee. The outside temperatures hovered in the 50s, which is not the kind of weather to cause cameras to over-heat. I bet if a shooter took the Sony FX3 to the desert floor of Big Bend National Park, or White Sands, or name whatever sweltering hot exotic location on a map, then yes, the FX3 might over-heat. But, for me, it did not. Not once. I liked that.

I love an electronic viewfinder. I wish Sony built an add-on accessory EVF for the FX3 like Blackmagic Design built to go with the Blackmagic Pocket Cinema Camera 6K Pro. I mean, hello, the multi-interface shoe is right there for the taking. It seems evident to me, but I’m sure this request is much more complex than to engineer than my modern idiot brain understands. If you look at Sony’s entire Cine Line, it is short EVFs for three of the four cameras. Only the VENICE comes with a dedicated electronic viewfinder. 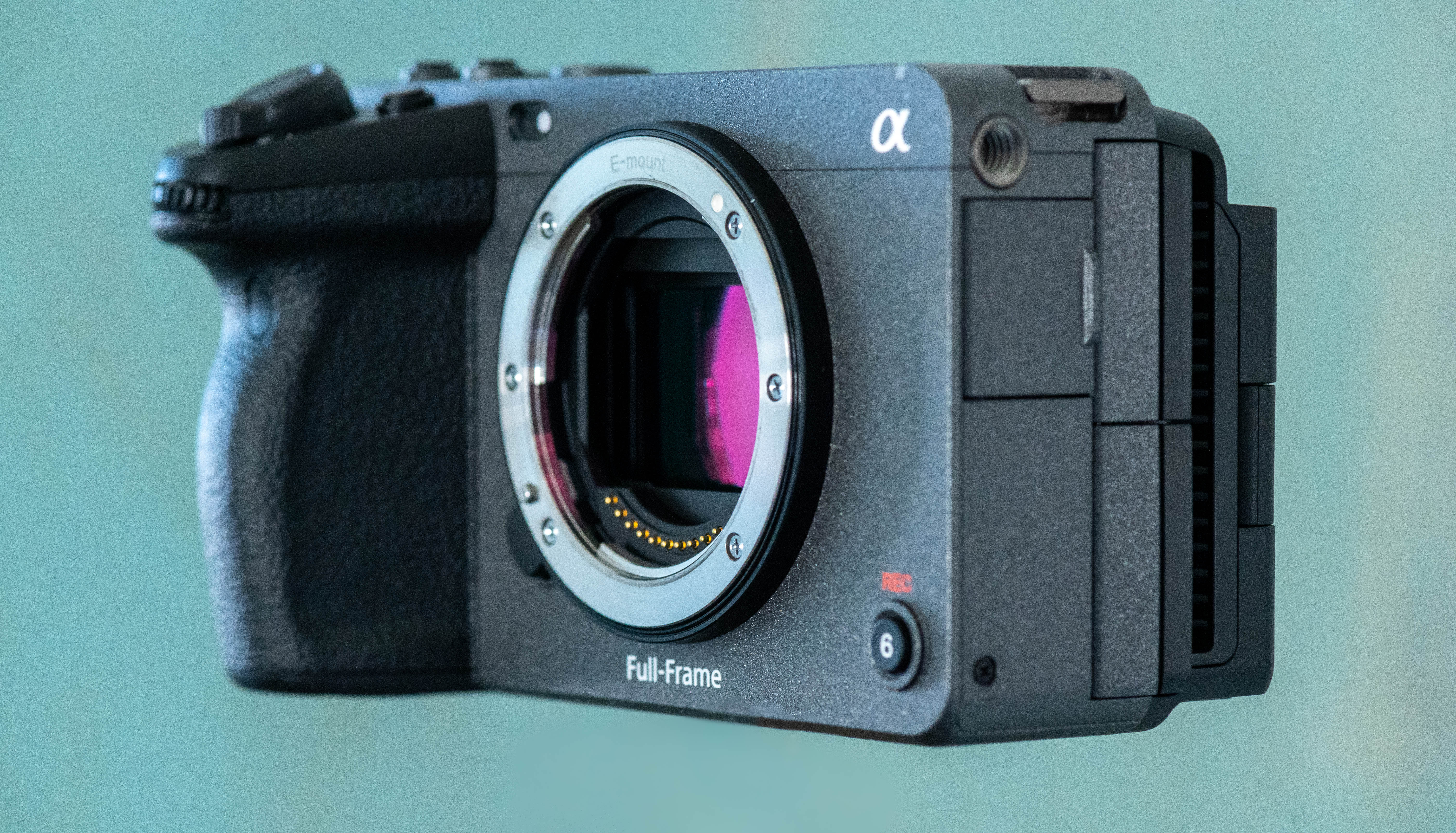 Look, the Sony FX3 is a small camera. It is essentially a tiny cine-style mirrorless camera. Most mirrorless cameras do not have internal neutral density filters, so I expected the Sony FX3 to lack internal neutral density filters too. We can take the time to speculate whether or not Sony could have added internal ND, but I hardly see the reason. Many manufacturers make excellent variable ND filters, and picking up a few to keep on your lenses is usually a good idea.

Sony developed the Cine Line with intention. From the VENICE, FX9, FX6, and now the FX3 each camera have their niche within the market. Sony also wants users to use Sony cameras when using other Sony cameras. This mindset is not unique to Sony either. I’m pretty sure every camera manufacturer wants you to use all of their gear. For example, the FX9 is a camera currently available to me regularly. It is a great camera, but matching the FX9 with a Canon R5 is not the most straightforward task. Matching an FX9 to an FX3, well, that pretty easy. When one picks up the FX3 to go with their other Sony Cine Line camera, they now have a dedicated small gimbal camera. They have a Rhino ARC II Slider “B” camera. Having a dedicated “B” or “C” camera prepped before the shoot for whatever specialist task makes like simpler for DOPs and me.

In the end, sony made a robust 4K video camera with the FX3. The stabilized sensor and incredible autofocus features help you keep your world smooth and tack sharp. The small size of the Sony FX3 means you can build up or down the FX3 for whatever situation you might face. The biggest question for many will be to go with either an FX3 or an A7s iii. You cannot go wrong either way. 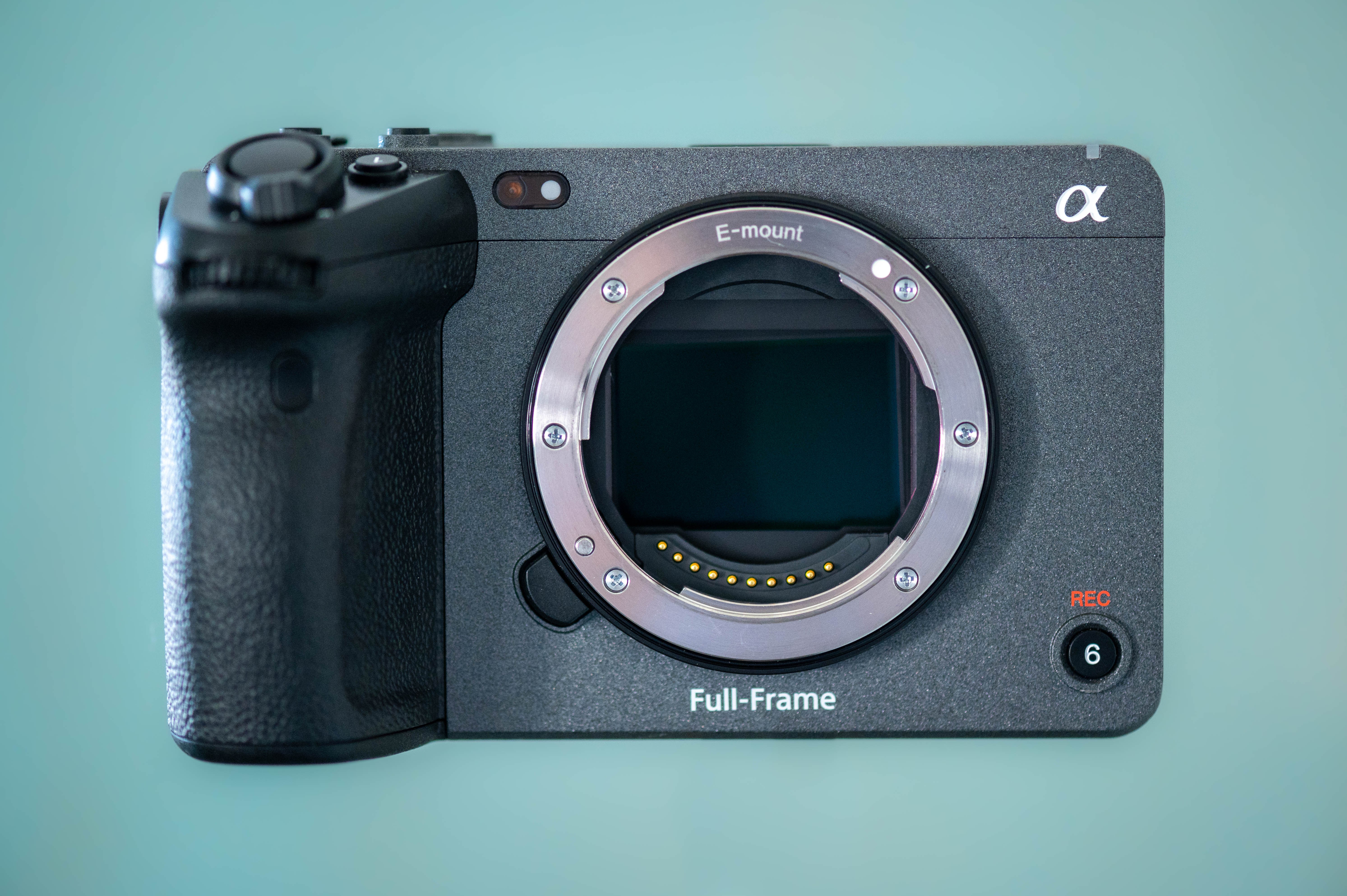