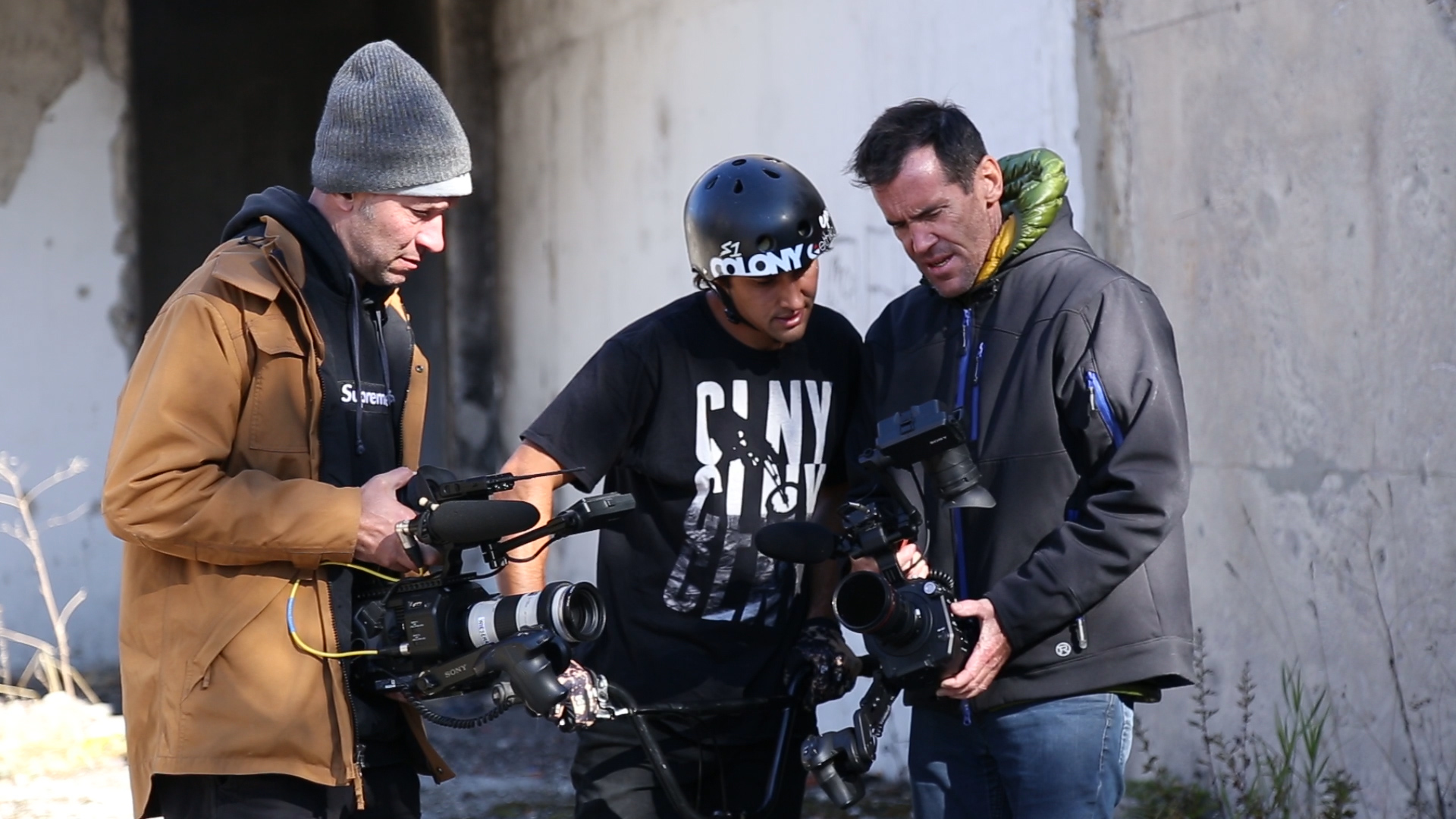 Award-winning global sports media company, Whistle Sports, creates authentic social content for a new generation of sports fans.  The community of over 400 social influencers works with brands, fans, athletes, professional leagues and teams to create engaging and unique media, programming and activations that resonate with over 170 million fans and followers across the network.

Whistle Sports recently wrapped production on 10 episodes of Closed Course, an original series available on Verizon’s millennial-focused platform, go90™. Closed Course tracks the efforts of 30 athletes in Sarajevo, Bosnia and Herzegovina to restore the now-abandoned venues of the 1984 Winter Games to their former glory as modern sports destinations.

Closed Course put four of Sony’s PXW-FS7 and two α7SII cameras to the test during the 15-day shoot. Dennis Lisberger, Director of Production, and Mike Greenberg, Senior Creative Producer, of Whistle Sports chose these models for their size, adaptability, slow motion capabilities and their capacity to work together seamlessly.

Part of the decision to use Sony’s cameras on Closed Course stems from Lisberger and Greenberg’s previous experiences in the industry and with the Sony brand.  Lisberger, who has a background working on interstitial series, became accustomed to Sony’s EX3 while working for Spike TV.  Greenberg shot on Sony’s Z1U before moving over to a DSLR and joining the Whistle Sports team, intersecting his personal interests with his professional abilities.  He bought his first FS7 as soon as the camera came out in 2014 and hasn’t looked back. 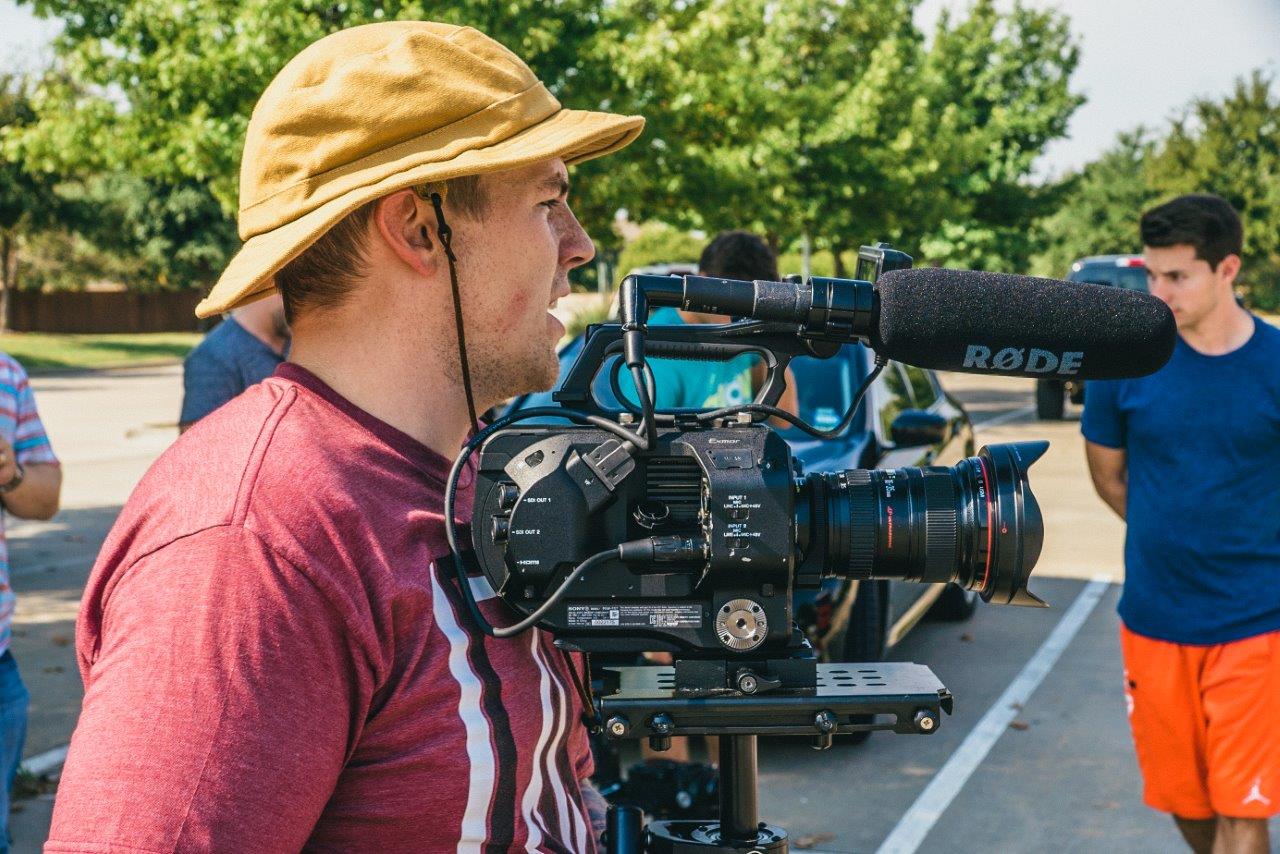 “Whistle Sports owns four Sony FS7s, one Sony PMW 300, two Sony α7SIIs, several Action Cameras and about 15 in-house editing stations across our offices in NYC, London, Dallas and L.A,” Lisberger said. “On Closed Course, we used the Sony FS7 as our main “A” camera for much of our run-and-gun shooting. For other or guerilla-style shooting we knew Sony’s α7SII would get the job done and maintain the look.”

Greenberg added, “I consider myself a real stickler when it comes to matching the look of each camera. It was extremely convenient to set both cameras to SLog3, dial in white balance and move on with framing the best shots. The FS7 is the game-changer I’d been waiting for.  Beyond easily matching color, it was critical to have homogenized camera packages in case of equipment failure. There’s not much in the way of replacement parts readily available in Bosnia and Herzegovina.”

In addition to the FS7’s ability to easily match other Sony cameras, Greenberg maintains that the versatility of the camera is its main selling point, which is why he’s used it on so many of Whistle Sports’ series.  “Our shooting style at Whistle Sports changes from project to project, partner to partner, and the Sony FS7 provides us the full range for our shooting scenarios,” he said. “Whether we are shooting in the office, on our green screen or we’re out in the field filming live action sports captured at a higher frame rate, the FS7 works in every situation.”

Talking about features and versatility, he added, “The built-in ND on the FS7 is by far the thing I missed most when shooting on DSLRs. The same goes for XLR inputs. Both are very basic features that disappeared from cameras for a few years. The form factor of a bare FS7 was perfect for run and gun and getting really close to the action for unique angles that immersed the viewer in the moment.” 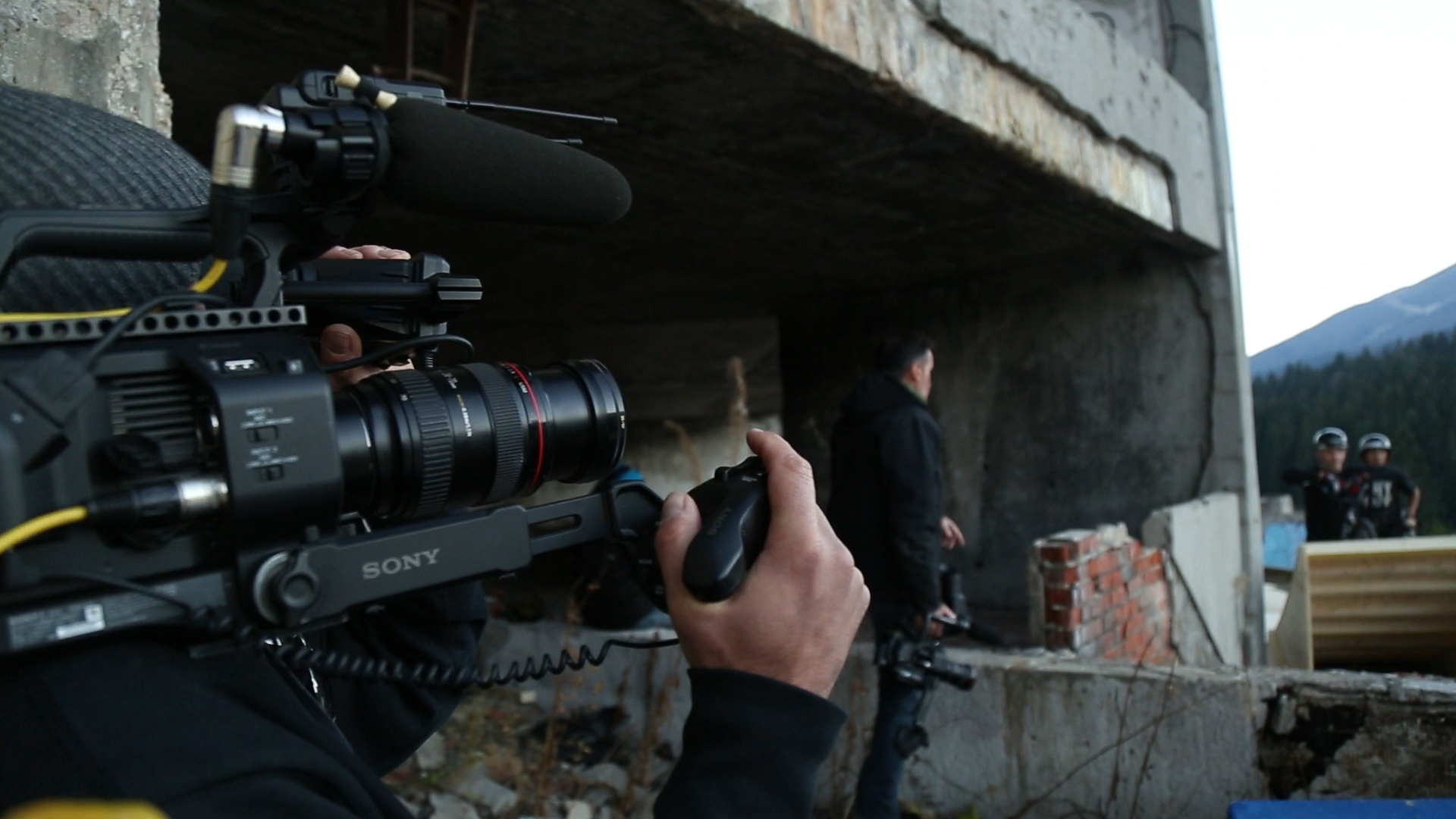 The α7SII proved to be a great companion to the professional Sony cameras. “It makes perfect sense to shoot SLog3 at XAVC-I when we have the proper timeline and workflow to grade,” Greenberg said. “Yet it’s really powerful that in 60 seconds we can reboot the camera and shoot at a lower bitrate with a baked-in look to speed up our post workflow for quick turnarounds going to web. We got our hands on two α7SIIs the first week they hit the market. It was the perfect complementary camera for use on the Freefly Movi M5 and in tight spaces, in addition to being able to deliver the popular full-frame sensor look.”

Greenberg noted that slow-mo was an integral requirement of the Closed Course shoot.  “The majority of the series was shot in slow-mo in intervals of 24fps and conformed to a variety of speeds in the edit,” he said. “Typically, I keep my shutter speed double the frame rate, but after a bit of testing I found that letting the shutter drag a little produced a cleaner result when played back in real-time.”

Expanding on the necessity of slow-mo shooting in the action sports realm, Lisberger explained, “Our biggest creators like Dude Perfect and Brodie Smith often do trick-shot videos and there is nothing better than watching a trick shot in real time, and then in slow-motion. We achieve both at a high quality with the Sony FS7. We also work with creators and athletes who are professional basketball players or professional skateboarders and training videos make it essential to have slow-mo capabilities.”

Shooting action sports outside in Bosnia offered its share of challenges, but the Closed Course team and the Sony cameras were up to the task.  Because much of this production took place outdoors, Greenberg noted, “We were able to manipulate available light.  I was impressed with the range of detail we got in the highlights and shadows. Although the images were similar in nature, the robustness of the higher bitrate codec on the FS7 was certainly visible in low light. I know S-Log was never designed for low-light but we kept the cameras rolling in their current settings and removed any noise in post.” 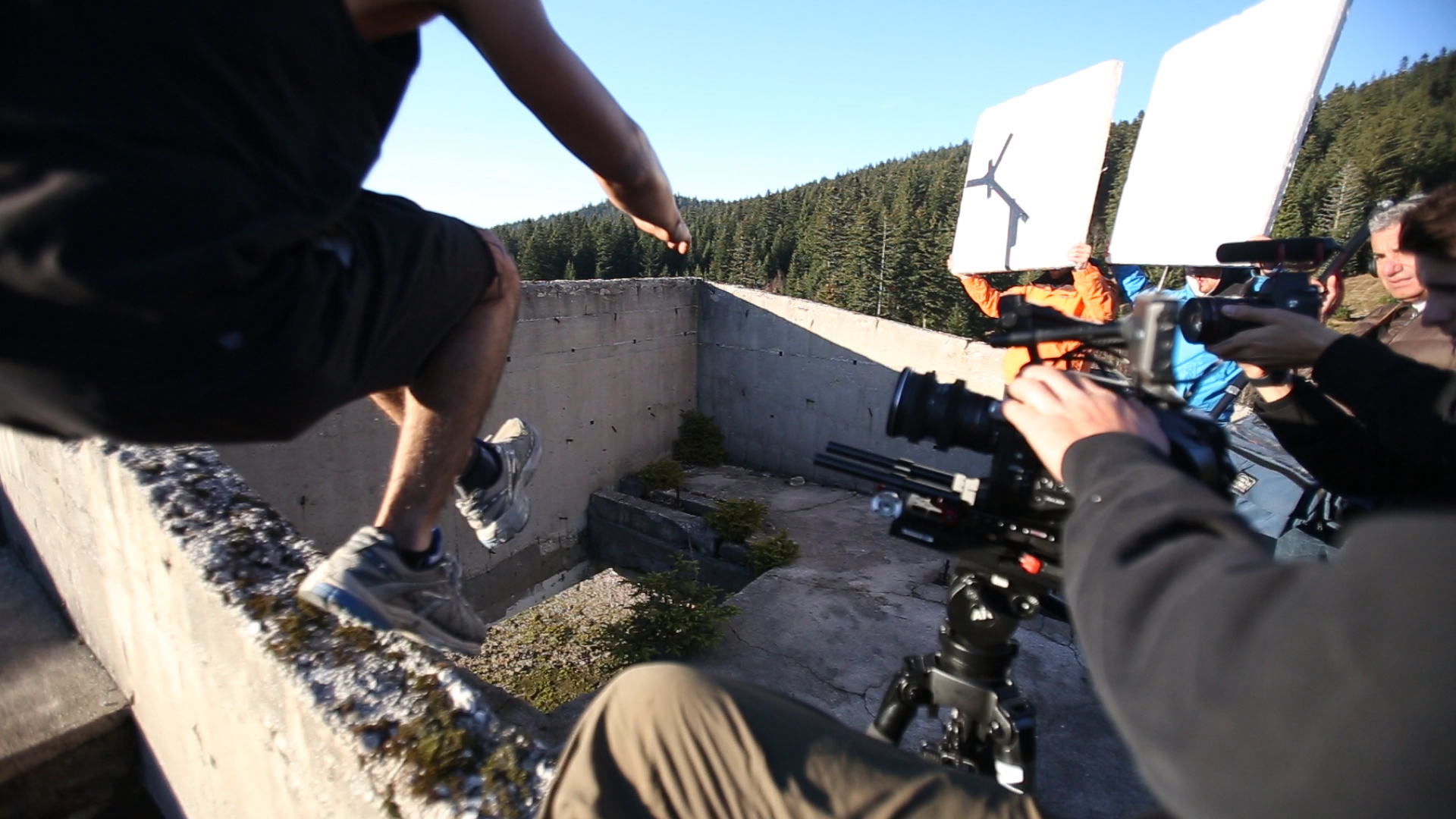 Of the weather, Greenberg added, “On Closed Course we were treated to 22 consecutive sunny, unseasonably warm days during Sarajevo’s rainy season. We were prepared to shoot in unfavorable conditions knowing the cameras were weather-sealed but instead our biggest weather challenge was smog. Sarajevo is in a valley and pollution from coal burning produces a hazy atmosphere. That’s great for diffusing light, but makes it hard to grab any wide establishing shots.”

Smog wasn’t the only challenge. Closed Course was a mobile shoot, covering a lot of terrain in a short amount of time. Greenberg found the cameras to be more durable and resilient than even he was in one instance. “We’ll call the α7SII battle-tested,” he said. “It survived a nasty fall better than I did. While shooting the longboarding episode, I was tracking behind our professional riders on a skateboard around 25 MPH when a flock of sheep caused us to brake suddenly. I got eight screws and two plates installed on my collarbone, and the α7SII walked away with only a couple scrapes – still fully functioning.”

After fighting against the clock to shoot 10 episodes and create promotional content within six weeks, the team prevailed.  “We had a dozen or so XQD cards for the three FS7’s which was generally enough to shoot all day,” Greenberg said. “Let’s just say our DIT ate lunch before he needed to dump any cards.  We generated nearly 10,000 clips during the 15-day shoot and cataloging these was a monumental task.  The ability to drop the MXFs directly into Premiere proved perfect.  It’s a great workflow to skip transcoding entirely.  I had a master project file inside Adobe Prelude which proved useful but found Sony’s Catalyst Browse the fastest way to scrub through footage to find specific shots when refining edits.  After locking cuts, I exported ProRes HQ versions that we graded at Click3x in NYC.”

As original content and over-the-top programming expands through outlets and channels like Whistle Sports, so do the interesting stories Sony’s cameras help capture and tell. 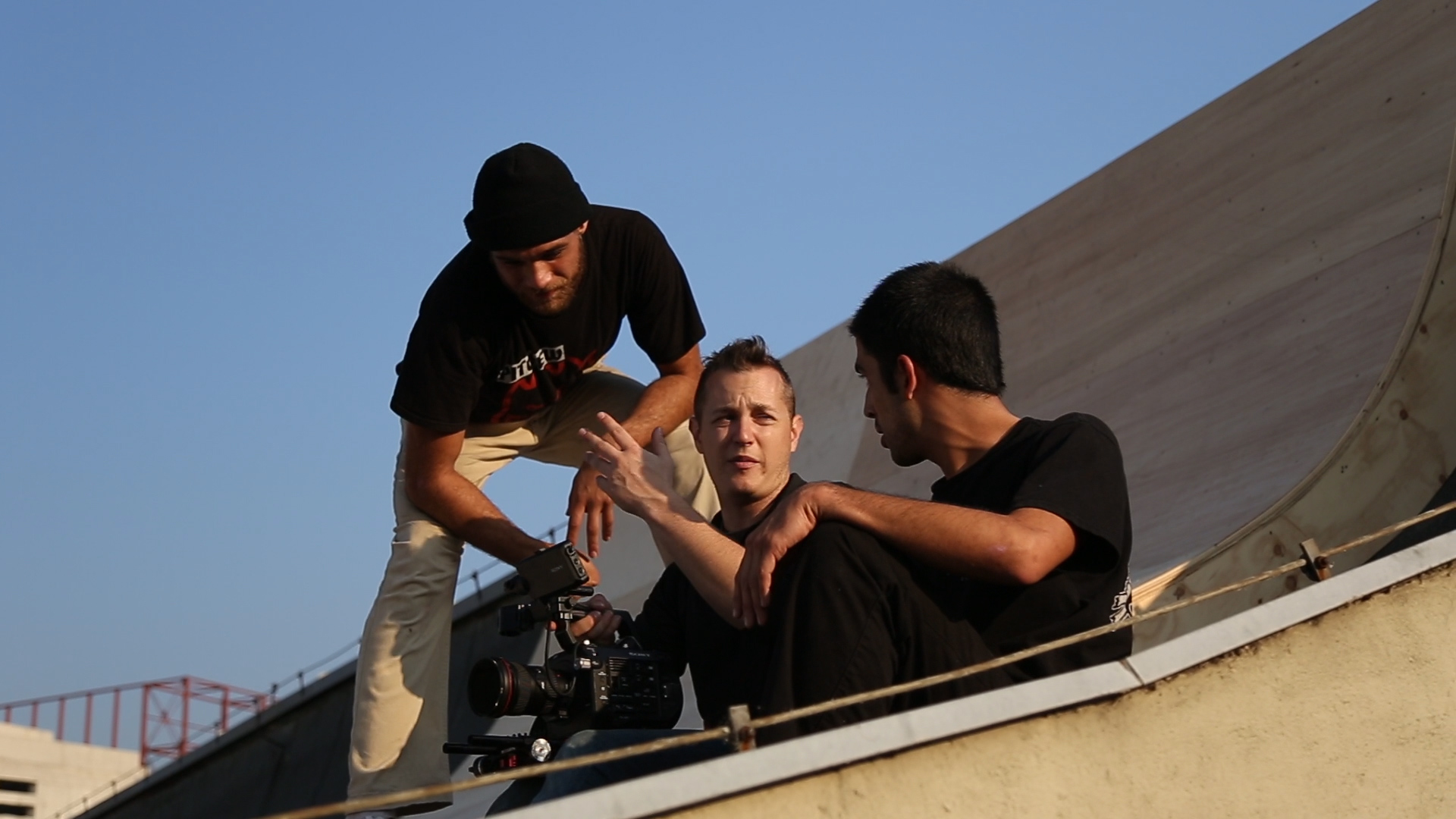