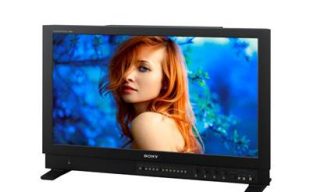 Sony is expanding the capabilities of the BVM-X300 OLED master monitor, giving users more flexibility and more features for HDR and 4K production applications. Starting in October 2016, this updated version of the BVM-X300 will feature upgraded firmware including additional HDR EOTF and function support, new hardware with an HDMI input for easy connection to cameras or Blu-ray players, and a second 3G/HD-SDI 4K input for simpler system integration.

Since the BVM-X300’s release in early 2015, it has been adopted by major post-production houses for color grading and used for monitoring and quality control on the sets of television shows and films.  “This monitor has become the de facto reference standard for 4K and HDR grading in the post-production suite, and it’s also making its way on set and into mobile production,” said Gary Mandle, Senior Product Manager for Professional Displays. “These new updates make the BVM-X300 even more adaptable as production requirements grow increasingly demanding.”

Current BVM-X300 owners who want to add the HDMI and second SDI inputs on their monitor will need to contact a Sony service center. Implementation will require hardware and software modifications at chargeable cost. Older units can download the free V2 firmware upgrade from the Sony website.

Revised pricing for the upgraded version of BVM-X300 will be announced separately.
http://bit.ly/2aiPn9p