Sony’s VENICE has new features and capabilities, including the option to detach the camera body from the actual image sensor block, and continue filming. The system can be seen, for the first time, at Cine Gear Expo. 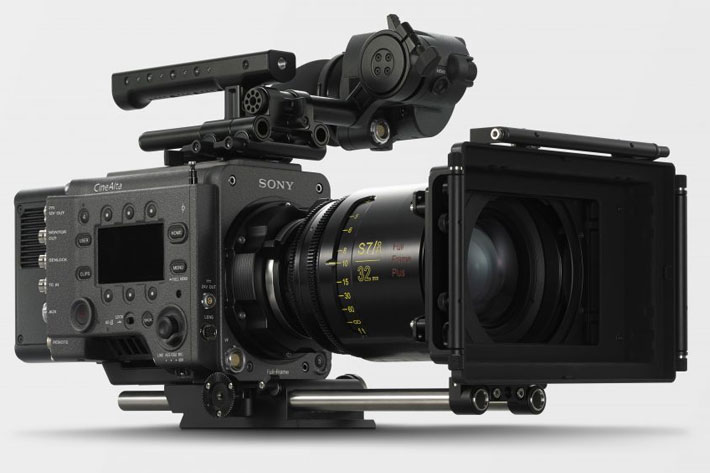 Dual base high ISO 2500 and variable frame rates are some of the new features of the VENICE CineAlta full-frame camera, which James Cameron will use for the Avatar sequels.

Sony announced new updates and developments for its VENICE CineAlta motion picture camera system including version 2 firmware, which has been advanced and will now be available in the beginning of July 2018. Version 2 adds new features and capabilities specifically requested by production professionals to deliver more recording capability, customizable looks, exposure tools and greater lens freedom.

“VENICE was born from the voice of cinematographers,” said Peter Crithary, marketing manager for motion picture cameras, Sony Electronics. “Their voices continue to fuel the ongoing development of this powerful camera with the mission to make a real difference in their daily work. These new enhancements provide professionals more freedom to hone their craft, and also protects their investment.”

Here are some highlights of the features included in the VENICE CineAlta motion picture camera system: 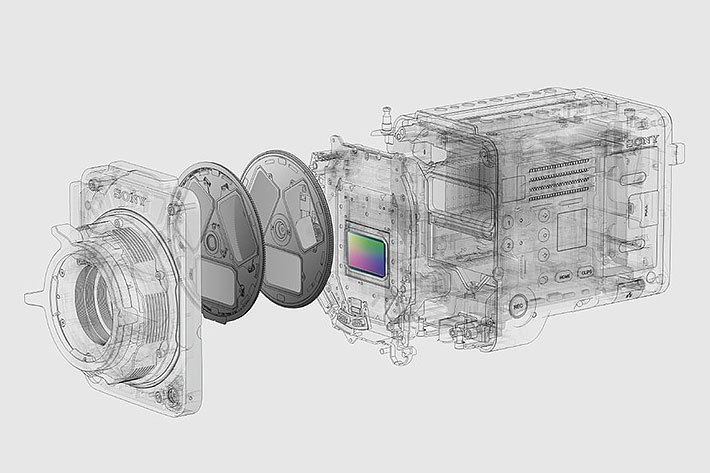 Sony also revealed details of a a planned optional upgrade to support high frame rate – targeting speeds up to 60 fps in 6K, up to 90 fps in 4K, and up to 120 fps in 2K to be released in North America in the spring of 2019, which is the exact timing, as James Cameron confirmed that he is shooting the Avatar sequels with the VENICE.

The announcement by James Cameron takes us to another aspect of Sony’s camera: the new VENICE Extension System being demonstrated at Cine Gear Expo 2018. The Full-Frame tethered extension system allows the camera body to be detached from the actual image sensor block with no degradation in image quality up to 20 feet apart.  This is the result of a long time collaboration between Sony and Lightstorm – it began in 1999 – resulting in the development of a unique extension system allowing the camera body to detach from the actual image sensor block.

A similar approach has been adopted for VENICE, with each sensor and camera body connected by a cable at distances of up to 20 feet with no degradation in image quality. For the upcoming Avatar sequels, multiple VENICE cameras will be paired in various 3D stereoscopic rigs. Using the new Sony cabling system, the only part of the VENICE carried on the rig will be the image sensor optical blocks, significantly reducing on-board camera weight to about three pounds per sensor block. By lowering the weight and improving ergonomics, Cameron and the Lightstorm team will have the ability to shoot with greater flexibility and freedom.

“This new tethering system is a perfect example of listening to our customers, gathering strong and consistent feedback, and then building that input into our product development,” added Crithary. “The ‘Avatar’ sequels will be among the first feature films to use the new VENICE Extension System, but it also has tremendous potential for wider use with handheld stabilizers, drones, gimbals, and remote mounting in confined places.” 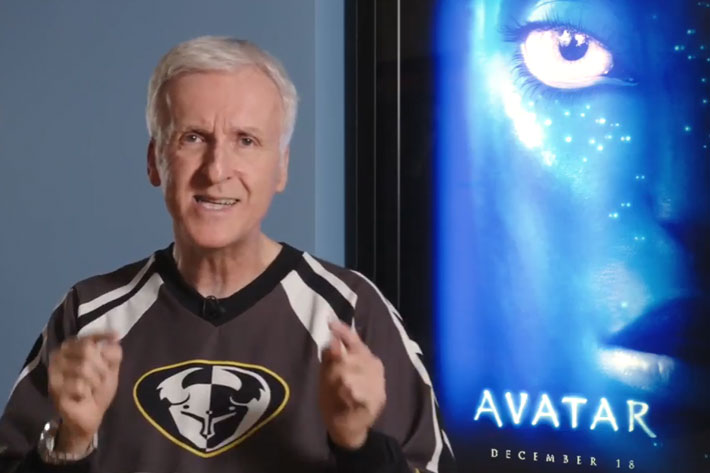 James Cameron’s Lightstorm Entertainment will use Sony’s new VENICE motion picture camera system for principal photography on the upcoming “Avatar” sequels. While principal photography is expected to begin first quarter of 2019, performance capture is underway now.  The process is supported by a variety of additional Sony imaging technologies including multiple Alpha mirrorless interchangeable lens cameras, PXW-Z450 and PXW-320 camcorders and the compact RX0 camera.  The production is also using Sony’s F55 and Alpha cameras to record behind-the-scenes footage and stills. The introduction of the VENICE, with the Extension System, though,  will enable capturing what used to be impossible, taking the Avatar saga to a whole new level.

The first “Avatar” movie, released in 2009 and also shot on Sony professional cameras, shattered box office records with its compelling story, immersive 3D and stunning visuals. These newest entries in the franchise will up the visual ante significantly with enhanced special effects, more elaborate production requirements and challenging live action sequences. According to Lightstorm, the Sony VENICE camera system was the right choice to continue the Avatar storyline and give audiences an entirely new experience.

“The VENICE camera delivers the most astonishing image I’ve ever seen,” said Director James Cameron, “The blacks are rich, deep and velvety, the highlights and source lights are amazingly bright. For the first time, we truly appreciate what the term High Dynamic Range means.”

“Our goal in this ongoing co-development collaboration is to enable Lightstorm to execute their vision and deliver their unique approach to storytelling,” said Neal Manowitz, Vice President of Digital Imaging at Sony Electronics.  “For Avatar, VENICE will be put to use in very demanding environments. The camera’s Full Frame sensor gives them complete flexibility and freedom to choose aspect ratios, various bokeh and lenses that match their shooting requirements.”