If you’ve ever dreamt of building a kit around the F55 or F5 camcorders from Sony, this is the time. Special promotions run until the end of September 2015. 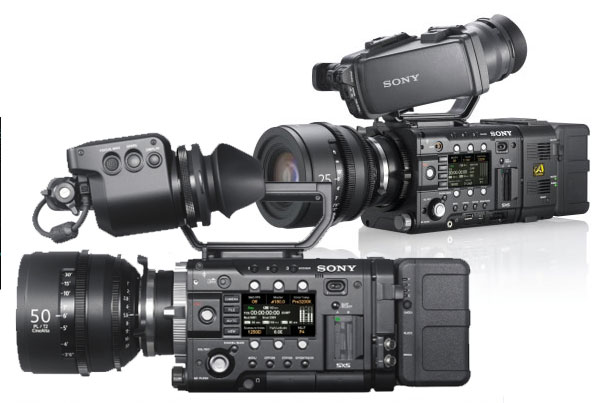 For a limited time, Sony is offering new F55 production bundles with the CBK-55PD codec board pre-installed, which adds Apple ProRes 422 and Avid DNxHD high definition recording. A free firmware upgrade available this Summer goes even further — enabling the codec board to also capture Apple ProRes 444 HD. On top of all this, buyers get a license for Catalyst Prepare, Sony’s powerful media management software.

Buyers can choose between the PMW-F55KALCD F55 Kit with LCD viewfinder or the PMW-F55KAEL F55 Kit with OLED viewfinder. The offer, which expires September 30, 2015, is not the only one from Sony. New F5 kits are available. On those Sony is pre-installing the 4K option, enabling internal 4K recording onto SxS cards and 4K live signal output via HDMI and 3G-SDI. Again, a license for Catalyst Prepare media management software goes into the new F5 owner/operator kits. And you can choose which one you want: the PMW-F5LCD4K F5 Kit with LCD viewfinder or the PMW-F5EL4K F5 Kit with OLED viewfinder. This offer also ends September 30, 2015. 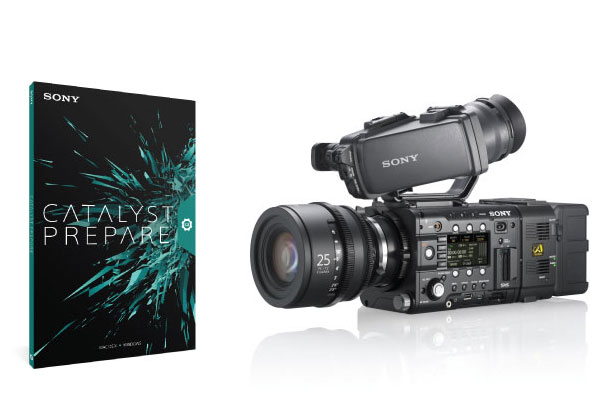 If you want to pair your F55 or F5 with Sony’s CBK-55BK shoulder mount dock, this is also the right time to do it and save $3,000. The dock is a game changer. Slide the camera into the dock and suddenly you’ve got the familiar ergonomics of a true shoulder-mount camera. Slip on a B4 lens (adapter sold separately), switch into Center Scan mode and suddenly you’ve got the same angle of view, depth of field, and operability as a run-and-gun ENG/EFP camera.

Buy one F5 or F55 until September 30, 2015 and you can add the CBK-55BK, at participating Sony Authorized Resellers, and earn a $3,000 instant rebate. There is more, though. If you need a wireless microphone and buy one Sony’s wireless mic transmitter (the DWT-B01/E body pack) together with a qualifying Sony camcorder (or the CBK-55BK shoulder mount dock) you receive a slot-in mic receiver, a $2,970 value, at no additional cost. This promotion ends on the same date. The qualifying cameras for this promotion are the PDW-850, PXW-X500 ,PMW-400K / L / KCE / LCE, PXW-X320 / CE and PMW-320K / KCE. 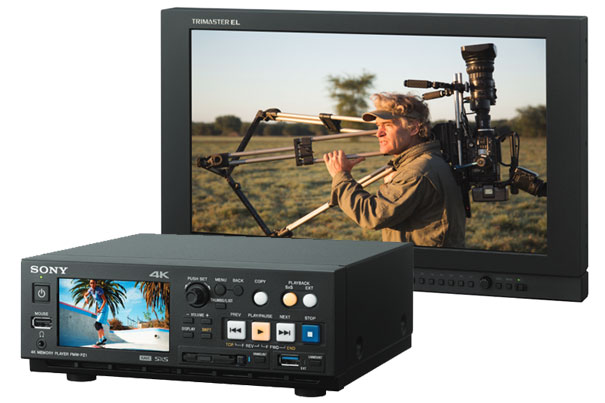 Pair up the Sony F55 or F5 cameras with one of Sony’s monitors and players, and you get access to another promotion running until the end of September. When buying the PVM-A170 TRIMASTER EL monitor and/or the PMW-PZ1 player with one of these cameras you get up to $750 in instant benefits, through Sony Authorized Resellers.

The PVM-A170 TRIMASTER EL monitor showcases your footage with the extraordinary contrast and clear motion rendition of Sony’s exclusive OLED technology. At 17 inches (viewable area, measured diagonally), it’s the perfect companion on-set and in post. The PMW-PZ1 player is the compact, portable unit that brings advanced playback anywhere from the field to the producer’s desk to digital signage and trade show booths. It plays 4K, Quad Full HD and Full HD in XAVC Intra and XAVC Long codecs now, with MPEG HD422, MPEG HD (420) and XAVC S playback supported by a firmware upgrade planned for Fall 2015.