PMW-200, NEX-FS700, plus the α7S used to achieve a first-person “home movie” perspective 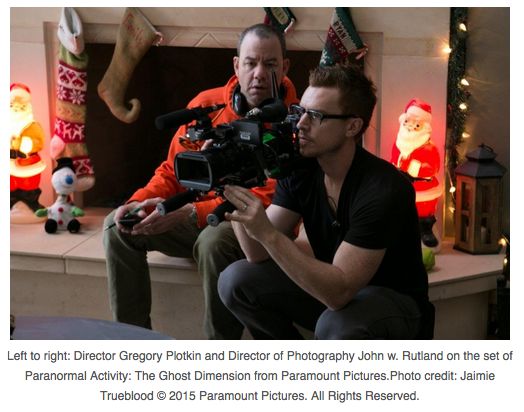 The action on-screen in Paramount Pictures’ new “Paranormal Activity: The Ghost Dimension” may be scary, but the production behind the scenes was anything but horrific.  For this sixth installment in the supernatural horror film franchise, which opens nationwide today, director of photography John W. Rutland and his team set out to create a new type of look while maintaining the series’ familiar feel audiences have come to expect.

Rutland used a combination of three Sony camera models — the professional PMW-200 and the NEX-FS700, plus the α7S full-frame interchangeable lens camera — to achieve a first-person “home movie” perspective with a level of quality that held up to the big screen.

Each camera was chosen for different reasons, but all shared common traits: portability, ease of use and low-light performance, since many scenes take place at night or in dark interiors. 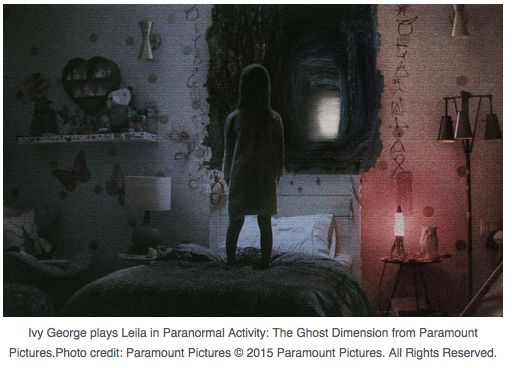 “There are so many factors that go into choosing a camera,” he said. “It was great having this flexibility with different looks and sizes. It made the movie turn out exactly the way we hoped.”

To remain consistent with the “Paranormal Activity” franchise’s use of first-person perspective, Rutland wanted to give the actors a camera that was small and simple enough to use, as if they were shooting a home movie.

“Having the actors actually operate the cameras really gives a much more realistic feel,” he said. “Where I might operate the camera my way, and it will look too clean, they might shoot it in a ‘sloppy’ way, but it’s perfect for the story. It had to have a raw look, not too clean or polished but still high quality. Since we were doing a lot of shooting at night, in low light, and lighting with practicals instead of using traditional movie lighting, the cameras needed to do well in low light.”

The “home movie” camera the actors used was the PMW-200.

“That was easy enough for the actors to use, it had a good look, and the images held up well when blown up on a big screen,” Rutland said. “It had the right look but an actor could easily use it in autofocus mode with auto exposure, plus it was small and handheld.”

“The camera did really well in lowlight,” he added. “We pushed it up to 9db gain in some cases. Six dB was preferred, but at 9, as long as we shot it a little brighter, to darken back down in post, it worked.” 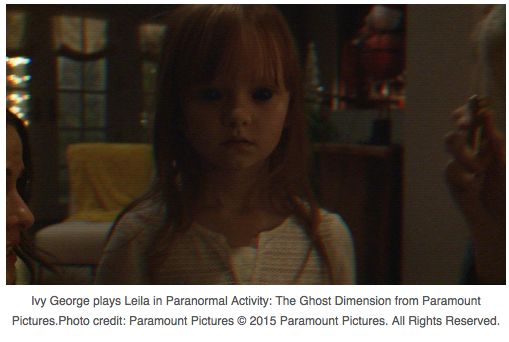 A main part of the storyline is when the actors find an old camera with footage on it that is central to the plot. For this, Rutland needed a camera that could resemble a traditional ENG-style shoulder-mount camera.

“We wanted a camera that was very different from a home video camera you hold at chest level in your hand,” Rutland said.

That specialty camera was the FS700, built-out to look like a shoulder-mount ENG camera and outfitted with a Cabrio Fuji 19-90 lens. In addition to being a set piece in the movie, the FS700 was also used by Rutland to shoot specific scenes.

“I would operate that camera because it was heavier and a little too advanced for the actors,” he said. “Also that camera played a lot at night. We shot with the FS700 at 6400 ISO at night and 3200 in the daytime, and when we watched it on a big screen, it was amazingly clean, with just the right amount of ‘intentional’ noise for the movie. I would shoot it a little bright and then bring it down in post, which would help take the noise down even more.” 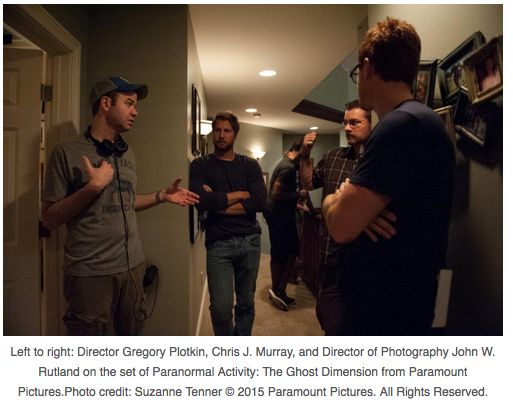 The FS700 was the go-to camera for the main set pieces and the nighttime “big scares” in the movie.

“I’d have it on my shoulder and we’d be able to shoot at 6400 ISO, so the lowlight capability was great,” Rutland said. “With its super 35mm sensor, there was a visual difference between the FS700 and the PMW-200. That was important to the story because you want to see subtle differences when the family has their little home movie camera and when they are looking at this special camera they’ve found. We enhanced the differences even more in post by adding scan lines and other weird video artifacts to the footage found in the FS700.”

“There is a scene where a character vomits right at the camera, and when you see it – hopefully in 3D – it’s pretty crazy,” he said. “We shot that as a composite of different elements. The actress did her take with nothing in her mouth, faking it. Then we shot a plate of an effects tube blowing this black sludge at the camera. We shot it at a much higher frame rate, so you really feel it coming right at you.

“If we had shot that at 24fps, it wouldn’t have had nearly the impact it does in the final result,” he added.

While Rutland shot with all three Sony cameras, the actors only used the PMW-200.

“They used it in Auto Focus mode and that worked well, but we also hooked up a single-channel follow focus to the camera’s iris,” he said. “That way I could pull iris from the wireless monitor. For example, they might point the camera at a big bright window where a character is standing and they’ll expose for the character rather than create a silhouette and expose for the window. By hooking up this follow focus, I was able to pull iris throughout a take and be able to pick and choose what the exposure should be.” 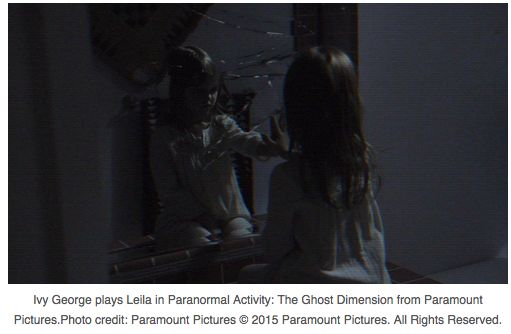 The production used two PMW-200 cameras: one was always stripped down, the other was built-out with a shoulder rig, monitor and the wireless follow-focus. “Having the two always ready was important because we moved really fast on this shoot and shot a ton of footage,” he said. “Having everything built out and ready was key for us so we could grab and go.”

The third camera used was the A7S, a full-frame interchangeable lens camera in a compact body. This was the movie’s “security” camera, used to lend a surveillance feel, which is another recurring element in the “Paranormal” movie franchise. Seven A7S models were positioned around the main house set, in out-of-the-way spaces, under cabinets or on bookshelves. It ended up working out perfectly for the film and the camera’s size and low-light performance really impressed Rutland.

“In one test, I increased the ISO in one stop increments from 3200 to 102400 and it was crazy how noiseless the camera was at really high ISO,” he said.  “Another time we had the Camera Assistant walk around the big open 2-story house with just a lighter and it was lighting his face and the whole room to the right exposure. Incredible!”

The A7S helped the team get the wide angle “security camera look” they wanted.

“A full frame camera like the A7S has shallow depth of field,” he said. “To get around that and make everything stay in focus like a security camera would, we cranked the ISO up to 51200, and we stopped the lens down to f.8. That way, we could shoot in low light, get the right kind of texture and grain we were looking for and keep everything in focus. Even at 51200 ISO we actually had to add grain in post because it was too clean. ” 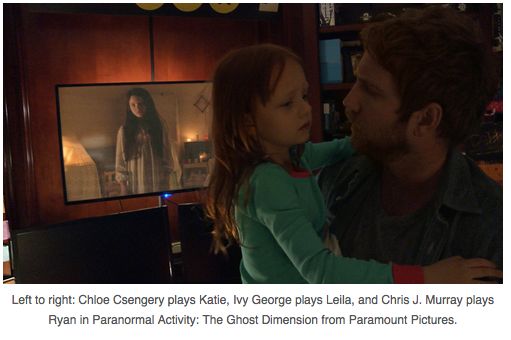 In the final cut, all three cameras matched well to produce a viewing experience that clearly had different looks but one overall cohesive feel.

“I’m a big believer in the right tool for the job,” Rutland said. “Choosing a camera is like deciding what film stock is most appropriate for the story. For our story, these three cameras were the right tools for us.”