A director’s singular vision and quest for filmmaking without limits 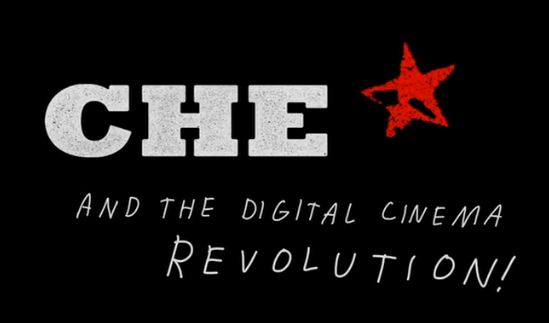 The upcoming Criterion release of Steven Soderbergh’s “Che” has a brilliant little featurette in the disc that talks about the Red One camera, and how digital cinema affected the production of this film. If you aren’t familiar with the story, Soderbergh basically took the Red One camera’s digital promise on faith, and was the first to use the system in a true production environment, and a very rough one at that. “Che” was shot on-location in the damp jungle and in extremely hot conditions. Essentially a trial by fire situation for a camera that was largely untested for real production.

Watch the featurette “Che and the Digital Cinema Revolution” in the video playlist embedded below the fold.

Throughout the course of these interviews, a portrait of Steven Soderbergh emerges…he is driven, unrelenting, and wants no compromises in production and post. He seems willing to cede a number of technical concerns that would cause most directors to pause, in exchange for greater control and flexibility in attaining his filmmaking vision.

The film was shot in two parts. On the first shoot, Steven talks about waiting until the last minute and even pushing the production schedule a week later to allow Jim Jannard and Co to finish their camera systems. Bear in mind that the Red One at that point was very very very beta, lacking even basic features like timecode. Says Steven:

“…this was necessary on a creative level for me to have these cameras. And I was willing to put up with anything in order to get them. And I really didn’t care if there were problems, if the heat was an issue, we had to put icepacks, I just didn’t care. I just felt like we have to have these…to the extent of refusing to accept delivery of a film camera package in Spain. I wouldn’t even let the production order them. It got pretty tense there for a while, because people were wondering what we were going to shoot on if the Red wasn’t ready.”

Steve Meizler, Soderbergh’s understandably nervous First Assistant Cameraman, talks about how a week before the production was slated to start, they tested the Red and encountered dropped frames, the so-called “green screen of death.” Turns out it was something to do with the CF cards. Red spent that week figuring out how to fix the issue, and the fix arrived on the first day of “Che” production at 5am. Jannard then sent a support team to Spain to help troubleshoot issues on-set. On the very first shot they encountered the camera overheating issue, which led to them using icepacks on the camera body to help combat the intense heat. Turned out that the temperature sensor was in the wrong location in the body, the camera was reporting an overheat before it was actually too hot. This ultimately led to a design change.

One of the comments from Steven that really struck me comes in Part 2, where he addresses the “resolution pissing contest” that has made the rounds in the industry for the past few years. His response when Red told him they were coming out with higher resolution cameras beyond the Red One’s 4K capabilities?

“…thats really great, but I don’t really need more than a full-on 2K image. I can’t see…my eyes can’t resolve beyond that, so I don’t know what a lot of these discussions are about, when we get beyond 4K I don’t know what we are looking at.”