Based in Greenville, South Carolina, Skyline Post is many things to many people. Founded by ad agency and post-production veteran – and current Skyline CEO – Randall Owens six years ago, Skyline combines qualities of an ad agency, a post facility, a boutique production house, and a branding consulting group into a unique blend that has attracted a wide variety of customers.

With a recent expansion of services and a growth of employees to 15 strong, Skyline is feeling good about its future. Part of that future will include Autodesk Smoke professional video editing software, which the company licensed to enhance its editing, finishing, and color correction services.

“I’ve been involved in production and post-production for just about as long as I can remember,” says Owens. “There has been a massive amount of change in the industry during my career, but Autodesk has always been a well-respected company. To stay on top of our game and our market, we needed much more powerful editing software, and from a company that our existing and prospective customers would know they could trust. Autodesk Smoke fit that bill perfectly.” 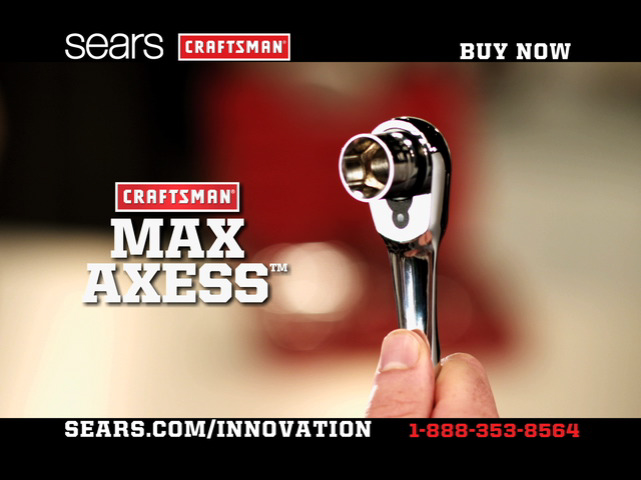 The Challenge
A significant portion of Skyline customers, according to Owens, are large advertising agencies and corporate marketing groups in large companies. As other commercial editing software and systems were growing more basic in an attempt to garner more general consumer interest, Owens noticed a somewhat disturbing trend.

“More customers were trying to do in-house what they previously asked us to do,” he says. “What we do for our customers is about much more than software, of course, but some people saw it as a way to cut costs. We needed to show them how much more we bring to the table. For editing, finishing, and color correction, Smoke is much more powerful than anything they could use in-house, and it gives us more chances to show what we can do.” 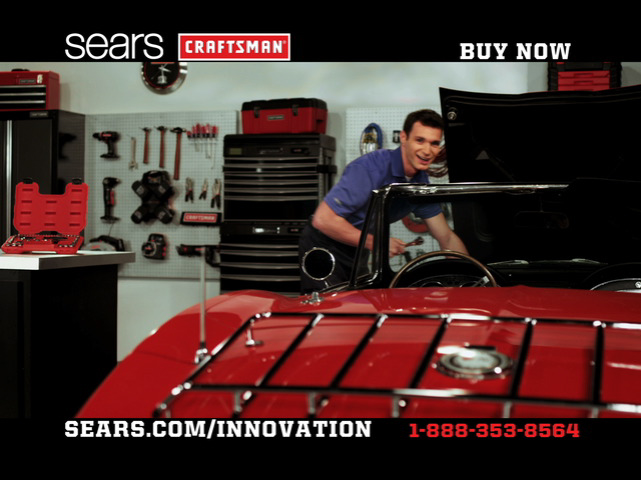 It wasn’t long before Skyline had a chance to try out its new tools. After creating a couple of web videos to bring himself up to speed, Skyline Smoke Artist Brian Cooper got to work on a challenging national spot for Craftsman.

“With the tight deadline on the spot, I initially thought I would cut everything in other, more familiar software, and then bring it into Smoke for finishing,” he says. “After getting more comfortable in Smoke, though, I decided to do everything in one system. In fact, when I went back to our old software, it felt way too basic. With Smoke, I’m able to do in minutes what would have taken me forever in any other software.”

In addition to fast turnaround, the Craftsman spot held a number of challenges ideally suited to Smoke, says Cooper.

“There were all kinds of cool things I was able to do on the spot that would not have happened with another software package. Probably the biggest thing was the amount of on-screen text the spot required. Every shot had moving elements, a dolly or jib move in every scene. With all that movement, the text just seemed to sit there.”

The Result
Using the tracking tools in Smoke, Cooper was able to bring added vibrancy to the text on the screen: “I decided to track the text to something in each scene,” he says. “Whether it was the logo on the actor’s shirt or another element, having the text track to an element added a really cool look. It was something I would not have even thought of doing in any other software, but it was a simple process in Smoke.”

Cooper also made great use of the Color Warper in Smoke when the natural light changed during a shooting session.

“They got two shots of a guy changing a tire that were in late-day, golden sunshine,” he explains. “But then the clouds came out. Using the color matching tools in Smoke, I was able to match the color of the third shot with the first two in just a couple of mouse-clicks. In our old software, that would have taken forever, assuming we could accomplish it at all.” 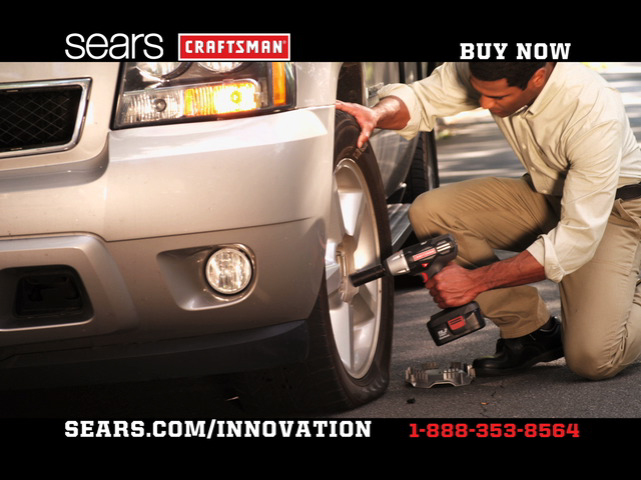 Still another challenge involved the need for selective color correction to change the color of a blurry Craftsman toolbox situated immediately behind an important product shot. When the client asked that the silver toolbox be transformed into a red one, Cooper was initially unsure whether it could be done.

“There was some huge depth of field in that scene, and the toolbox was really a background element,” says Cooper. “It would have been a real head-scratcher before, but with Smoke I did two quick masks over the toolbox and a Craftsman battery and did a color match. It took me about 10 minutes. It was just amazing.”

One thing seems certain: as Skyline’s popularity continues to catch fire, there will be Smoke involved.