Pair a Bolt High-Speed Cinebot with the Phantom VEO Camera and you’ll get some exciting results not possible otherwise. Gavin Free, from Slow Mo Guys, explains it all in a new video. 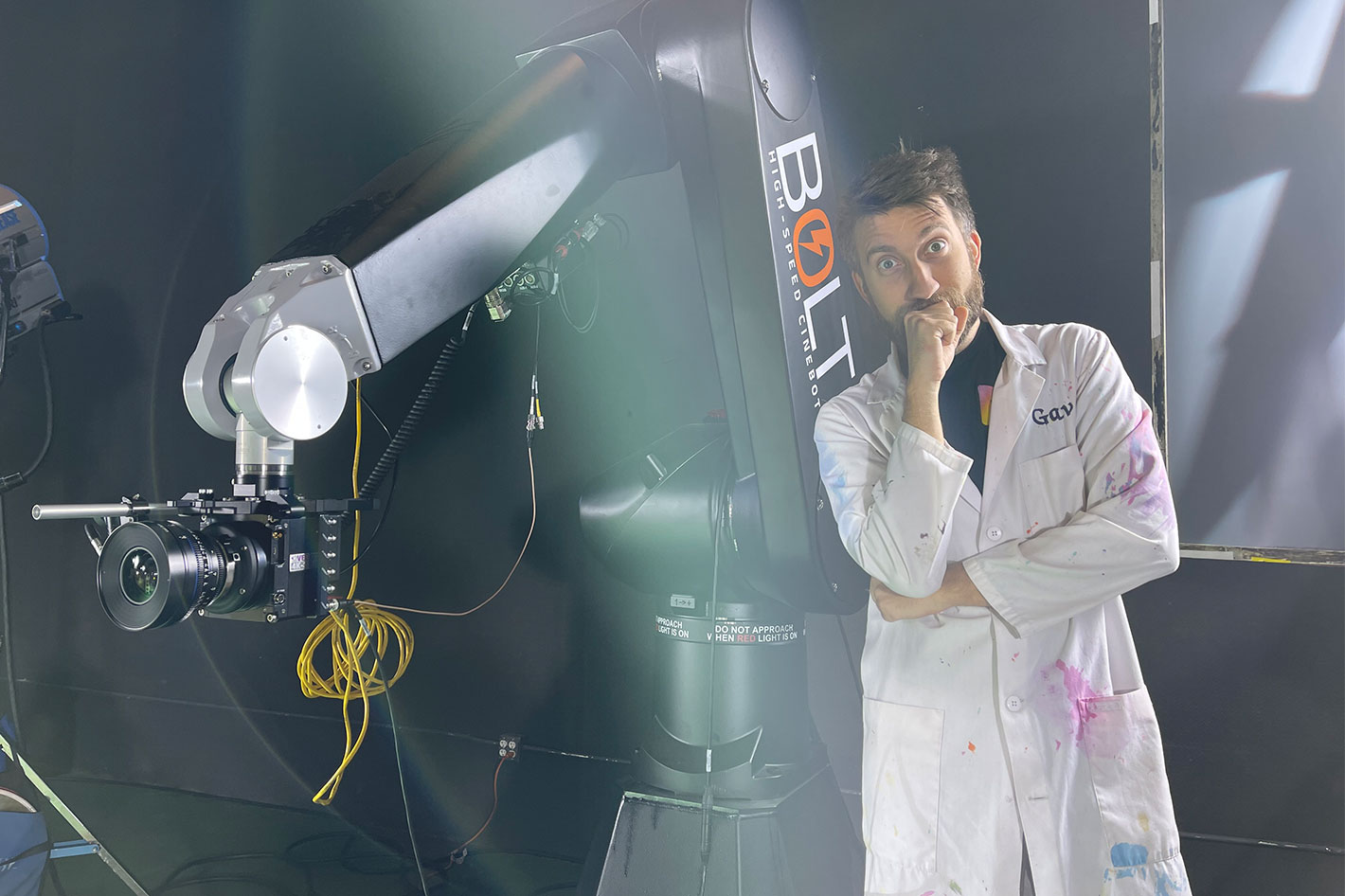 The masters of high frame rate, slow-motion, and internet breaking viral videos, the Slow Mo Guys, have added the Bolt High-Speed Camera Robot from MRMC to their arsenal.

Recently, Mark Roberts Motion Control (MRMC), a company with over 50 years of expertise in motion control robotics for the film & entertainment industry, introduced a new product, the Bolt Mini Model Mover. Now another Bolt product makes the news, as the masters of high frame rate, slow-motion, and internet breaking viral videos, the Slow Mo Guys, announce they added the Bolt High-Speed Camera Robot to their arsenal of content capture technology at their studios in the U.S.

The addition of the Bolt High-Speed Cinebot to their arsenal of content capture technology at their studios in the U.S. is a natural next step in the development of their spectacular slow-mo sorcery. The partnerhip with camera robot experts MRMC, a Nikon company, will allow them to to take their slow-motion skills to the next level.

The Bolt High-Speed Camera Robot is the fastest of its kind – capturing images in crisp focus that would be impossible by hand or any other method. The precision cinema robot adds an entirely new perspective to filming – whether shooting commercials, tabletop work, film or television.

The Slow Mo Guys will continue to push the boundaries of creativity by using the Bolt High-Speed Cinebot to capture some of their amazing slow-motion footage from new angles in clear crisp focus. Gavin Free already gave the audience a taste of what’s to come on a first video – Slow Mo with a High-Speed Robot – that shows the awesome results that can be achieved: in the video, available on the Slow Mo Guys channel Gavin paired the Bolt with the Phantom VEO Camera to get some angles and shots he’d never have been able to achieve by hand. It’s a pretty exciting development for Gavin: “I grin every time I see the Bolt.” 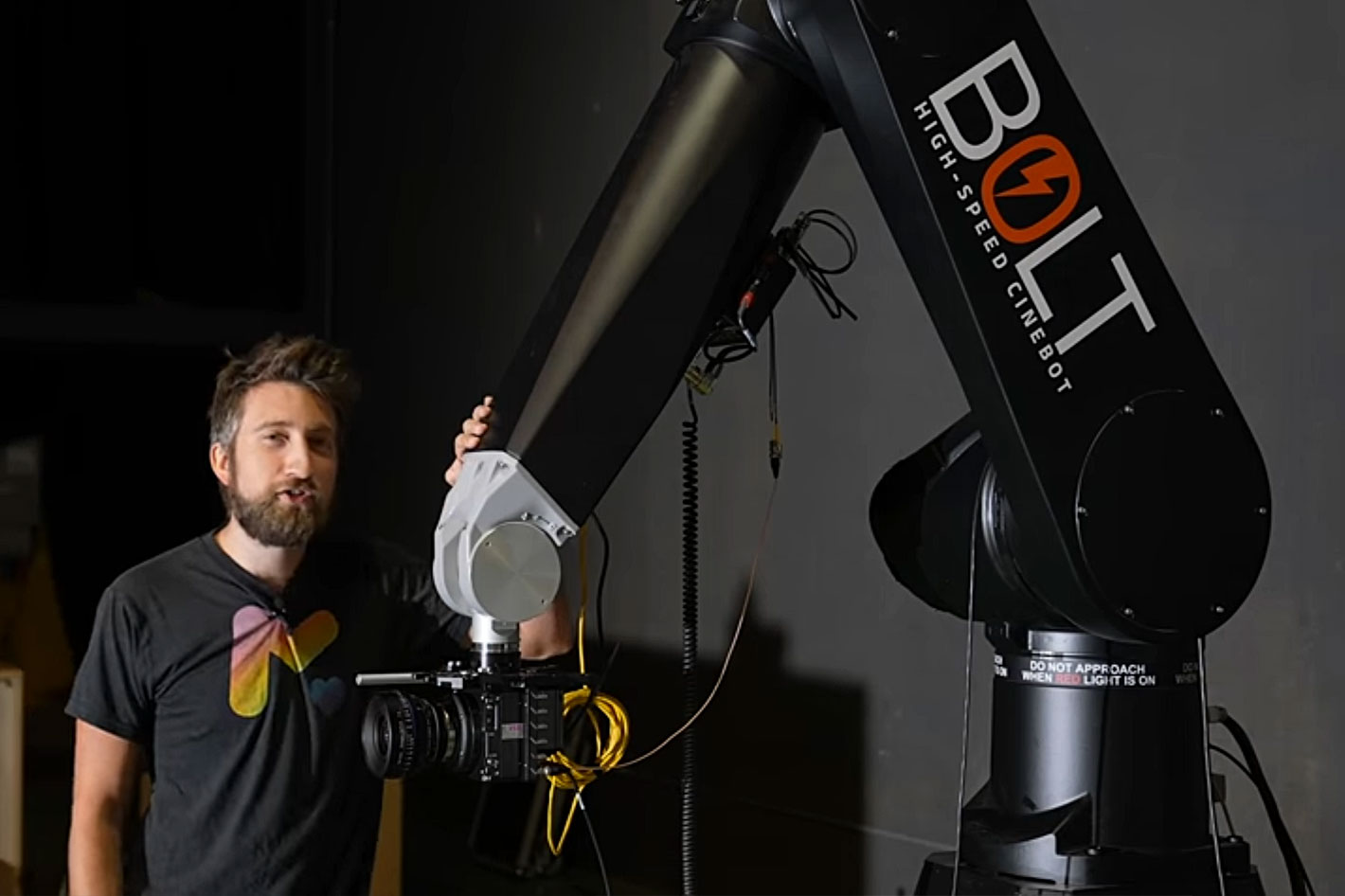 Over the coming months, the Slow Mo Guys will be using the Bolt Cinebot to push the boundaries of what is possible. This exciting partnership will give their millions of fans some incredible footage of never seen before angles, as the Bolt Cinebot goes from standstill to full high-speed motion and back in a fraction of a second, creating beautiful shots of their slow-mo capture at work.

On the collaboration, Gavin Free said it was such an honour when MRMC expressed an interest in the channel and offered ongoing access to such an impressive piece of machinery: “they use these on Marvel movies. This is upper tier!”

Dan Brooks, Head of Marketing for MRMC said “Like millions of others, we at MRMC are huge admirers of the Slow-Mo guys and the incredible slow-motion work that they create. We’ve always thought that the combination of our high-speed Bolt Cinebot with its precise high speed capture precision and the nature of the slow-motion capture work that Gavin and Dan do was such a natural fit, so we’re delighted to assist them with our flagship high-speed Bolt Cinebot robot. We’re really looking forward to it and are hugely excited to see what they create with it this year.” 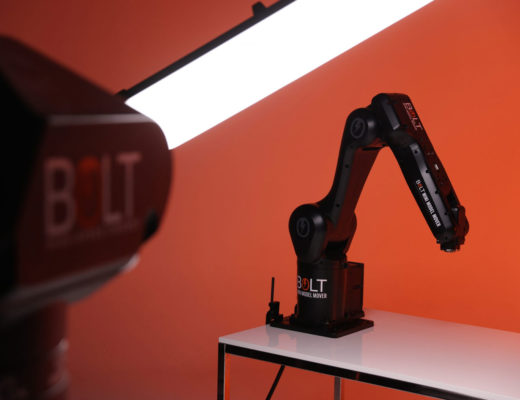 Big on creativity, low on price, the Bolt Mini Model Mover from MRMC is a versatile, lightweight, 6-axis high-speed... 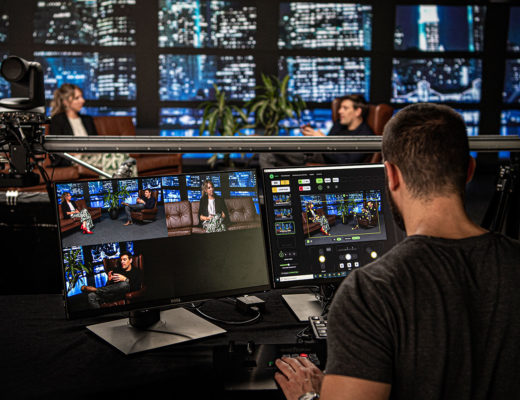 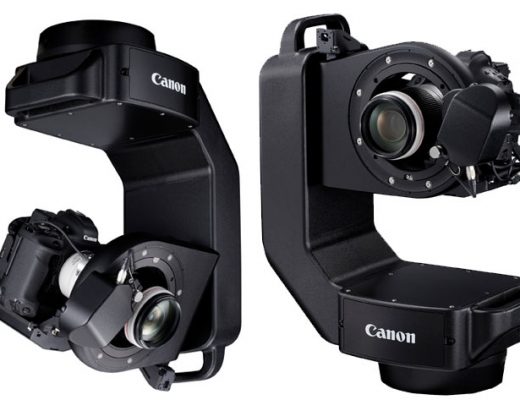 Photographers using Canon who need to capture still images from various viewpoints or angles now have a new accessory...