Built with the integration of Blackmagic Design’s technology, the new Virtual Production Innovation Hub from the Screen Industries Research and Training (SIRT) Centre will be officially launched on May 27th. 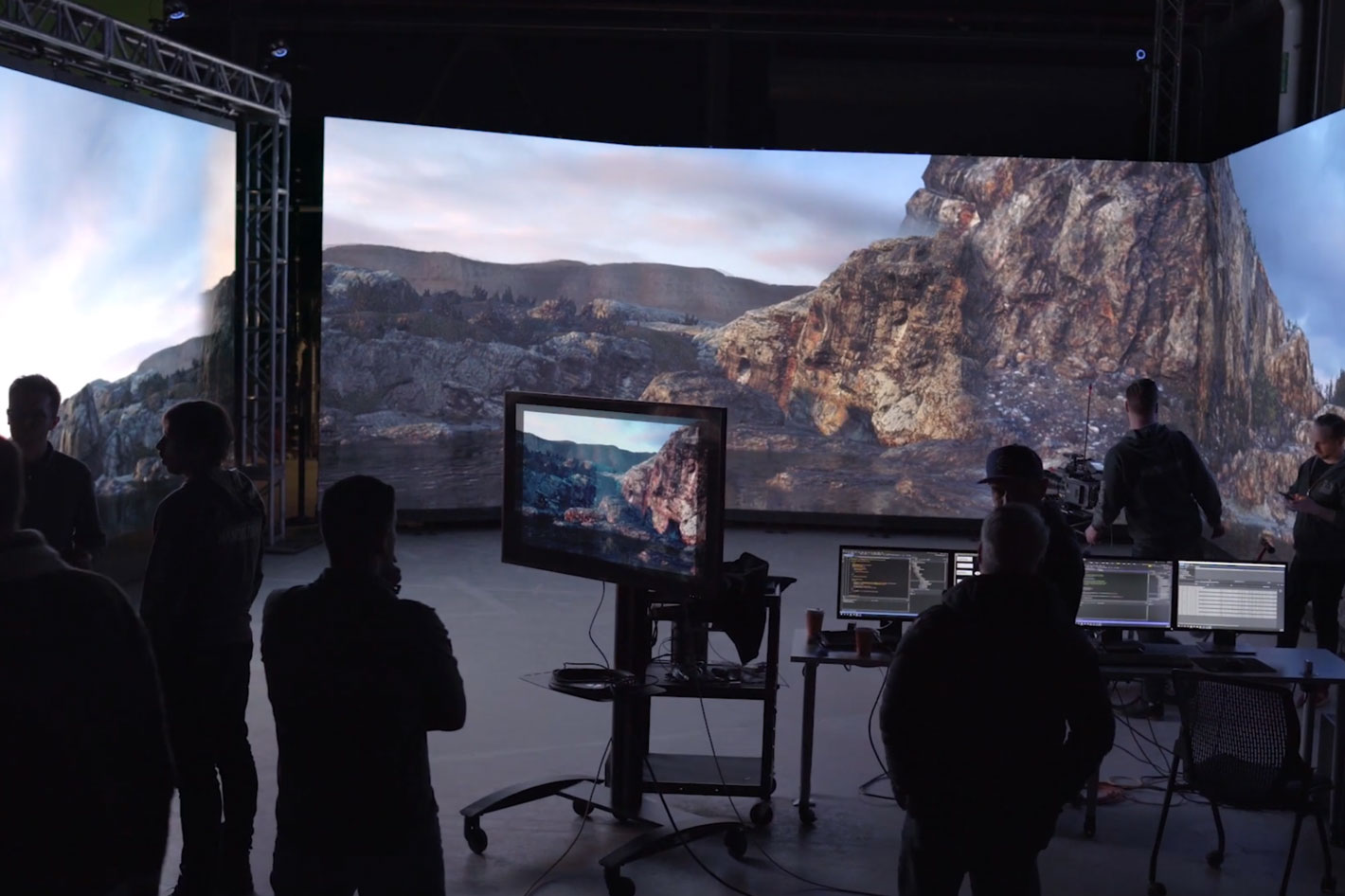 Virtual production has been transformative for content creators of all stripes, and it will be here long after Covid-19 is gone. SIRT is about to reveal its new cutting-edge virtual production space.

On May 27th SIRT – Screen Industries Research and Training Centre will officially launch its new Virtual Production Innovation Hub. Established by Sheridan College and located in Pinewood Toronto Studios, SIRT is a leading research center focused on digital image capture and creative processes for the film, television and gaming industries. The event, available via SIRT’s social channels, will include an introduction to their new cutting-edge virtual production space, as well as industry updates and keynote speakers.

Jason Hunter the Production Lead with a focus on virtual cinematography and environments at SIRT, says that “SIRT is a media based research hub that facilitates creative problem solving in many forms from testing  new technology solution to enhancing workflows we’re driven to provide the tools that allow companies to succeed in the ever-evolving tech industries with the advent of work from home being more enforced due to covet 19 sort of set up our own remote viewing solution thanks to Blackmagic products the main goal being to allow creatives to give their valuable input while still adhering to covid19 regulations”. 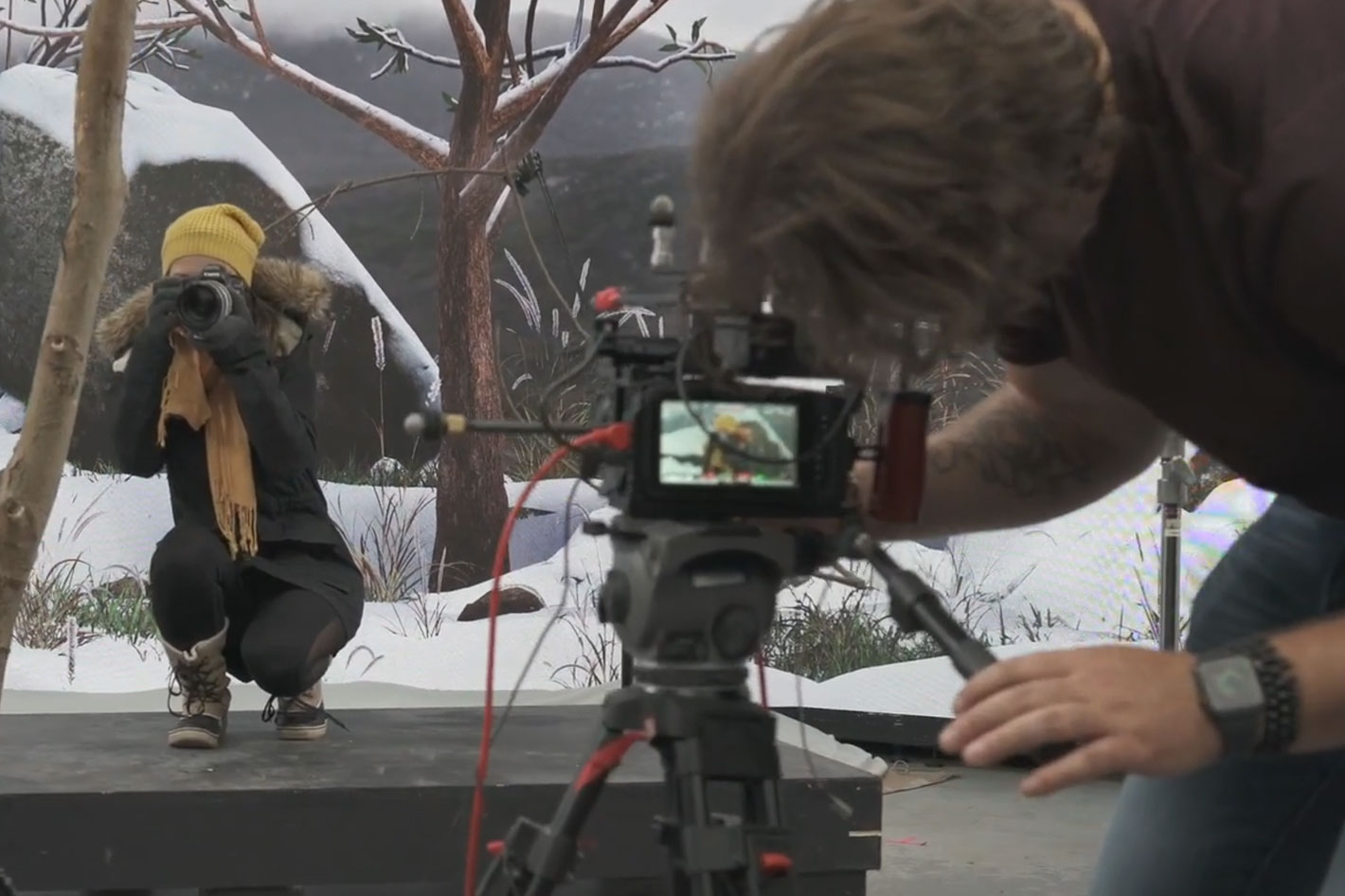 A video published recently by SIRT, paves the way for the official launch of the Virtual Production Innovation Hub, sharing more information about the use of Blackmagic Design’s technology. Jason Hunter explains, in the video, how different products from Blackmagic are used to power their virtual production workflow, so as to “allow people who can’t be here in person to have a direct and flexible viewing experience as well as allowing those who are present to communicate effectively back” adding that this is “especially important for our work in virtual production which is all about getting as close to the final image as possible in camera” to finally say “ it’s really cool when a key creative can see what’s happening live and see how it’s being  processed in real time.”

Virtual Production, an area of digital cinema workflow that deals with real-time use of computer-generated assets during different stages of the production process, including real-time animation through motion capture as well as real-time compositing utilizing a green/blue screen or LED wall that requires advanced camera tracking technologies, has been a key part of SIRT, and the institution has staff and equipment that address all of these areas of VP.

From concept to completion, SIRT has been advancing previsualization and other aspects of VP within content production and post-production processes and disseminating best practices across the digital media industry around the world. Extensive, collaborative projects involving virtual production within high-end digital cinema have provided SIRT with expertise in High Frame Rate and High Dynamic Range, stereoscopic production, performance capture and virtual cinematography using motion capture, real-time rendering, and simul-cam solutions integrating live action and computer-generated elements. This expertise also provides a foundation and informs our leading work in virtual and augmented reality. 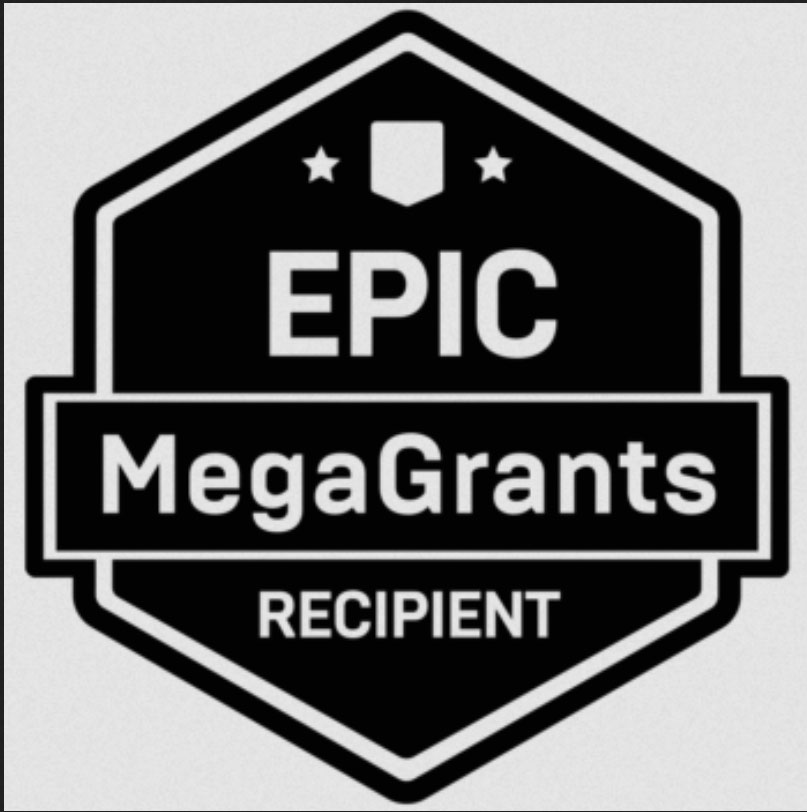 The launch of SIRT’s Virtual Production Innovation Hub comes on the heels of the announcement that Sheridan’s Screen Industries Research and Training Centre has been selected as an Epic Games MegaGrant recipient for 2021, a first for the Centre. The $100,000 (USD) Epic Games MegaGrant will be used to ensure the development of further innovations leveraging the Unreal Engine – the world’s most open and advanced real-time 3D creation tool. SIRT is at the forefront of this type of virtual production (VP) development, which has enabled its industry partners to innovate their VP workflows.

“We are very excited to be a recipient of an Epic MegaGrant. It will support SIRT’s efforts to maximize understanding and application of Unreal Engine with the next generation of students and content creators, as well as current industry professionals. SIRT and Toronto’s screen industries will be brought to the next level in terms of virtual production innovation,” says David Dexter, Director of SIRT.

The MegaGrant will help establish and support collaborative projects, locally, national and internationally, that will advance the screen industry’s use of Unreal Engine through partnered applied research and toolset development for film, television, gaming and virtual reality. The assistance will also support SIRT in its VP contributions to enhance institutional curriculum and applied research. Given the scale of Sheridan’s programming in animation, gaming and related areas, and the global distribution of its alumni, the outcomes of this grant will have a far-reaching impact. 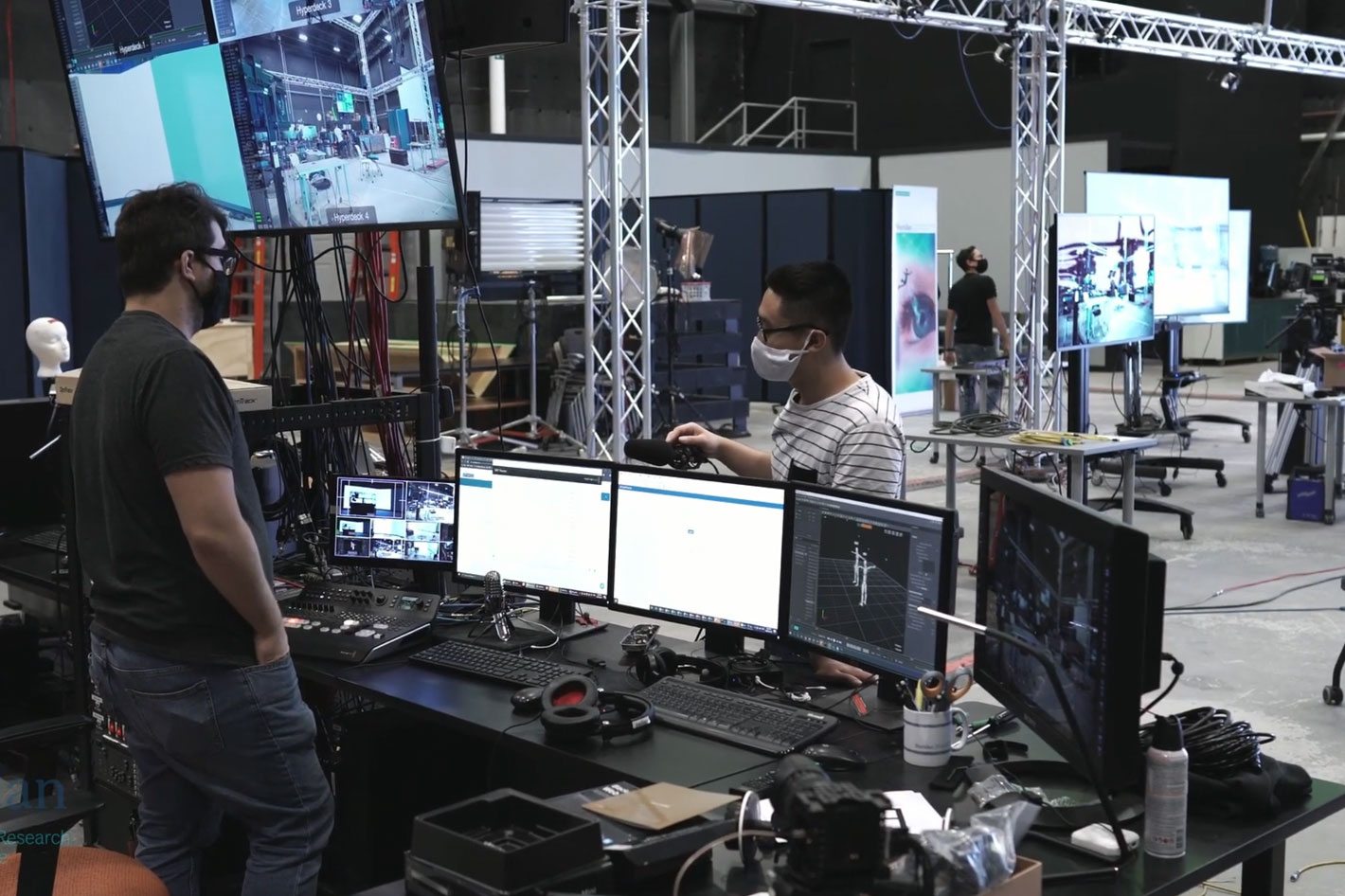 “Sheridan’s SIRT is a vital source of expertise, training and support for our partners in the screening and media industries,” says Dr. Vicki Mowat, Director, Research, at Sheridan. “This support will continue to secure SIRT’s position as a leader in virtual production innovation.”

“Virtual production has been transformative for content creators of all stripes, from film and television, to animation, immersive 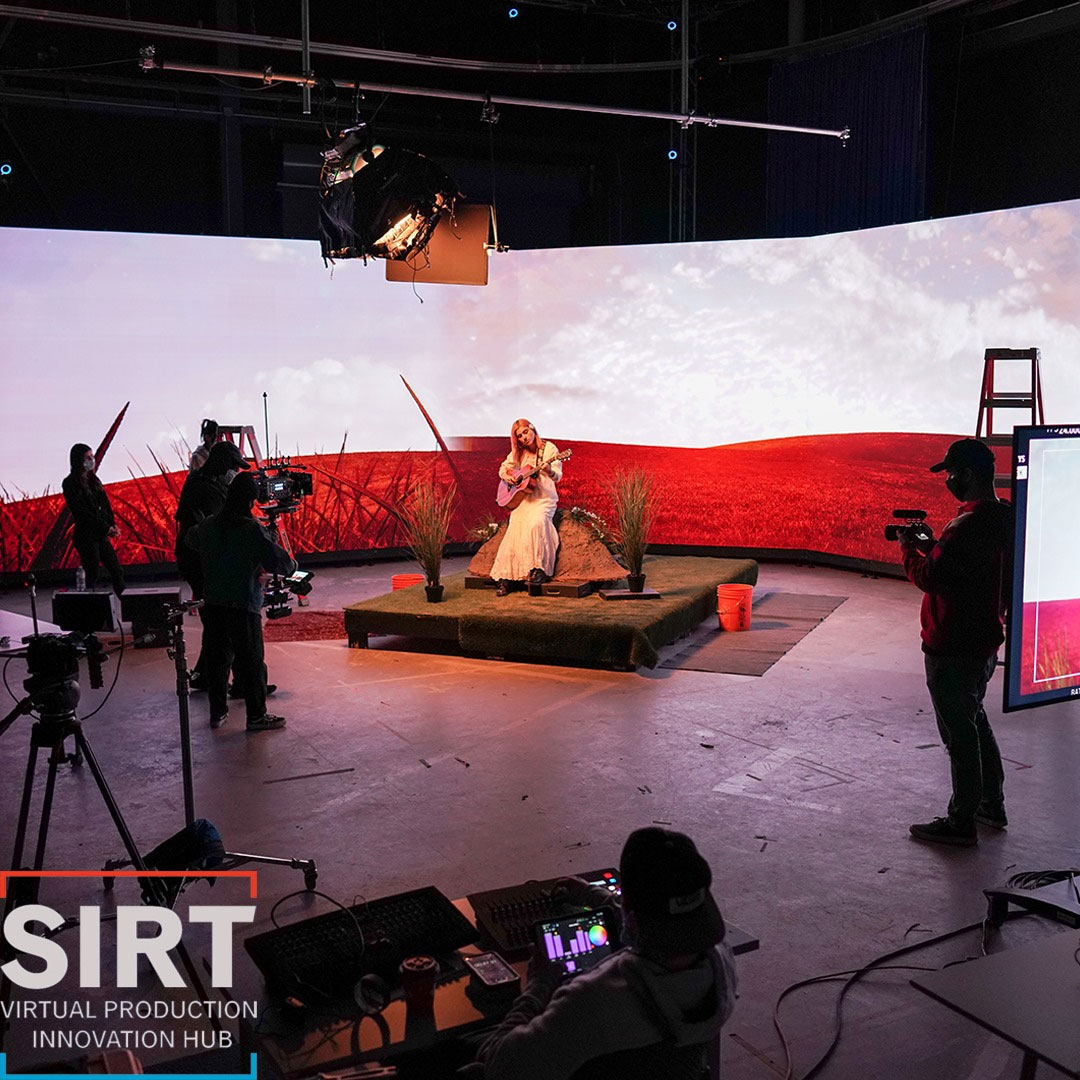 Expanding SIRT’s research and development capacity for virtual production employing Unreal will address an area of demonstrated regional and national need. The majority of Canadian businesses seeking to develop or incorporate virtual production are small- to medium-sized with limited resources to assemble the infrastructure and expertise needed. Additional capacity will ensure that SIRT can support more businesses adopt and innovate with virtual production, as well as provide industry-focused workshops and training.