GoPro is back with two cameras, one of them the much expected HERO6, which can be explained in three terms: image quality, stabilization and simplicity. 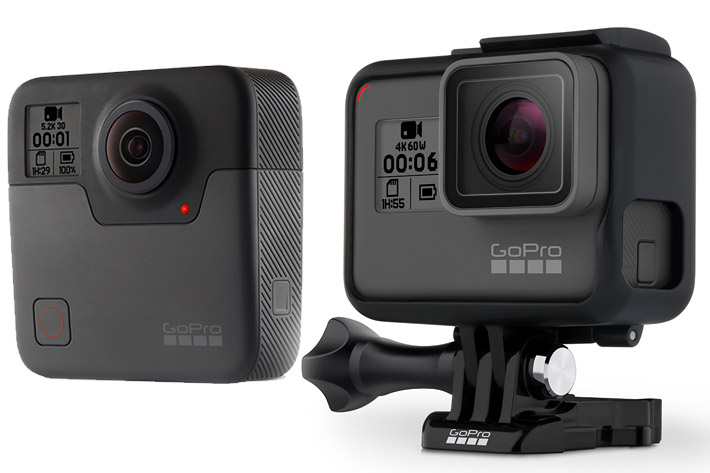 GoPro’s dual launch in terms of cameras offers users  a new model to expand the classic HERO family, the HERO6, and a bar-setting waterproof, mountable 5.2K spherical camera, the Fusion. Additionally, GoPro introduced new mounts and accessories plus new modes for its Karma drone, which can now be “upgraded” to a new camera.

Almost one year after the launch of GoPro HERO5 in Black and Session versions,  GoPro is back, with a new version, the HERO6 Black, announced as offering a new level of performance, including “stunning 4K60 and 1080p240 video and the most advanced video stabilization ever achieved in a GoPro”. 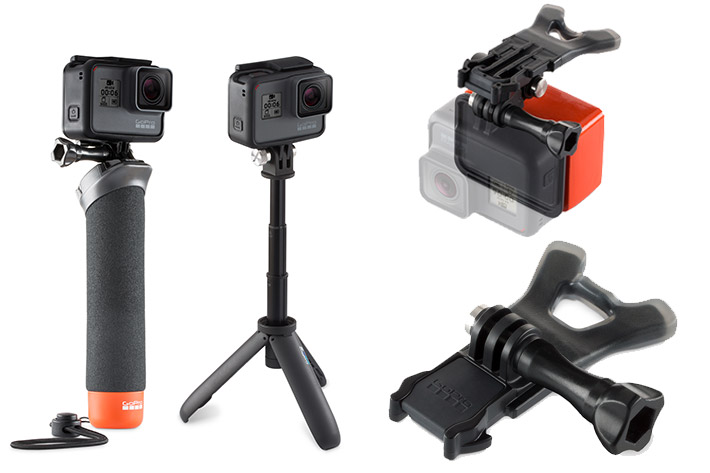 Waterproof to 33 Feet (10m), the HERO6 is compatible with GoPro’s drone, Karma, and existing GoPro mounts, and is QuickStories enabled and compatible with GoPro app, so users can automatically transform their adventures into cinematic QuikStory videos to share with the world.

QuikStories is an app feature that makes it easy to share short videos of your adventures. HERO6 is optimized for QuikStories with 3X faster WiFi. This means your footage will rapidly transfer from your GoPro to your phone where the GoPro App will automatically create QuikStory videos for you. 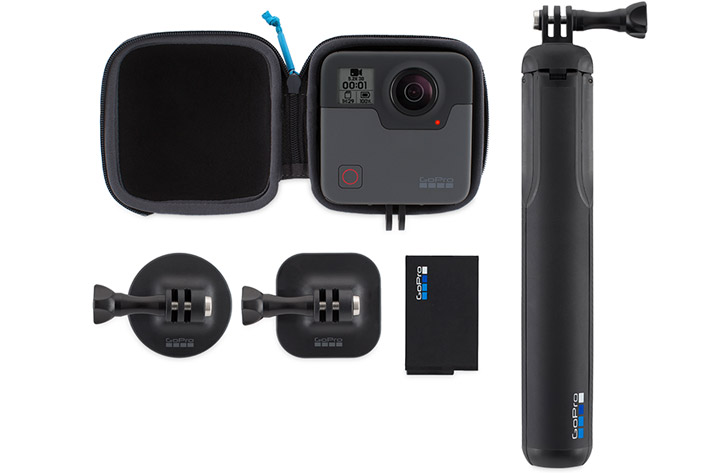 The second camera announced is the GoPro Fusion. With its ability to capture immersive 5.2K spherical content, the camera marks, according to GoPro, “the beginning of a new creative era”. Fusion captures everything around you so you’ll never miss the shot, “and gimbal-like stabilization makes it all shockingly smooth” continues the company. Use the GoPro App to play back and share your footage as VR content or use the app’s OverCapture feature to recapture and share your spherical shot as a traditional fixed perspective video. 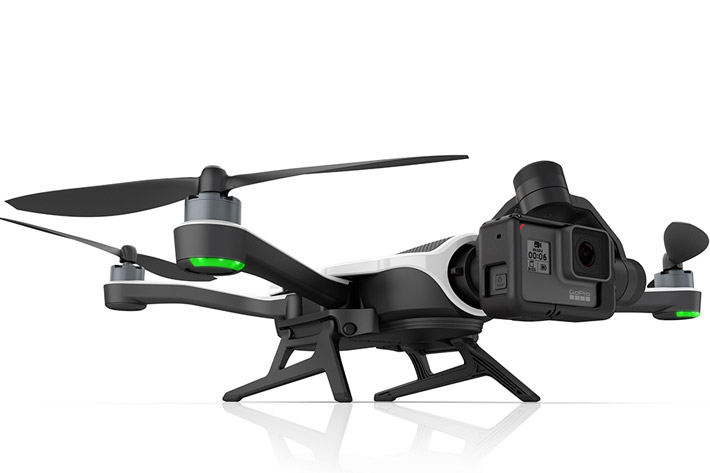 GoPro’s drone, Karma, is ready for the HERO6 Black, meaning owners of the drone can upgrade their image capturing solution to a new level of sophistication… and better  images. Karma also has some new features: two new auto-shot paths, Follow and Watch. Using GPS, Karma can now automatically follow the Karma Controller while you’re on the go, keeping you framed in the shot. The Watch auto-shot path will keep Karma hovering in place while it rotates, keeping the Karma Controller in frame wherever it goes. Other new Karma updates include an expanded Cable-Cam auto-shot path – up to 10 points for more complex shots  – and “Look Up” camera tilt capability, which as the name suggests, allows the camera to tilt upwards to look above the horizon. Current Karma owners may unlock new features via firmware update, available today.

GoPro also introduced a series of new products to expand the range of accessories for its gear. They are Shorty, the ultimate pocket-able extension pole and tripod, perfect for any activity, the Handler, an updated floating handgrip with a quick-release mounting feature, and Bite Mount + Floaty, a versatile bite mount with an easy-to-spot float, ideal for POV.

Follow the link to learn more about GoPro’s new mounts and accessories. Here at ProVideo Coalition we will have more information available as soon as Jeff Foster  gets back from playing with all the new toys GoPro had to show today. So do come back to PVC to read all about it.