Budget-friendly camera approved memory cards are a pleasant combination. Silicon Power appears to have such a combination.

Silicon Power is a Taipei headquartered storage industry company founded in 2003 by a group of enthusiastic data storage experts. Silicon Power manufactures flash memory cards, USB flash drives, portable hard drives, solid-state drives, DRAM modules, and industrial-grade products in-house at their production facility. Essentially, they make a lot of memory solutions for a lot of different uses. Their goal? Live up to the promise to reliably preserve and protect all your valuable data. 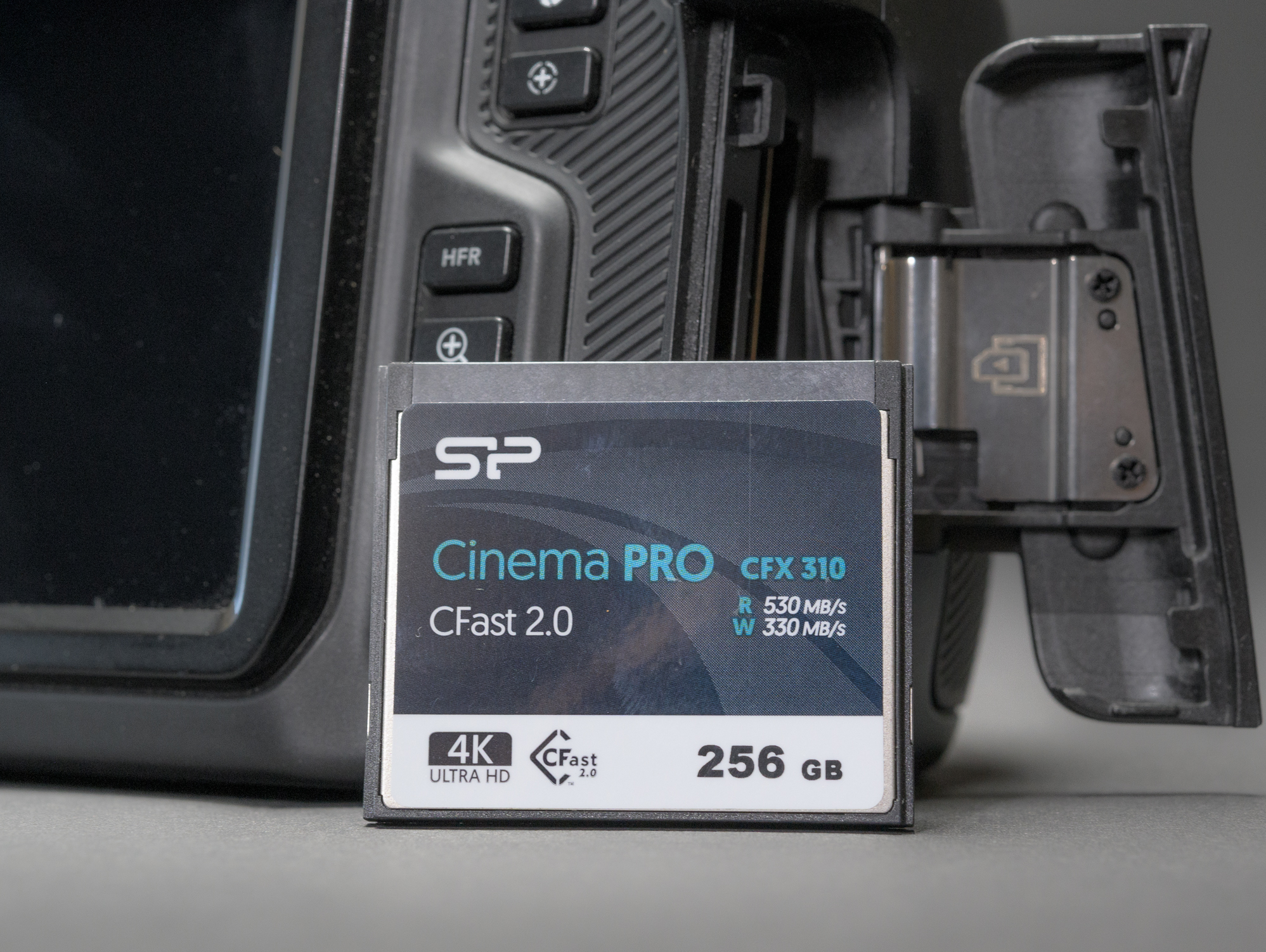 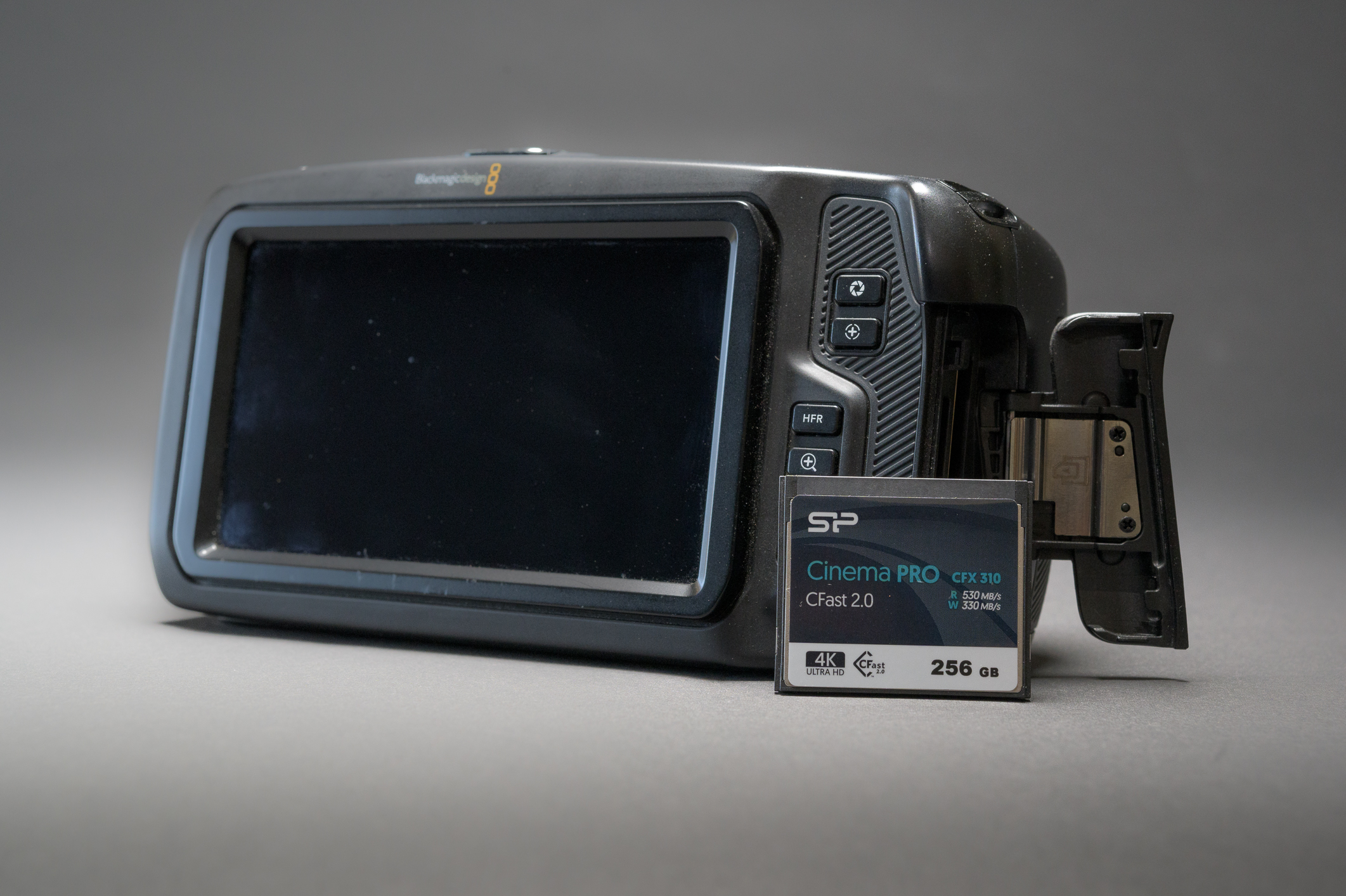 A notable exception to this list of cameras above is the Blackmagic URSA Mini Pro 12K. If using the Silicon Power 256GB CFX CFast 2.0 Memory card, do your tests ahead of time. No reason to drop frames and miss a moment on set if you don’t have to.

CFast 2.0 Cards seem to be coming down in price lately, which benefits us all. Still, the difference in price between the Silicon Power 256GB CFX CFast 2.0 memory card is considerably less expensive than competitors. 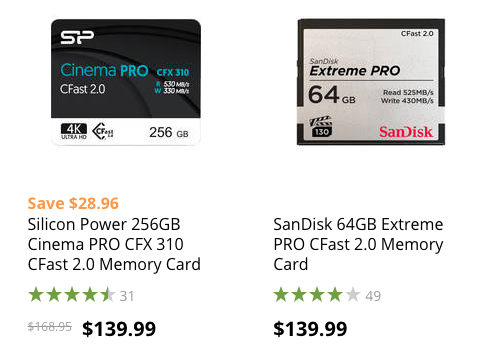 Price-wise, the Silicon Power 256GB CFX CFast 2.0 seems to be the best bang for the buck. Now, buying media for cameras is a necessary cost to camera ownership, and the low price on Silicon Power CFast cards will definitely make the company attractive. As to long-term use, we will have to rely on what Silicon Power states on their website for now. Knowing the company also makes storage solutions for a few different industries and needs helps secure their reputation as they break into the cinema market. 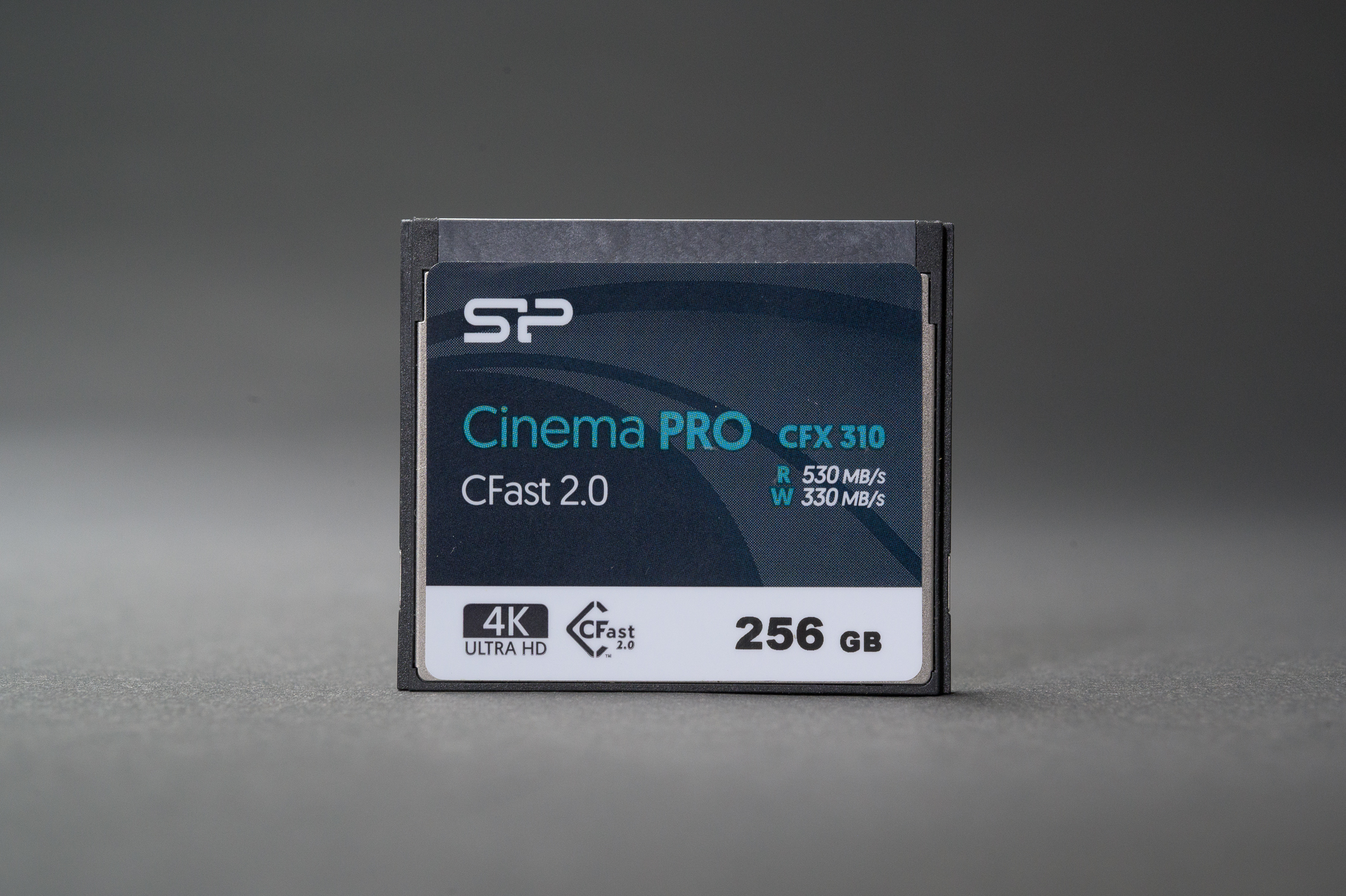