If there is market demand, Sigma will develop true anamorphic lenses, revealed Sigma’s CEO, Kazuto Yamaki, in a recent interview. 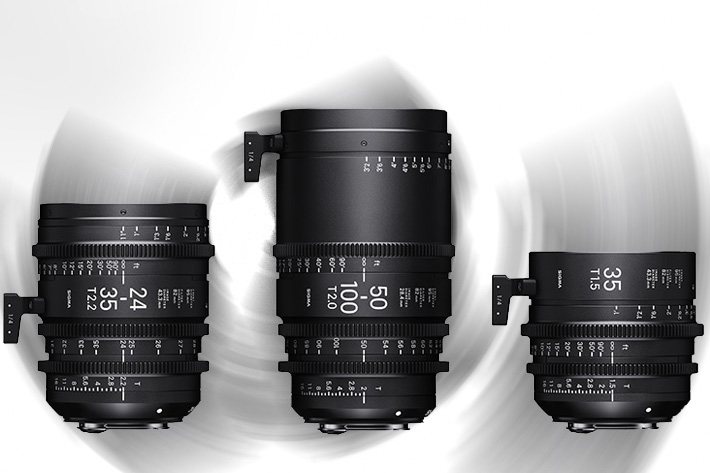 Sigma entered the CINE market last year, offering now a total of 10 lenses for cinematographers. A family which will grow in the future, with anamorphic lenses pointed as a possibility.

During an interview made by Sigma Canada,  Kazuto Yamaki, Sigma’s CEO, said that “since we announced the CINE lenses,  many customers asked if we can make anamorphic lenses. We are still studying it, but if there is strong demand, we would like to study to make them”.

Knowing how a couple of years ago the same Kazuto Yamaki introduced the idea that the optics manufacturer would some day make its way into the cinema lens market, it is not hard to believe that, especially now that the company has developed a whole family of lenses, anamorphic lenses  are being studied by Sigma.

We first mentioned Sigma’s CINE lenses in July 2016, as a new product that would probably be announced at Photokina that same year. Sigma demonstrated its CINE family of products for the first time in the United States during PhotoPlus Expo, announcing in October 2016 that the Cine High Speed Zoom 18-35mm T2 and 50-100mm T2 lenses would begin shipping in December 2016.

Since then the family has grown, with new models announced close to major industry events, from NAB to Cine Gear Expo. The most recent lens introduced, the 24-35mm T2.2 FF Zoom Cine lens, is available since last June, for a retail price of $4999.00 USD. Compatible with full-frame image sensors, the high-performance 24-35mm T2.2 FF offers, according to Sigma, “the resolving power and optical quality required for capturing video up to 8K. A rare option for cinematographers, the 24-35mm T2.2 FF caters to the requirements of the latest digital cinema cameras’ image sensors, which are larger than Super 35, expanding the range of compatible cameras.”

When asked “what was the reason behind entering the CINE lens market?” Kazuto Yamaki replied that it resulted from the suggestion from photographers, videographers and cinematographers and also the notion that since the launch of Sigma’s 18-35mm f71.8 for photography, “we realized that many videographers used the lens”. The creation of the CINE family was the logical step, one that is going to continue, says Kazuto Yamaki, as the number of lenses will increase in the future.

The interviewer asks Kazuto Yamaki  if there is a particular film shot on Sigma CINE lenses that he enjoyed the most, and the answer is Blur, a short film commissioned by Sigma to demonstrate the new 18-35mm T2 and 50-100mm T2 Cinema lenses. Directed by Yu Yamanaka, blur looks at a relationship between father, son and camera and is a good example of the importance of the stories above the technical aspects. It’s an interesting story, from my point of view, and because of that I added to this note both the video and the behind the scenes, which features interviews with the production crew.

According to the information available from Sigma, Blur was in planning at Sigma for about two years, and production began during the summer of 2016. Filmed using the lenses mentioned above, the film is a tale about the magic that photography brings to all our lives. Made with a limited budget, a limited number of shooting days and a limited environment, the film aims to show what a small production crew can achieve with Sigma lenses.

The interview covers other aspects of Sigma’s production that are interesting for both photographers and videographers, so sit down and watch the 16 minutes of conversation. Take some extra time to see Blur and the Behind the Scenes, you’ll be glad you did.