Siân Fever knew that she wanted to work in video production when she was just a teenager. She watched loads of MTV and countless behind-the-scenes videos with famed music video director Joseph Kahn talking about his work. She knew her path would involve film school after hearing raves about it from a friend.

Siân Fever knew that she wanted to work in video production when she was just a teenager. She watched loads of MTV and countless behind-the-scenes videos with famed music video director Joseph Kahn talking about his work. She knew her path would involve film school after hearing raves about it from a friend.

Fever studied at the BRIT School for Performing Arts and Technology, the same school attended by alumni such as Adele and Amy Winehouse, and Bournemouth University before taking her first job at MTV. Throughout her career, she has primarily focused on short-form content, and believes there is a lot to be gained by working in this genre. To help her stay organized, edit quickly, and manage client expectations, Fever uses Adobe Premiere Pro CC.

Adobe: What did you do for MTV?
Fever: After graduating from Bournemouth University I was contacted about a position at MTV. The network wanted an intern who knew the programming really well, to help it prepare to celebrate its 25th anniversary. I interviewed on a Friday and started on Monday. Part of my job was to interview pop stars and film stars as they came through the station for link and clip shows. Later I worked as a researcher, which included editing and camera work, and I floor-managed an afternoon studio show. There was so much variety, I loved being there.

Adobe: What was next for you?
Fever: I left MTV after a year-and-a-half and took a job as a Junior Editor and Production Assistant at a company that specialized in music production. After four years working on music videos, music commercials, long form documentaries on bands, and television series, I started freelancing with an agency. For the last three years I’ve worked a little in music and broadcast and produced a lot of branded content and promos, translating everything I’ve learned in music television to my online and broadcast work. 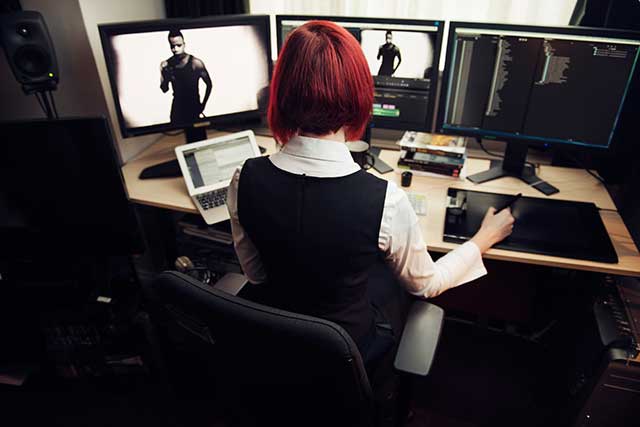 Adobe: How did your early career prepare you for future projects?
Fever: The clients, approval processes, tight budgets, and unbelievable turnaround times in the music industry set me up better than I could have imagined. There is a lot that can be gained by working in short form. Joseph Kahn once said that commercials are really challenging because they have to be so on point, and I totally agree.

Short form’s credibility is largely overlooked but that’s where our viewing habits are headed. Most of us are gravitating toward two to ten minute videos. Now, I’m trying my hand at assistant editing for scripted and long-form and I’ve found that many of the skills I learned in short form are transferrable.

Adobe: How has your editing style grown and evolved?
Fever: Like most people I started editing using a drag-and-drop method, but quickly saw the light and transitioned to using mostly keyboard shortcuts. In terms of style, an editor shouldn’t have a style. You need to adapt to different situations and clients and projects. One thing I am quite strict about is how projects are organized. 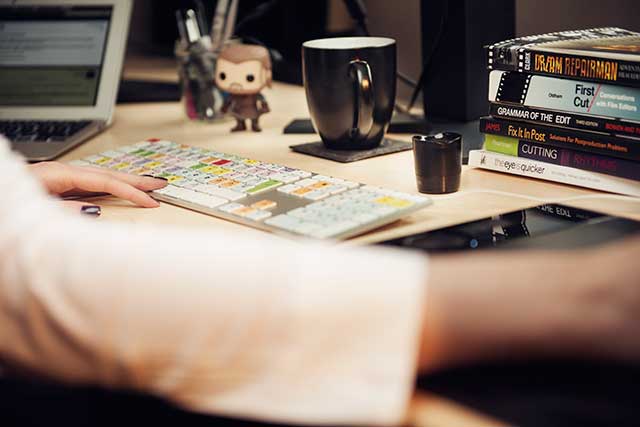 I believe you should be able to hand over any project at any stage of the process and someone else can pick it up and hit the ground running. This is especially true in short form when I’m working with creative agencies. Things happen rapidly and you can be working on three or four different projects in the same day. Someone else might have to pick up the project that you just put down, so for me, the ideal situation is that the project is self-explanatory without a handover.

Sequences need to have clear numbering systems with columns to indicate which editor has worked on it. I’m a big fan of keeping media in one folder and sequences in another, with subfolders for video, audio, and graphics, keeping the Project pane as clutter-free as possible. Hopefully all of that organization is reflected in the storage as well. It helps that with Adobe Premiere Pro your Auto Save and render files can follow your projects.

Adobe: What do you like most about working with Adobe Premiere Pro CC?
Fever: I love how fast it is. If I have an afternoon to edit a piece, I can’t be sitting in a room with eight clients waiting 15 minutes for something to render.

Not long ago I did a program for the BBC iPlayer that had a 24-hour turnaround. The engineer recorded a first take with two cameras and then played it back for the artist, who lip synced to the original take for the next two takes. In the end I had six takes that lined up perfectly. I used the multicam feature in Premiere Pro to edit five songs and an interview for a 25-minute show. I can’t imagine completing this project in that timeframe with another NLE. 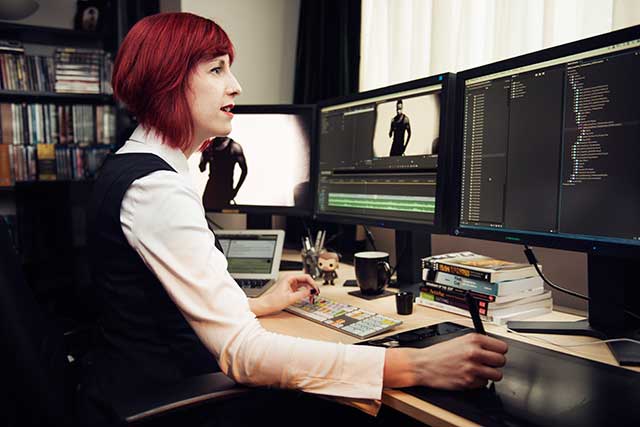 Adobe: What are some key learnings from your career?
Fever: A big thing I’ve learned is confidence, because you never quite know what you are going to walk into. I’ve learned how to diplomatically navigate a room of clients who have different needs, and how to guide clients to provide actionable feedback.

Adobe: What’s next for you?
Fever: I’d love to work on more scripted drama, that’s where my heart is right now. I recently earned my first credit working as an Assistant Editor on a Channel 4 drama, which was really fun. I consider myself really lucky to have been involved, and would love to steer my career in that direction.