Almost half of all the motion content that is submitted today is shot in 4K, reveals Shutterstock’s Alex Renaud, while suggesting some creators are already capturing video in 6K and higher. 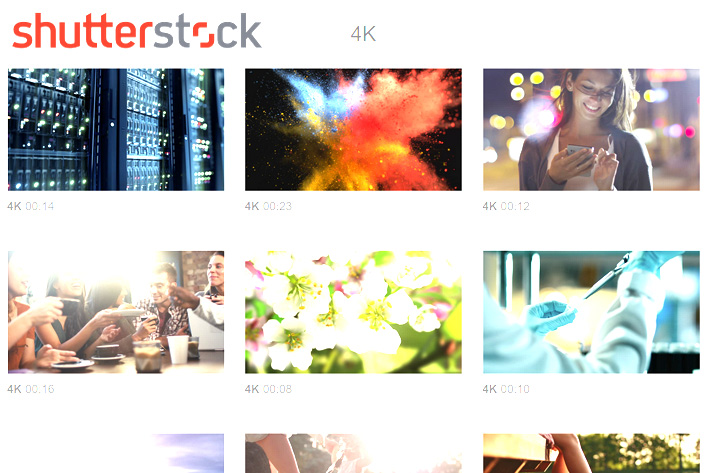 The market for 4K video is growing and Shutterstock rapidly adapted to the needs of creators and clients. The agency is also looking at the potential of 360 video and other formats available today.

The interview with Alex Renaud, Shutterstock’s General Manager of eCommerce Motion started as a conversation about the 4K market. The theme was interesting, both from the agency’s perspective and for the journalist wanting to deliver content to its audience, so a few questions later we had something that makes sense to share with ProVideo Coalition readers.

Before going through Alex Renaud answers, though, it is important to mention that in January of 2015, Shutterstock had roughly 20,000 4K video submissions. In comparison, by January of 2017, the number of 4K video submissions grew to 130,000. It’s still a drop in the ocean for an agency that has more than 125 million images (photos, vectors, illustrations) and 6 million video clips in its collection, but is a good indicator that the market is evolving and there are offer and demand. Alex Renaud says that when 4K started to be requested, “contributors rose to the occasion. Shutterstock obsess over data, especially what’s selling for them, and then go create more of what’s working. 4K content is a key driver for their continuing success.”

To better understand Shutterstock, the agency, it’s important to look at some numbers. We already know it has a huge collection, especially because Shutterstock was founded in 2003, by Jon Oringer, with thousands of his own digital photographs. The initial small enterprise became a name in the industry, with, on average, 150,000 new pieces of content added daily to Shutterstock. 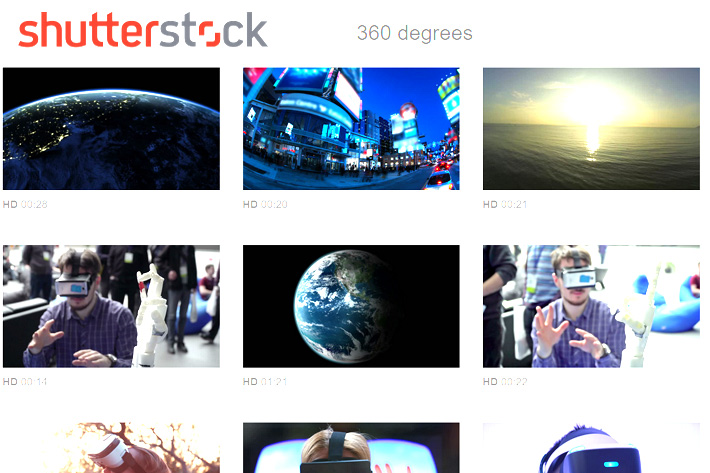 With nearly 1.7 million active customers in 150 countries, including marketing, creative, production, and communications professionals, more than 500 million paid downloads to date, selling 5 images per second, more than USD $400 million paid to contributors since 2003, Shutterstock has held its position at the top of any listing of photo stock agencies, and has adapted to the changing times.

ProVideo Coalition –  With the market for 4K video growing, how does Shutterstock reply to the requests from clients?

Alex Renaud – It’s coming up a lot more in conversations across the board. We have seen with our enterprise business in particular that more companies are investing in 4K for their projects and videos. They’re future-proofing, and we’re responding by making more 4K content available to them.

PVC – Has the agency implemented a special action to cater for more content from video creators or have contributors simply started to upload more 4K video?

AR – It has started with contributors telling us, and showing us, what they wanted to do. On the other side of our business, as customer demand grew, we’ve begun to make a concerted push to contributors to produce additional 4K content. Some video shooters are already capturing video in 6K and higher, and we’re paying close attention to these evolving trends. Once a platform is ready to provide that resolution, based on marketplace demand, the content will be there.

PVC – If the trend exists, since when has it started to grow and at what pace?

AR – 4K has been growing consistently in the last few years. In a two-year span, Shutterstock has seen a dramatic increase in 4K video content submissions, from about 28% in 2015 to 40% in 2017. Almost half of all the motion content that is submitted today is shot in 4K.

PVC – What types of video content work best in 4K?

AR – Everyone knows by now that you must use video to promote products, features, new tools, and really anything else; video is a component of all marketing strategies, especially digital. With 4K comes more details. It can increase the potential impact and the wow factor. The main consideration here is where the content will be distributed. Services like Netflix now require content to be shot and delivered in 4K, so, to future-proof, it’s worth considering working entirely in 4K. Additionally, if you plan on projecting or displaying the content on a large 4K+ screen, the advantages become even greater.

PVC – Is there, from the client’s side, a request for more 4K?

AR – Globally, we’re seeing interest growing. As the adoption of the technology continues to evolve, we’re hearing feedback about 4K from all over the map. Many customers choose to produce first in the highest quality and then to export to different platforms. We see more studios, as an example, working first with 4K than we have before.

PVC – What types of video content are more requested?

AR – Although we don’t have data we can share on 4K specifically, I can point you to our annual creative trends infographic that will illustrate, among other things, the video trends we’ve seen grow more popular year to year.

AR – We only accept horizontally oriented video from smartphones at this time. We do accept vertical video from other cameras if the video is oriented horizontally. This ensures that the video is captured full frame and allows the customer to rotate it for their project. We do have some of this content on our site, in 4K.

AR – For smartphone viewing, 4K is overkill as the screen size is just too small. However, some distributors insist on 4K content for marketing purposes. We do believe there are other vertical applications such as the display boards found in malls, transportation hubs and billboards. 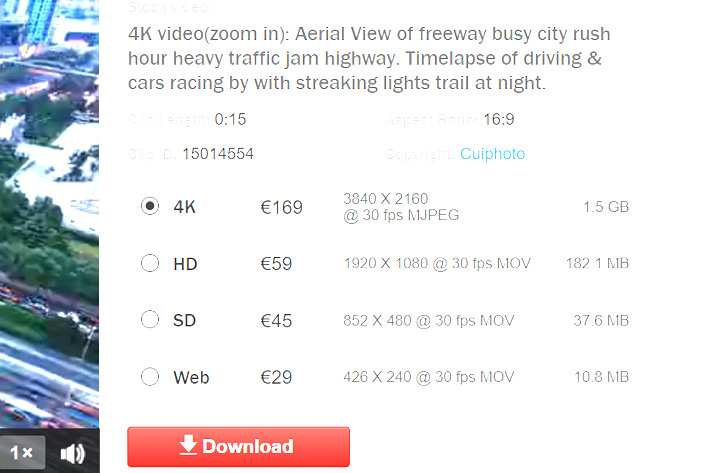 PVC – In terms of contributors, how can and how do they make money with their 4K video content on Shutterstock?

AR – Contributors currently receive a higher payout if the customer licenses the 4K version of their clip. It also makes sense to shoot and deliver in 4K as many clients require it for their projects. Contributors are always anticipating what type of content, from categories to technical quality, will bring in more downloads for them. If they see 4K proving effective for them, they’ll go out and make more of it. Which is a trend we’ve been witnessing.

PVC – We talk about 4K video and vertical video, but what about 360 video? Do you see any contributors uploading or asking for options to upload those? Do you have requests from clients?

AR – There are plenty of 360 video shooters out there whom we’ve spoken to. It’s one of the areas we’re exploring. We’re excited about the possibilities the future holds for video creation. In a short period of time, technology has influenced industry standards and norms.

PVC – What do you think the future is going to be? Will we see 4K being requested for a long time, or is the industry already looking at 8K? 360 video? 3D video?

AR – In time, the industry will be looking at higher resolutions as the technology of capture devices increases to reshape the norm. HDR is bound to be increasingly popular along with other image quality improvements — such as improved sensors that capture high-quality content in even lower lighting conditions.

But until something like holographic projection becomes a reality, I don’t see VR or 3D taking off in a big way, at least not until viewers are free from having to wear strange-looking technology required to view it. That’ll probably change, too, though.