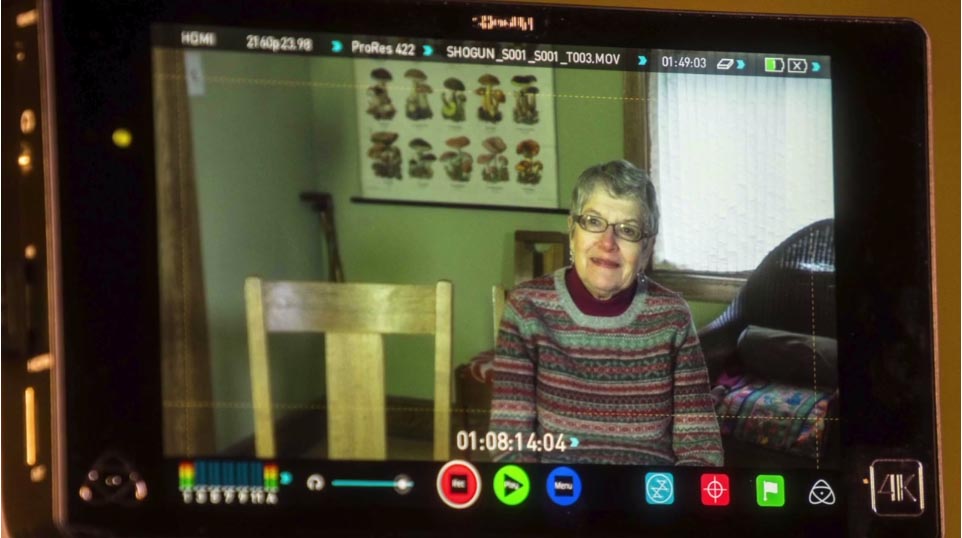 What I’ve always loved most is listening to people tell their life stories. I grew up as one of those kids who loved listening to adults tell stories even more than hanging out with kids my own age. And I just happened to notice that, to me, the best stories were the “true” stories that people pulled from their real lives. So when I grew up and became a writer/journalist, I did my best work when writing about people and their lives.

Some 20 years ago, when a friend’s father was dying, I asked her if I could interview him about his life and he eagerly agreed and so I sat down with him and just an audio recorder and we had a great couple hours. At his funeral, I was able to hand his 3 daughters an edited version of that audio interview and saw their deep appreciation and felt a deep satisfaction and I knew I was on to something I found important. 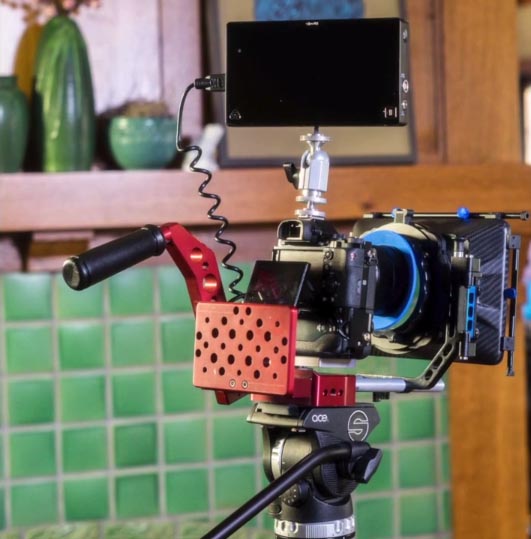 So 7 years ago when another friend, knowing my interest in and love for recording people telling their stories, asked me to interview her WWII-veteran father (a navigator on a B17 who’d survived 29 missions over Germany) on video-tape specifically to get his WWII stories (which he’d never shared with his 5 kids), I jumped at the chance. I did most of the filming myself, with a higher-level Panasonic camcorder (I forget which exact model—maybe in the Panny 200 series of camcorders) that I rented, but had to hire someone else to edit the piece (I went through all the footage and gave the editor specific directions for what to include in the edit, etc.) It was a slow process, but the family loved the resulting piece and I was happy with it as well.

I was still working full-time as a writer/editor in print journalism, but I knew this is what I wanted eventually to do full-time. I’d long enjoyed taking stills photos (for years I used Canon Rebel-series cameras) and slowly started to learn more about shooting video to tell stories, including learning how to edit, first with iMovie and then Final Cut, etc.

More than 3 years ago now, my wife allowed me to quit my print journalism job to start Moving Stories Media. Of course, once I started the business, that’s when my education in how to direct and shoot and edit life-story videos began in earnest.

The first camera I got to shoot life-story videos with for Moving Stories Media was a Canon 5D2. I moved up to a 5D3. But I now shoot with a Sony A7S (I also have an A7R as my stills camera and my B video camera).

I bought my Shogun at the end of December from B&H and I just shot my third production with it last week. I love the Shogun’s beautiful screen, its many touch controls and the image that the Shogun is able to pull directly from the A7S sensor. 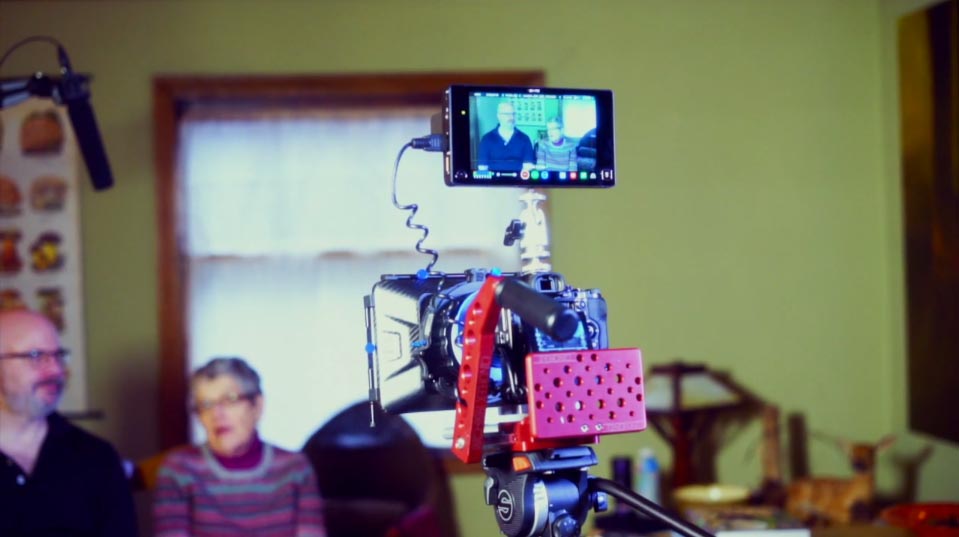 I can’t (yet!) afford the higher-end video cameras and their high-end beautiful images, and so I love how the Shogun (as well as the Ninja 2 and the Samurai Blade, both of which I had the chance to use before the Shogun) is able to pull a really clean image from the camera’s sensor. 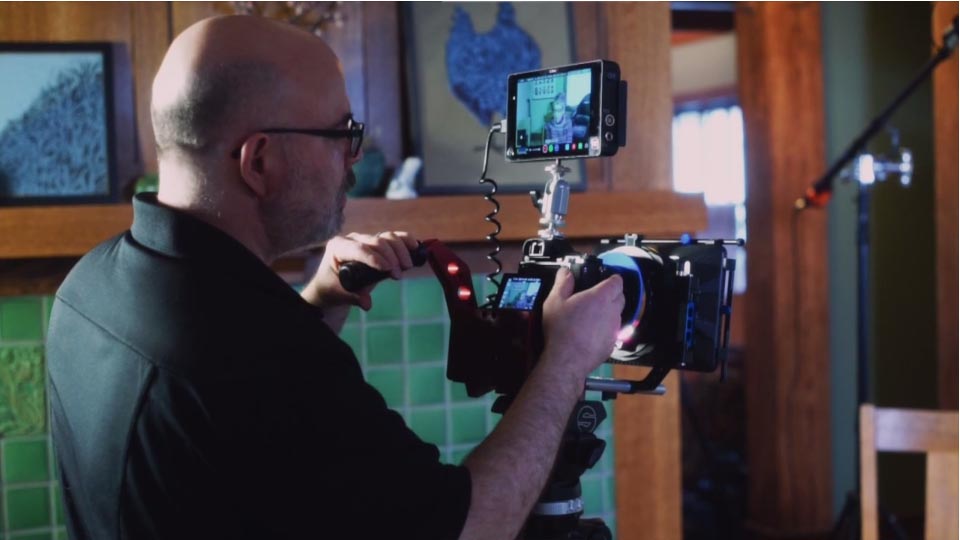 After a shoot, I immediately download all the material onto the HDDs I use for clients and then onto the Pegasus, from which I edit the material. I usually go through all the tape and start picking out and tagging the best stuff. I will do a pretty quick color grade at this point and then start the process of winnowing it all down to a Rough Cut for client-families. After consulting with them over the Rough Cut, I focus on what they like and want most, start working in the old family photos and old family films and move toward the final color and other touches (audio repair or enhancement, etc.) that make it all look and sound really good.

I use a number of different applications to make a final edit. Incorporating stills is an important part of the videos that I make, so I find myself using Photoshop more and more. Using FCPX I edit on a MacPro (late 2013) and redundant storage, including as the base a Pegasus2 R6 machine. I am an Adobe CC member and can use the excellent Adobe tools, I like Audition for audio. And Premiere Pro has excellent color grading tools. I do sometimes switch back and forth between FCPX and Adobe CC when the need arises. I love Lightroom and I use Compressor when I produce the final outputs of the videos. I usually give client-families an online version as well as a DVD version of the final video and I can also give them an HDD with all of the original clips saved on it.

Take a look at a BTS video we put put together…

Atomos Shogun Review/Story of my Dad’s work as a Civil Rights reporter from William A Clements on Vimeo.

Bill Clements got involved in film and video about 7 years ago purely out of a need to tell a story. But it was his desire to tell stories in different ways that lead him to picking up an Atomos Shogun that is now a valuable part of his gear box. Based out of Minneapolis, you can find out more about Bill and Moving Stories Media via http://www.movingstoriesmedia.com

Find out more about Atomos recording and monitoring solutions via www.atomos.com