The Blink 500 B2 wireless lav system is a small kit comprised of two transmitters, two lav mics, and one receiver. The receiver has a belt clip that is designed to slide in to a hot shoe, where you’ll use the included 3.5mm cable to connect it to your DSLR or otherwise. Technically my C100mkII has a 3.5mm jack, so I could use it there too.

Pairing is simple and only takes a few seconds, and once you’ve done it, it’s done. From there you just turn them on and they work. No issues there.

As these are what I will call “consumer-level” lav’s, which are designed to be small and simple, you don’t have the ability to swap batteries meaning they’re charge-only via USB-C. You can also run them off a power brick (like for your cellphone) but that then kills the portability. In any case, the built-in battery will last you at least 4 hours (the website says 5 and the box says 6 so who knows, but I’m confident saying 4) so not bad depending on what you need.

The transmitter bodies have microphones built in to them, but I can’t say you’ll be using them, instead opting for the traditional lav mics. The quality of the in-built mic is really surprising (you could use it as a podcast mic or stick-mic easily) but you need it to be pretty close to your subject’s mouth. Clipping it to your lapel or sliding it into a shirt pocket will work, but the lav mic simply sounds better and at worst that big transmitter clipped to someones jacket would be horribly distracting, visually.

Aside from some general tests, I used the Blink 500 on the review video above and a social media campaign for my sister’s jewelry company and didn’t run into any problems. You’ll have to do some tests to get the levels correct as there’s no indicators on the transmitters, but once that’s dialed you can just shoot. Since the unit is small, people don’t feel too intimidated by it (although who’s really intimidated by a lav pack?) and it’s easy to place on your subject. The resulting audio was decent enough SOOC but after some EQ sounded better than I expected. We shot for a few hours, never turning off the units, and as mentioned the battery lasted just fine and we didn’t lose connection.

The Blink 500 is at home in these scenarios. Simple shoots, short to-camera pieces, vlogging, things that only take a bit of time and where audio quality is a priority but not necessarily THE priority like on a scripted piece or something with a proper budget. You could have these on-hand as an emergency backup for sure, but in general I don’t see the Blink 500 making its way to a “real” set just by virtue of the receiver being 3.5mm-only alone and the lack of replaceable batteries. That being said, whatever gets the job done gets it done.

The distance you can get on the Blink system is actually pretty good. I got about 15-20 paces away before drop-outs started to happen, so again that’s perfectly fine for stuff where you’ll likely be right in front of camera anyway.

For $250 the Blink 500 is compelling as a two-mic system (similarly-priced units are one unit, one receiver generally) but I will say that both of those signals are essentially Mono, so you don’t have the ability to mix them after the fact. It’s not a “left channel is person 1, right channel is person 2” situation, instead both signals are combined. This may be an issue for you, it may not, but it’s definitely something to consider.

Overall I’d consider the Saramonic system to be a good solution depending on your shooting situation. For instance, I’ve been shooting pieces for Religion of Sports where we interview sports fans outside of games, and that would potentially be a good place for these lavs but we have to shoot and move so quickly (literally seconds from “hey do you have time to talk to us” and “rolling”) that we simply don’t have the time to mic people up. The on-unit mics, then, would be worth trying but there’s so much noise during these street parties (and there’s nowhere to clip them on a sports jersey) that we’re going with a directional on-camera mic. Instead of something like a Rode Videomic, I have an Octava MK012 with the -10db pad and that’s been working great for me. If we were somewhere quieter and had the time to mic our subjects up, the Blinks would be perfect. Same thing if you’re a vlogger or doing interviews, news gathering, or other to-camera pieces. All perfect for the Blink system.

For more information, be sure to watch the video above. You can purchase the Saramonic Blink 500 at Filmtools here. 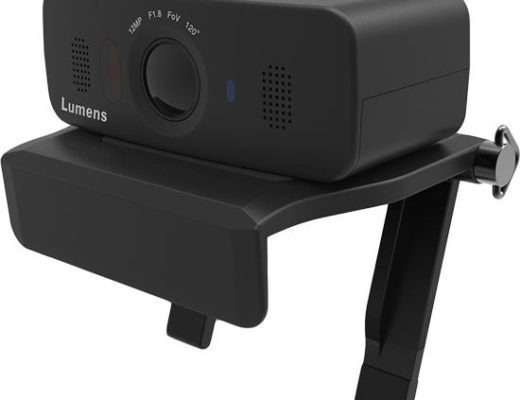 Since we’ve all started working from home, the demand for webcams has skyrocketed. If you own a laptop (or... 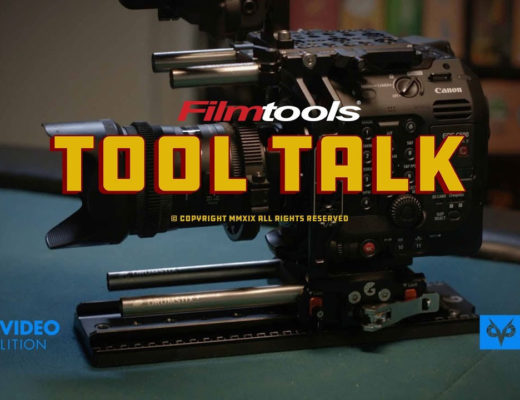 In collaboration with Canon, the 2.2lb Bright Tangerine Left Field Cage is, as far as I can tell, the...