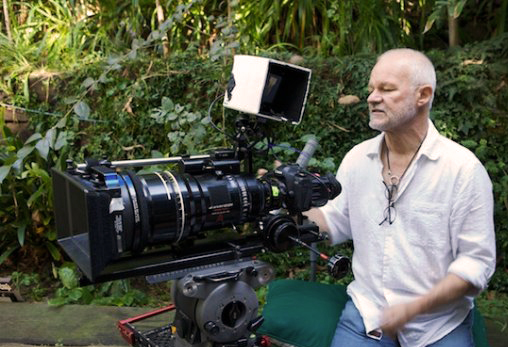 I recently had an opportunity to speak with Rodney Charters, DP for the FOX television series 24 about the HDSLR revolution, and some of his upcoming seminars. His presentations begin with some compelling behind the scenes footage and some deleted scenes from 24. “I’ll also be talking about my own 35 year exploration of photography and provide some basic information about how to take a camera you buy in the store and make a finished video suitable for presentation.”

According to Rodney, “HDSLRs are changing how we see the world. They really are the future.” He goes on to say, “Never before have we seen such an explosion of people taking technology and pushing it to the absolute limits.” He continues, “These cameras are doing things that the manufacturers never intended.” Rodney explains there is an explosion of new applications, and new problems as well. “We’re uncovering several issues including the heat issue (this prevents one from shooting for prolonged periods) and of course, the rolling shutter problem.”

At the invitation of Dan Chung, Rodney recently had the chance to see some HDSLR video shot by journalists in Afghanistan. Rodney called the video compelling due mostly to the fact that the operator stabilized the camera on a tripod allowing the subjects, mostly members of the Taliban, to tell the story. “It was just amazing because they didn’t feel the need to move the HDSLR around as if it were a video camera.”

I went on to ask Rodney to clarify if he thought shooting hand held with an HDSLR would produce a bad result. He responded by saying, “Hand held camera movements can be distracting and not visually satisfying”. “These cameras themselves were not designed with this in mind.” According to Rodney, because of the rolling shutter and the lack of a counterbalance, “It’s best to shoot on a tripod.”

Rodney continues, “In the early days of motion picture production, they shot almost exclusively on tripods and let the action carry the scene.” He further explains now in the day of films like BOURNE IDENTITY that shoot with quick, erratic movements, many people are not stabilizing the camera to emulate this style. “What most people don’t realize is they used real film cameras for those shots, and there was no rolling shutter to contend with.” Rodney’s best advice for more effective and polished shots…”Park the Camera!”