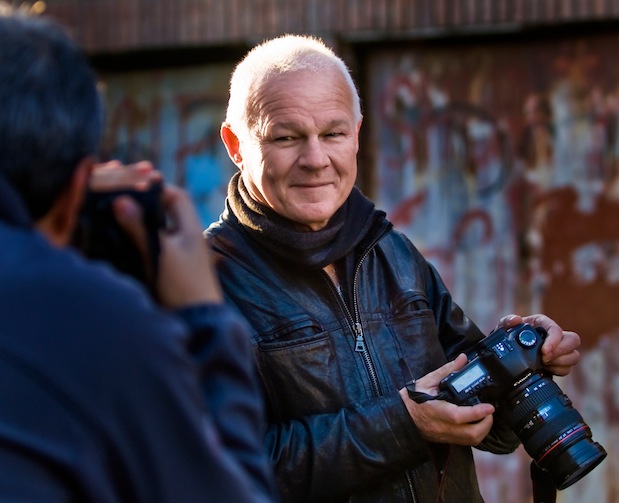 As NAB 2010 arrives, here’s more digital food for thought, as we continue my recent chat with cinematographer/camera expert Rodney Charters. In part 2 of our pre-NAB conversation, Rodney talks me through some of the many interesting trends that changes in digital acquisition and digital distribution are bringing to the fore, and which he expects to discover percolating on the show floor and throughout our industry in the coming months. (Click Rodney Part 1 for the first half of my chat with Rodney.)

One of the topics of most personal interest to me was Rodney’s thought on the arrival of the iPad and a potential revolution in the world of digital publishing. Since that’s my industry, hearing Rodney suggest that it can, should, and eventually will come together nicely with the industry I cover-the moving picture industry-is thought-provoking. Rodney’s suggestion is that motion graphics will become fully ingrained and expected in various forms of publishing, from magazines to newspapers, as well as the already familiar web sites of the world-all of which will be readily available in the “reader’s” format of choice on devices like the iPad and its brethren to come.

Rodney also waxes philosophical about the 3D boom and how it might impact broadcast, and what true 3D really is anyway. As home viewing of 3D becomes viable, for instance, will, or should, broadcasters accept 2D conversions as acceptable 3D fare?

As Rodney’s 8-year adventure shooting Fox’s “24” comes to an end, as largely does the era of shooting broadcast material on film, he seems to have his finger firmly on the pulse of what might well be coming next. As you hit the show floor running, I hope you find his insight useful, and that you have a productive NAB.