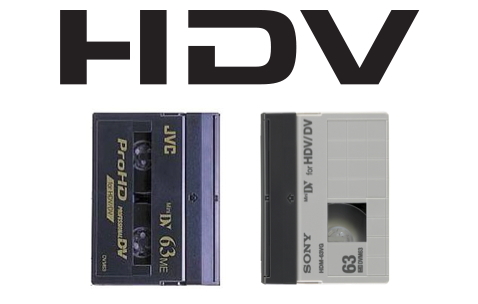 Among my clients and friends who are video professionals, many of those who produce commercials, corporate, and music videos have already embraced tapeless acquisition with such cameras as JVC’s high definition Everio, Panasonic’s AG-HMC150/151, and Sony’s EX1 & EX3. However, those who shoot events (Bar Mitzvahs, Quinces/Sixteen Parties, Weddings) -and some of those who shoot documentaries- are relentless in defending their need to shoot on tape. They cite the following HDV advantages over tapeless acquisition:

Although they also know that there are ways to “have your cake and eat it too”, by shooting on HDV and simultaneously on hard drive or chip (which is now possible with HDV cameras, either “standard” or with optional accessories), very few HDV producers I know have taken advantage of that so far. They also know that tapeless acquisition can offer other benefits, but some of them would rather “fight than switch” away from tape!

As we revisit HDV’s virtues, stay tuned for the following articles:

This article originally appeared in the Lights Camera Action channel. Click here to see the original comments on it.