Looking for a wireless video system that has good range, a lightweight form, HDMI or SDI support, and won’t break the bank? I was looking for exactly that, and found it in Paralinx’s new Ace.

The Ace, in my opinion, is the most well-rounded, cost-effective system available these days. Here are some highlights:

I’ve been using a couple of Aces for more than 3 months, adding the blessed benefits of wireless video to two cameras and up to three field monitors that I use on most of my jobs. It’s largely been an easy, effortless experience, and here are a few impressions… 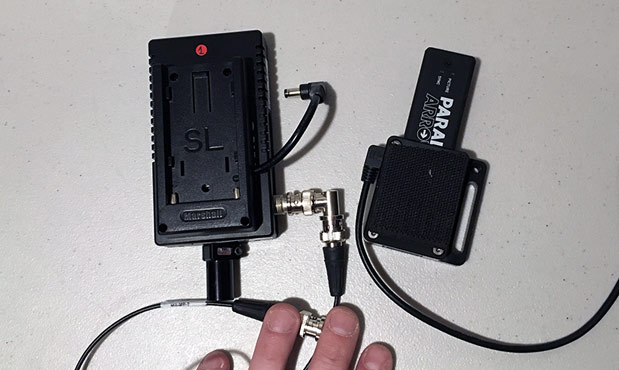 The Ace transmitter (with Sony battery plate) next to the old Paralinx Arrow. The Ace is bigger and a tad heavier, but I found the difference doesn’t affect everyday use. 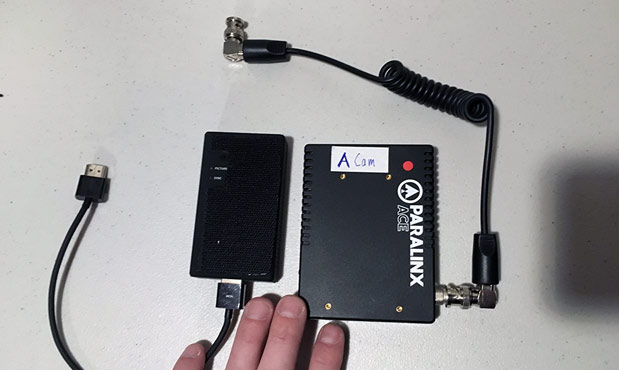 The Paralinx Ace receiver is also noticeably bigger than the old Arrow, but weighs only a couple ounces more and still velcros to any monitor surface. 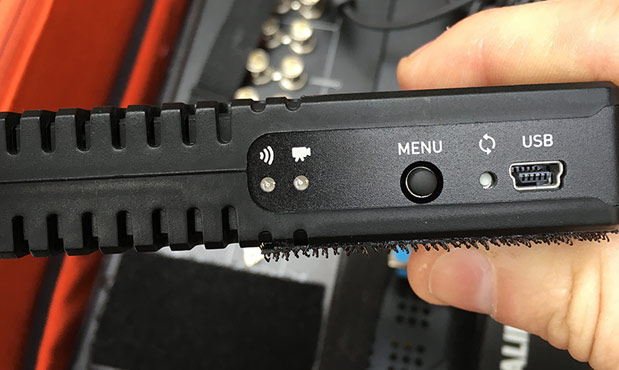 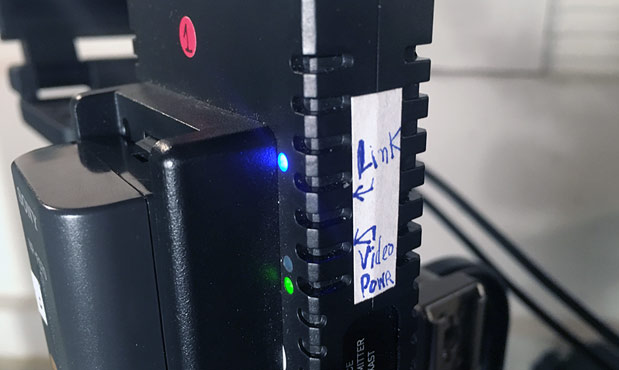 The Ace’s battery plates are helpful, but once installed on a transmitter, they cover up the icons that identify each status LED, so I had to create my own cheat sheet. 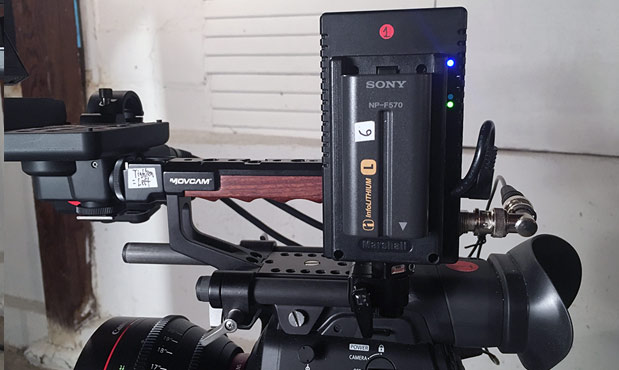 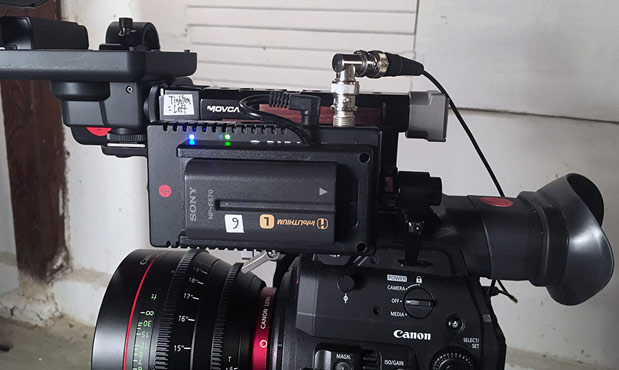 I settled on this mounting solution, which puts the Ace transmitter on a 15mm rod (attached to my top handle) and lets me rotate the transmitter up or down depending on the situation.

COMPARED TO THE TERADEK BOLT

Here’s something you might not know: Teradek, which makes the popular Bolt wireless video system, is owned by The Vitec Group, which also bought Paralinx in 2015. So the two companies are competing and complimenting each other under the name umbrella.

Anyway, when I was doing my shopping, I naturally considered the Bolt as well, but ended up choosing the Ace because it felt like it made my money go farther, especially since I was buying transmitters for two cameras and three receivers (one for a handheld monitor, and two for a remarkable 17” field monitor that can show two camera angles together). With that level of gear, saving a few hundred dollars on each component adds up.

To Teradek’s credit, it’s done a good job of building the Bolt into an ecosystem. There’s a Bolt 300, 600 and 2000 (the numbers refer to their range), and the Bolts also have some value-added features. For instance, most Bolt receivers have a USB 3 connection that let you connect the receiver directly to a computer, so you can capture the image with recording software. Also, Bolt transmitters can apply a 3D LUT to their signals, so any monitor receiving them can see a graded image if you’ve bothered to set that up.

But those extras aren’t essential to me, I just need a solid wireless system (and for the record, most of my monitors can apply their own 3D LUTs anyway). Plus, the Teradek Bolt hardware is noticeably heavier than the Paralinx Ace — for instance, the Ace SDI transmitter is 146 grams, but the Bolt 300 transmitter is 262 grams, which adds up if you’re handholding a camera or gimbal all day. The Ace and Bolt receivers are even more lopsided weight-wise (160 grams vs 346 grams), and while I’m able to velcro Ace receivers to all sorts of equipment, I wouldn’t be as trusting with the heavier Bolt. 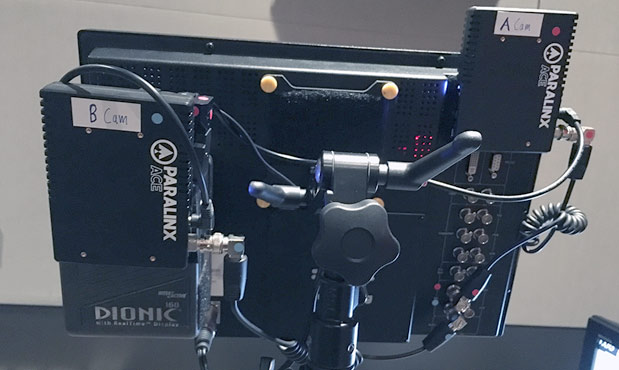 Given the Ace receiver’s low weight, I can velcro two receivers to the back of my Flanders Scientific CM171 17″ field monitor.

And then, again, there’s price: the Teradek Bolt 300 is $2495 for a transmitter and one receiver with SDI connections. If you just wanted HDMI, it would be $1995. But the Ace is $1799 for SDI, and only $1299 for HDMI. That’s a big savings, especially if you want to add a second receiver or make another camera system wireless. And if you do want to add items ala carte, a second Ace SDI receiver would be $950, but $1190 for a Bolt receiver. An ala carte Ace SDI transmitter would be $900 vs almost $1600 for a Bolt.

The Ace is a very nice blend of performance at a reasonable price. It’s significantly less expensive than the Teradek Bolt, but without skimping on the core features that most people care about. And while it’s not quite as affordable as Paralinx’s old, very popular Arrow, it does offer twice the real-world range of the Arrow, offers SDI support, support for timecode and other metadata, has far more convenient power options, and is not appreciably bigger or heavier than the tiny Arrow. Overall, the Ace is a winner!