When it comes to production-quality hard drives, there are ultimately only two factors that matter: speed and data security. On both counts Sony’s new PSZRA4T more than fits the bill. We took a look at the 4TB version (it’s also available in a 6TB configuration). 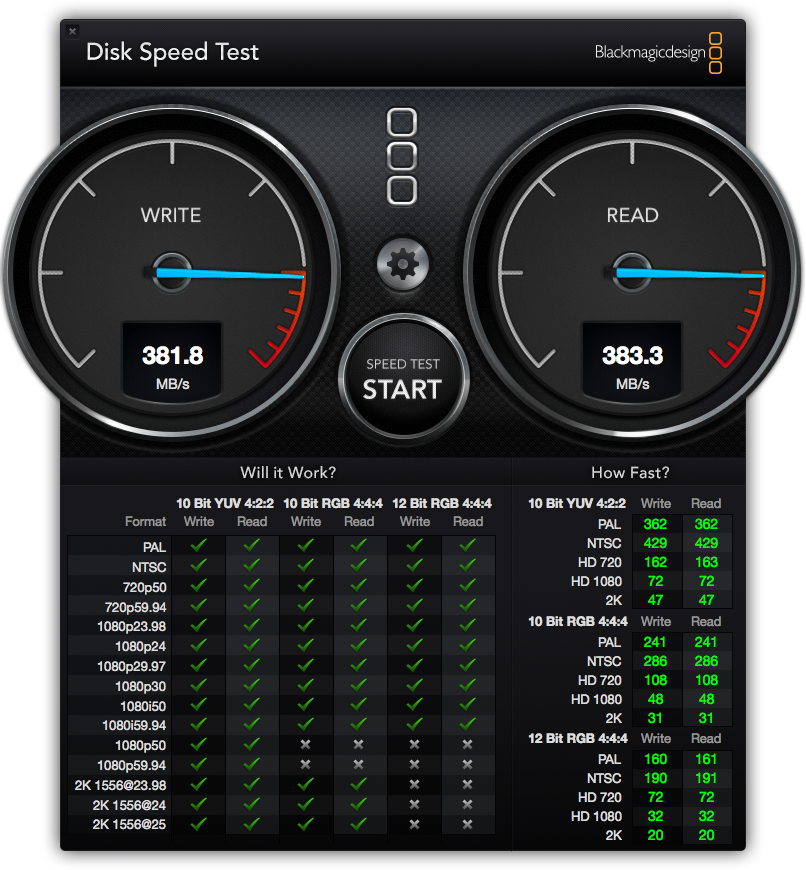 First off, let’s talk speed. Sony rates the drive speed at 440 MB/s, which of course is a burst rate. Testing the 4TB model in the default RAID 0 config, the drive posted sustained read/write speeds of just over 380MB/s. That’s a solid performance out of a two drive RAID system.

The drive can be formatted as RAID 0, RAID 1, or JBOD. If you’re looking for speed, choose RAID 0–it’ll stripe the data between the two drives, effectively making it twice as fast as any one drive (but if one drive fails, you lose it all). If you want redundant security you’ll want RAID 1–this will mirror the data to create identical copies on both of the internal drives (that’ll effectively halve your speed and capacity compared with RAID 0, but protect all your data if one drive fails). Finally, in JBOD mode, both drives will show up on your computer desktop as separate volumes; not a very common choice, unless you want to have one formatted for Mac and the other for PC.

How about data security? Now we’re not willitblend.com so I didn’t drop it from three stories to see if it would break. But the unit is loaded with padding–the internal drives are mounted with rubber dampers, while on the outside the unit is cushioned with nice, rugged thick rubber. That would at least give the internal spinning disks a fighting chance in the case of a tumble. Of course, with the drive operating in RAID 1 mode you drastically improve the chances of your data surviving an impact. 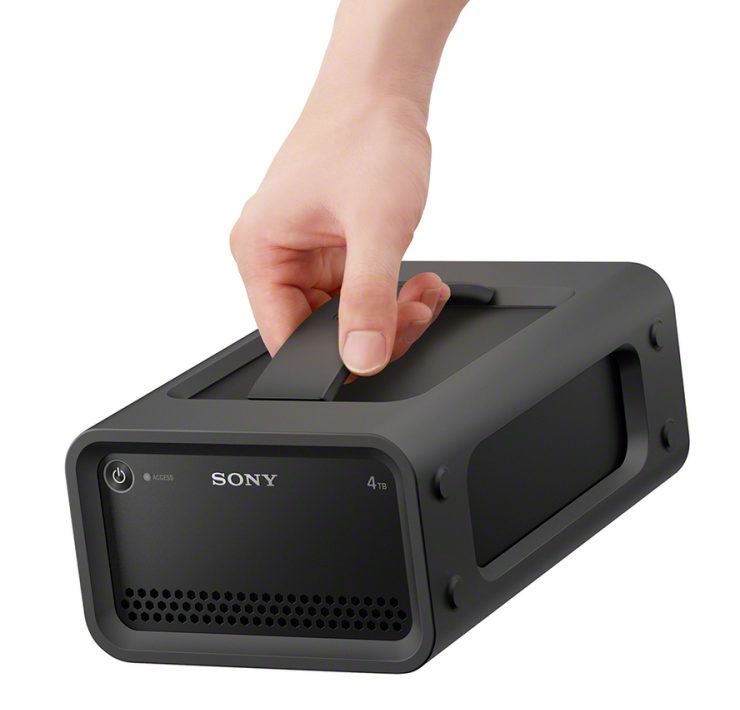 Let’s talk about form factor. This drive doesn’t look like a flying saucer or a floatation device. In fact it has a refreshing simplicity reminiscent of the old half rack digital tape drives (though without the arm-bending weight or bulk). If you can call a black brick elegant, then it’s elegant. I love the carry handle at the top; if you’ve struggled to carry around similar-sized drives you’ll no doubt appreciate it too.

Changing the RAID mode is a little intimidating; it’s performed using two discrete push-buttons on the back of the device. The good news is that the button press combinations required (hold both buttons simultaneously for a few seconds to initiate selection mode) to change the RAID format and destroy existing data would be nearly impossible to perform by accident.

This is one instance where Sony’s minimalist approach to instructions doesn’t do anyone any favors. It may allow them to ship the same packaging to a dozen different nations, but when deletion of data is on the line I’d prefer to have my hand held a little more through the process. It probably beats IKEA’s image-only approach, but only marginally.

Of course if you lose the sheet of instructions you’ll need to search the web for the procedure. Given that most people will only set the RAID level once, that’s not really a hardship. 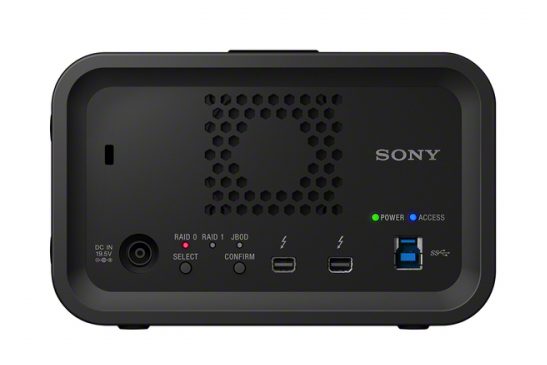 The drive supports Thunderbolt 2 and USB 3.0. The Thunderbolt sockets grip the cable connector tightly, which is an important design point (in my mind, the bootless design of the Thunderbolt cable is the specification’s biggest flaw).

The power connector is a firm fit, which is good for the clumsy. Unfortunately for those of us who are absent-minded, it’s a proprietary 19.5V supply. I can see the future and it’s me searching through a dozen drawers and cabinets in my studio looking for the orphaned supply brick. I always prefer a generic power adaptor input if possible, but that’s a minor quibble and speaks to my organizational inadequacies rather than any real deficiency.

Rounding out the connections is a Kensington-style security lock hole. The drive comes in 6TB and 4TB versions.

• Somewhat esoteric RAID mode switch procedure via the back panel

With the very reasonable price point of around $470 for the 4TB version and $545 for the 6TB version, this could well be the new weapon of choice for hard-working DIT’s everywhere.

Available now in 4TB and 6TB flavors at filmtools.com 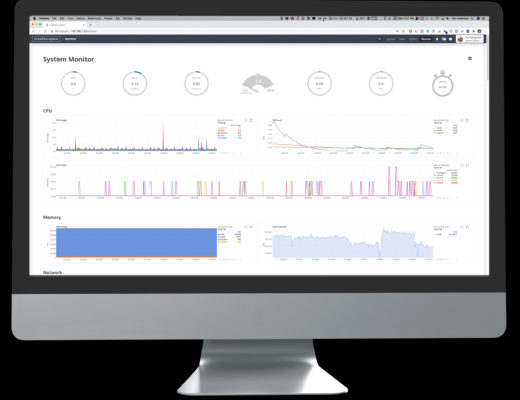