I’ve been working on a lot of coloring projects recently, and at Adobe MAX the subject came up when I was talking to the people at BenQ. After some back and forth they decided they wanted to send me their 27” 4K design monitor, the PD2700U, to check out and put through the paces. They told me before they even sent it to me that they were going to let me keep it, so there’s your ethics statement. 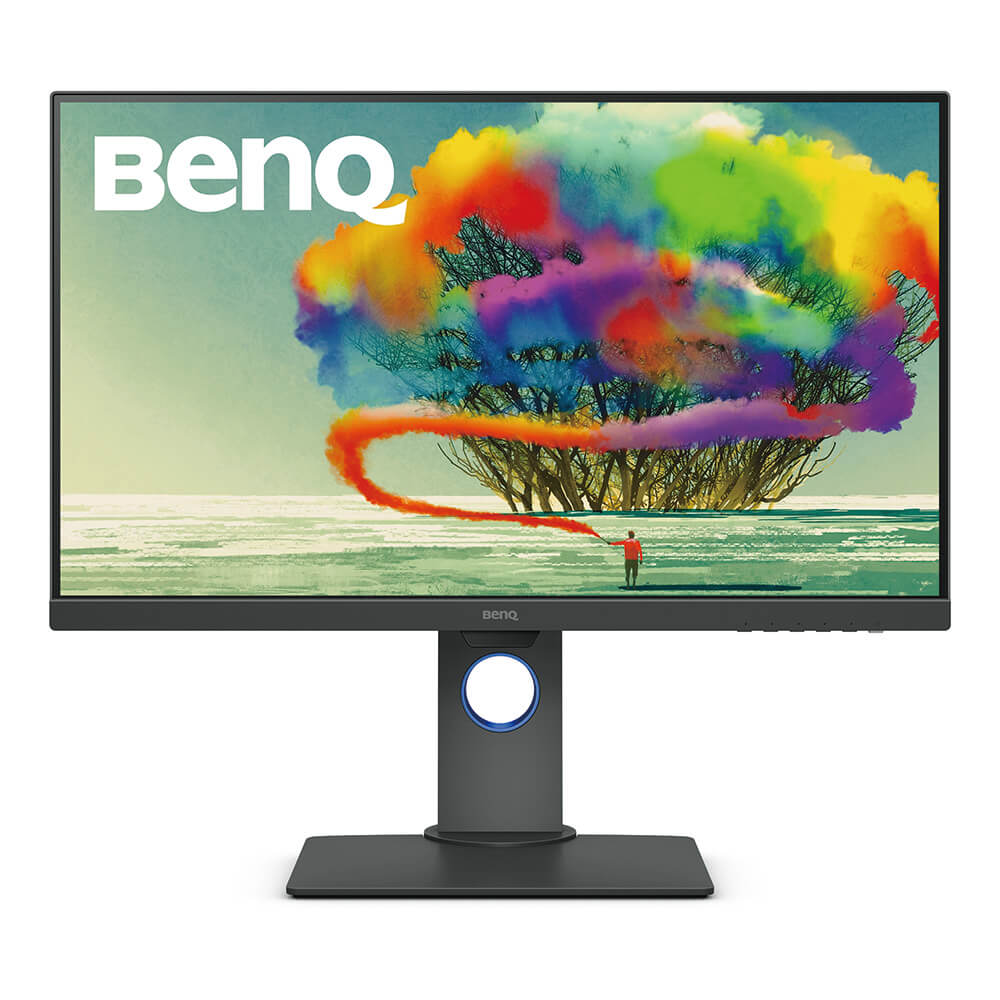 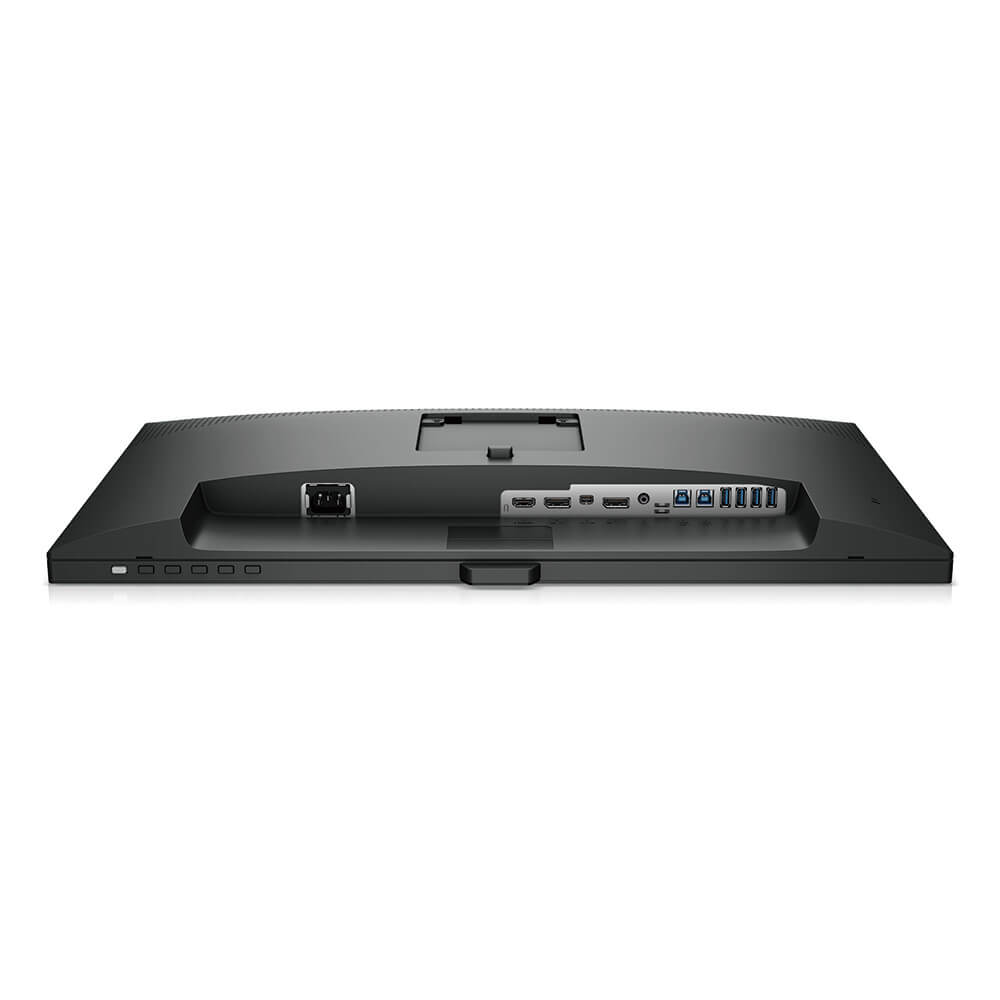 To get the specs out of the way, it’s a 16:9 10bit IPS panel that is HDR capable and covers 100% of the sRGB & Rec709 color gamut. I’ve almost exclusively worked on 23” consumer displays, so the added physical real estate and the simultaneous upgrade to 4K was dramatic. I honestly can say 32” is probably the largest monitor I would want to work on. 27” is a nice middle-ground.

One feature of this monitor that I thoroughly enjoy is the EyeCare technology, which removes the blue light output, which traditionally is what leads to eye strain and keeps you up at night. Programs like f.lux or the built-in night mode on Windows/Mac do this to a degree, but they also change the color of your display pretty drastically whereas there’s no real visible orange cast with EyeCare turned on. There is also an ambient light sensor built-in that adjusts the brightness of the display based on the light in the room. Most of the time, this is the mode I’m in.  It also has “Zero Flicker” technology, which I don’t know how to measure the efficacy of but I took a photo of the screen on my phone and it didn’t have any scan lines in it or anything.

The nice thing about the PD2700U is that you can switch color modes with a quick right click on the desktop. As the majority of my work is going to the web, I’ll do my color in the sRGB mode instead of the Rec709, even though they’re largely similar. That being said, I just finished a music video intended for broadcast, and just to be sure I did that one in the Rec709 mode. It’s nice to have the option to switch, and if I ever get an HDR gig, I know I’m set for that too. The display this replaced was a 24″ Dell Ultrasharp, and while that monitor is color accurate and quite nice, it doesn’t display the full sRGB spectrum and doesn’t have the nice design/color-specific features. 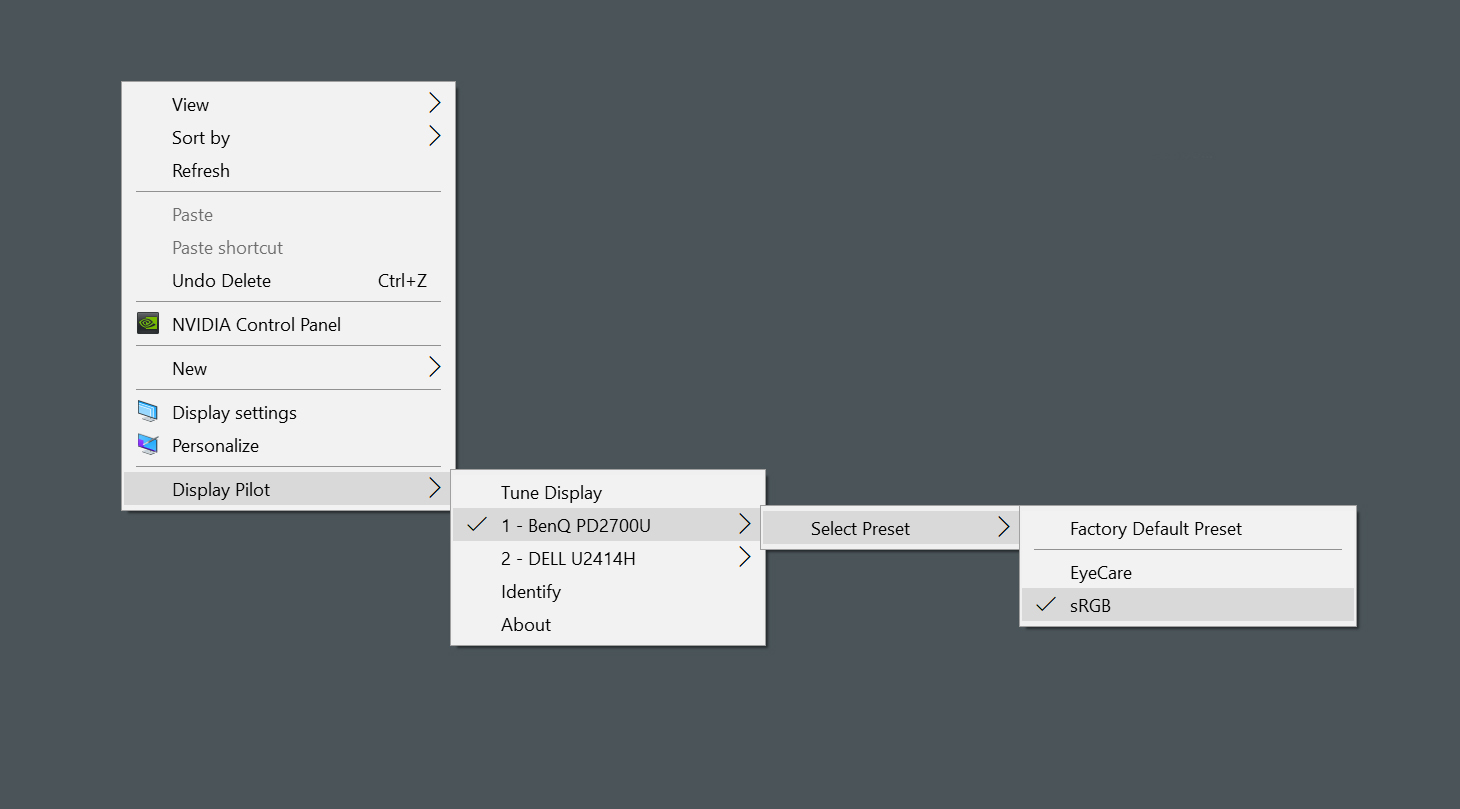 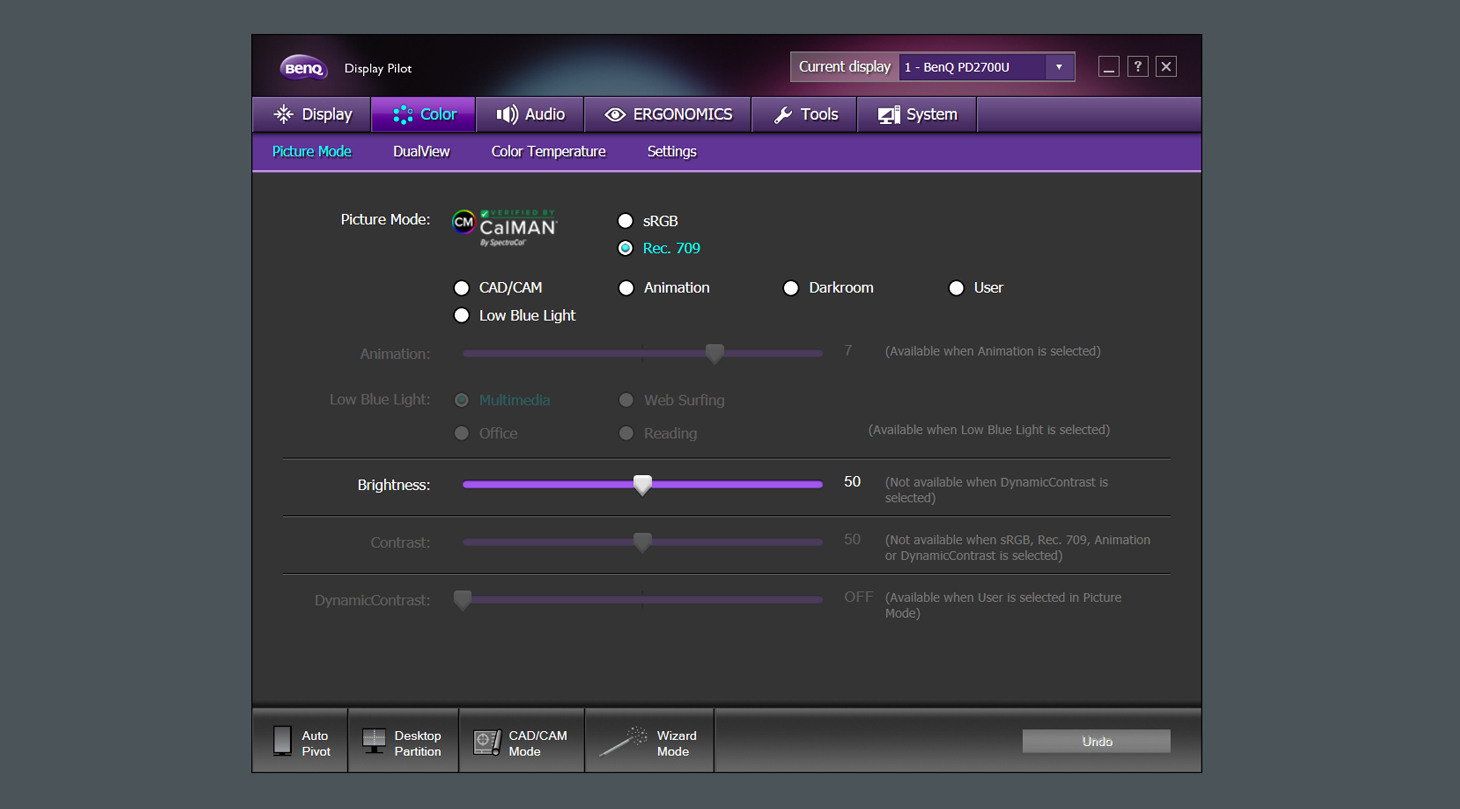 To that end, this monitor has a few viewing modes that might be beneficial to those of us who do more than just video work, such as CAD, Darkroom, and Animation modes. There’s also a feature called Dual View, where the screen splits down the middle to have one mode on either side, such as CAD on the left and sRGB on the right.

I thought that the bump to 4K would make watching 1080p content less enjoyable but pleasantly I didn’t notice a downgrade; regular HD footage looks just as good as it does on my old displays, if not a little better due to the 10bit color depth. I will say that playing video games at 4K isn’t as great as it could be, as you have to detune everything from Ultra to Low, at least if you’re on something like a GTX1070 like I am.

Editing in Premiere was where the benefits of the added resolution really came into play. 4x the size is no joke. Check out this screenshot of my dual monitor workspace:

On the left is the BenQ, on the right is my Dell. While 4K acquisition may not be necessary, a 4K workspace is absolutely the way to go. I also highly recommend a dual monitor setup even if you’re only in 1080. For the longest time I had a 23” Samsung television as my main and some budget Dynex TV as my secondary, and that was only 720p. Absolutely horrible color accuracy on both of them but the added space makes life a lot easier. I personally use Vashi’s Deadpool preset for Premiere, which I’ve modified a bit.

Having never had a 10bit monitor, I just assumed things would just work themselves out. No. After a deep dive on the Internet I learned that not only can some graphics cards not output 10bit signals, but technically you’re not operating in a fully accurate environment as the OS and video card get in the middle of the signal path. Technically to be truly accurate (IE a reference monitor) you’ll need an additional hardware card, and your program will have to be able to recognize it to send the signal that way. The Blackmagic Mini Monitor or Decklink are classic choices and Premiere & Resolve both recognize them. That being said, if you’re primarily grading for a more modest production intended for the web, you can probably get away with a “mostly” accurate situation (consumer card, accurate monitor, 8 bit even) as YouTube shows your content in 8bit/sRGB on consumer displays and phones/tablets anyway.

When editing for the internet (YouTube/Vimeo) I calibrate my monitor for sRGB 2.2 because that’s generally the color space your stuff will be seen in, as it’ll likely be a phone or laptop. As an Android/Windows person I hate to admit it, but if you go with whatever Apple sets as standard it tends to work out with the public. There’s arguments to be made for perhaps a different gamma setting but that doesn’t necessarily matter in this case.

I had never had to edit for broadcast until the Mahalo video for In My Arms where we needed it to pass QC in the UK. This involves more on the technical side than the visual, but to ensure I was going to be 100% accurate for broadcast (a first for me) I switched the BenQ to Rec709 mode and had about 40 tabs detailing broadcast safe levels and settings up on the other one. From there I just did what looked good and kept the levels where they were requested/required to be and we passed on the second try, which felt good.

I’ll have to do a writeup about the workflow because there was a lot of moving parts that worked together somewhat flawlessly, but as a primer: I edited in Premiere Pro, replacing maybe a third of the clips with After Effects comps as there was a lot of simple vfx shots in the video. This way I could render it out and keep working while I waited for notes. When I got to the point where I thought it was done, I rendered out one DNxHR 444 file and an EDL, opening that up in DaVinci to color. If I got a note on an effect, I could just open Premiere up, edit the AE file in the timeline, and then render the Premiere timeline again, updating the DNx file in DaVinci which doesn’t change or remove any of my grades. If the edit itself needs to change, you might have jumped to coloring too quickly. That being said, if it’s a very minor tweak it’s just a matter of replacing the video file as before and then moving the in and out points of the affected clip segment to line up with where they are in the new video file. Make sense?

So, at around $500 I’d say the BenQ is a solid investment. A nice, accurate, 27” 4K monitor is good for that kinda cash, and while this isn’t a video-specific monitor the added color & productivity enhancements sweeten the deal tremendously if you’re primarily producing online content or need to be a little more conservative with your purchases.