I was NOT going to panic. After all, I had bigger concerns. Like not being stranded on the Alaskan tundra a hundred miles away from the nearest human being. Or being eaten by a bear. 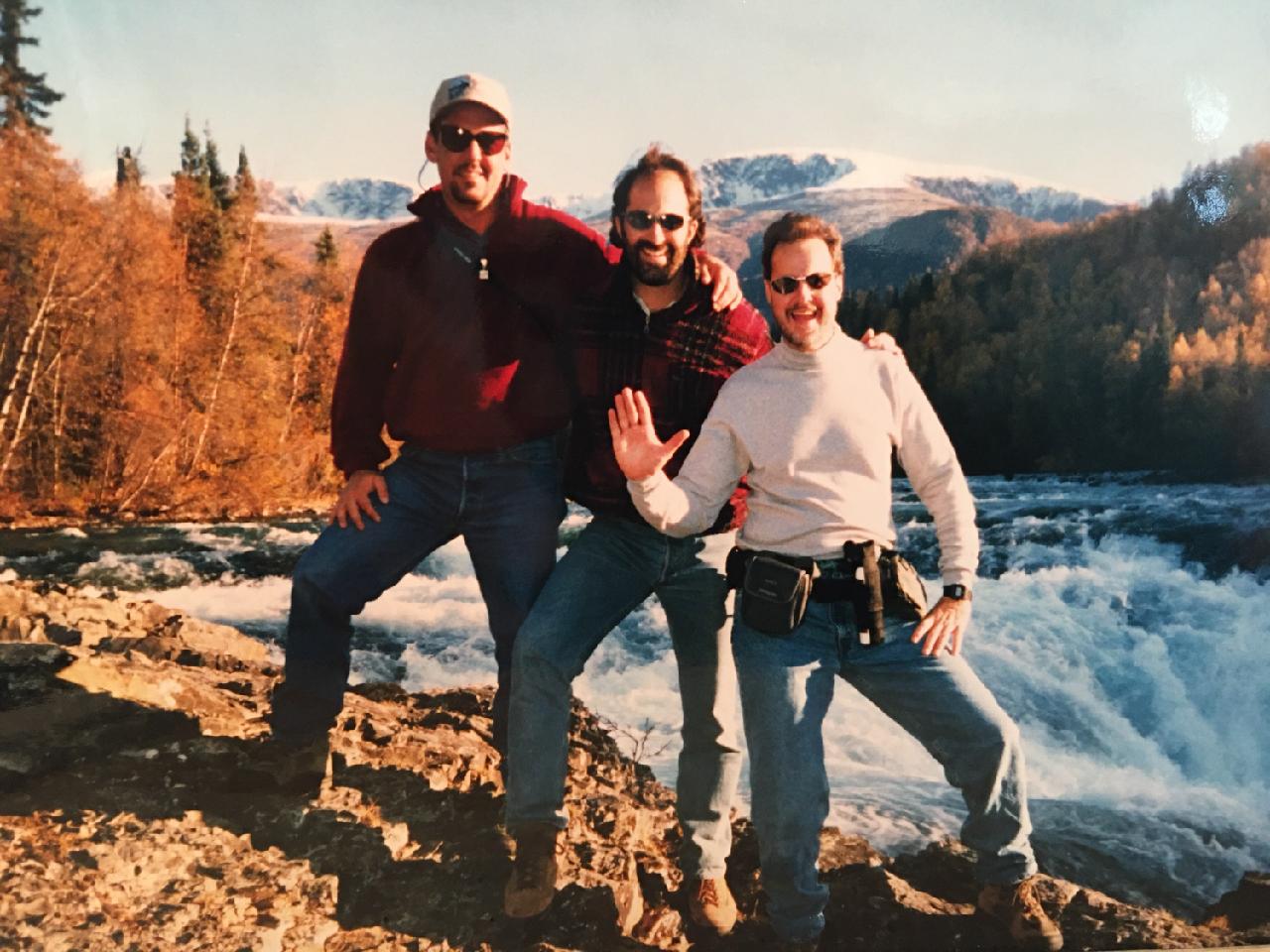 It was October 1997, but I remember it like it was yesterday. Life-altering events have a way of doing that to your memory.

I was 40 years old, shooting a wildlife reality show in the wilds of Alaska. Our bush pilot had just landed his tiny Piper Super Cub with its beachball-like “tundra tires” out in the middle of nowhere. That’s because out in the middle of nowhere is exactly where a herd of a few thousand caribou was headed, and I was hoping to intercept them. It would make for some very compelling images.

After dropping off me, my Betacam, Sachtler tripod, spare batteries, and some very minimal survival gear (water, PowerBars, matches, a .40 Glock) in case I got stuck out there, he took off to fly back to basecamp and notify the rest of our small crew and talent that we’d found the herd, and they were good to fly in the larger aircraft to join me. I only hoped he’d gotten my GPS coordinates correct!

It was dead silent, and the only sound I wanted to hear was either the returning aircraft or the distant rumbling of the approaching caribou. No loud crunching across the tundra from a 500-pound bear, please.

I found a position in some bushes that offered concealment and set up the camera.

As I and my gear were crammed in the rear of that little plane and got bounced around a bit in flight, I checked to make sure everything was good to go. Camera on stix. Camera powers up, good. Lens cap off, look in viewfinder and zoom in and out to check focus. It’s out of focus. Obviously the viewfinder’s diopter got bumped somewhere along the line. So I adjust it to its usual position. STILL out of focus. What the heck? I adjust it ALL the way out. NOW it’s in focus, but that’s weird.

I turn my attention to the controls on the side of the Betacam—the little illuminated window where you set timecode and audio levels. IT’S out of focus!

WHAT THE HECK?? WHAT HAS HAPPENED TO MY EYES?? I can see distant objects just fine but my closeup vision has suddenly gone soft. I’m only 40 years old and have had excellent vision my whole life—20/15 or even better. I WAS NOT GOING TO PANIC. I had bigger concerns (bears, being stranded…) But I’m a Cameraman/D.P./Director/Writer/Editor. I REALLY NEED MY EYES! 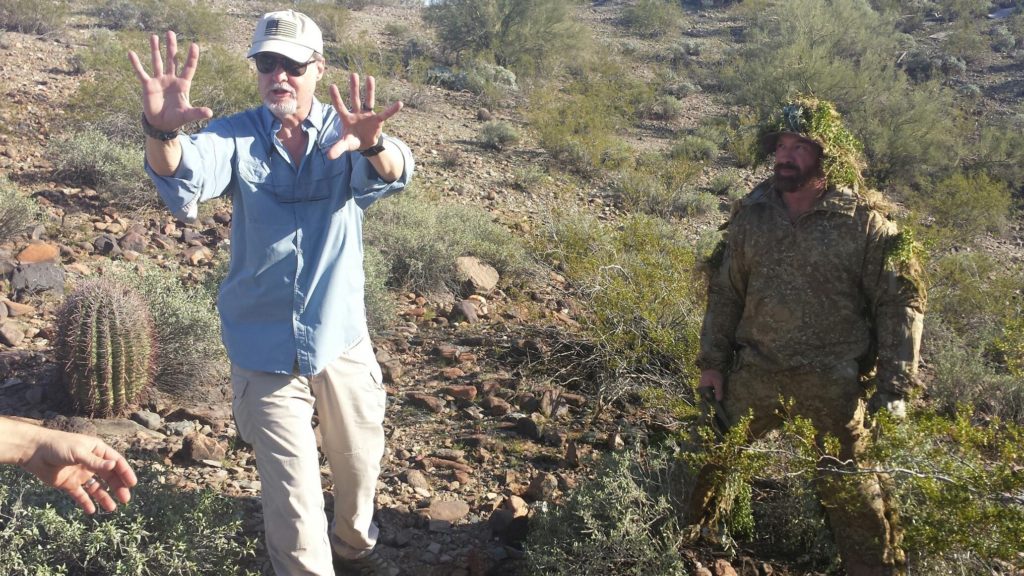 That was the rather dramatic beginning of the dreaded “Reading Glasses Season” of my life, a season that ran for 23 long, cumbersome, inconvenient years, until I discovered a truly life-altering procedure that instantly ended it. 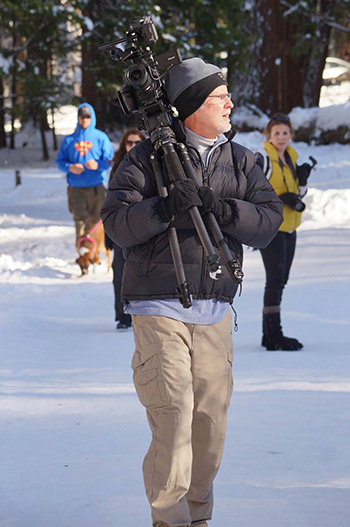 Backing up a bit, I was getting desperate. Now at age 63, my close-up vision was shot, so every day had become a parade of glasses-on, glasses-off, glasses-on, glasses-off. Shooting a doc in equatorial Uganda was not only challenging because of the oppressive heat, humidity, poisonous bugs, snakes, and threats from charging buffalo and elephants, but from the all-day sweat dripping into my reading glasses hanging from my neck when my eye was not in the viewfinder. I had to clean them a dozen times a day, or more.

Enter Dr. Brian Boxer Wachler, the legendary eye doctor and innovator in Beverly Hills. As a fixture on the TV series The Doctors (the eye expert) and from my own research to see if there was ANYTHING that could be done to correct this madness, I became familiar with him. So I reached out.

I discovered that of course I was not alone, not by a longshot. I already knew that almost all my cameraman buddies wore reading glasses (unless they wore contacts or prescription glasses), but what I didn’t know was that about 80% of the 140 million Americans aged 45-55 have developed presbyopia, the age-related inability of the eyes to focus on near objects. (The eye muscles develop slack around the lens and can’t focus anymore.) That percentage increases significantly as the population ages. So that’s about 112 million Americans suffering right along with me. And I discovered that “Dr. Brian” had a unique, one-of-a-kind minimally invasive procedure that takes less than ten minutes to instantly correct the problem, often permanently.

It’s called Fortified CK. The CK stands for Conductive Keratoplasty. The “Fortified” part is uniquely Dr. Brian’s, which makes the procedure long-lasting, often permanent. While CK has been around about 20 years, the proprietary cornea-strengthening procedure called “Holcomb C3R” (named after an Olympic bobsledder he performed it on) “locks in” the cornea reshaping procedure, offering results that no one else can claim.

In short, Dr. Brian gently applies tiny points of heat around the lens which reshapes it, and voila’, you have closeup vision in that eye again! Then he applies a solution (the “Fortified” part of the procedure) and you’re good to go.

My procedure was less than ten minutes, and at almost a year later, the results have been profound. I no longer use any reading glasses and have completely retired my progressives.

Specifically, he did the procedure on my non-dominant eye, so I have close-up in my left eye, and distant in my right (he can also make that distant-to-medium range vision better with the same procedure.) The brain has an amazing capacity to combine the near and far vision of the two eyes, and I adapted very quickly (the same was not true when I tried a correction lens in one eye—monovision. I walked around all day like Frankenstein… gave that up right away.)

So now I don’t need multiple pairs of reading glasses everywhere– in my car and all over the house—on my nightstand, by the TV remotes, in the kitchen, by the computer, in the bathroom, in the garage… no more 3-packs of 2.5x from Costco! I am DONE!

Dr. Brian told me he has a wide array of patients, from attorneys to cops, teachers, doctors, nurses, athletes, actors, editors, reporters, even an (unnamed for confidentiality) world-famous, Oscar-winning film director who has been absolutely thrilled with the results. When I heard about it, I immediately told him, “EVERY cameraman—every D.P., every editor, every writer… heck, everyone over the age of 40 needs to know about Fortified CK, how life-changing it can be!” And now that I have had the procedure and am coming up on one year “post op”, I can confidently recommend it to my friends, my family, and my colleagues.

There just isn’t a good reason any longer to wrestle with the headaches and hassles of reading or prescription glasses, whether or not you’re dripping sweat into them in an equatorial jungle, shooting ENG or docs, working on a stage or a set, editing, reading a script or on camera as talent.

Working in film and TV is challenging enough without having to fight with eyesight issues. Heck, there could be a bear waiting to make you its next meal. Or far worse, an important shot that was out of focus…

Jody Eldred is an Emmy-winning and DGA Award nominated 45-year veteran of TV and Film. He has worked in Hollywood for 35 years as a director, cinematographer, writer, and editor, and is a published author. To date he has not been eaten by a bear and intends to keep it that way. Learn more about him at www.jodyeldredproductions.com