Three manufacturers are striving to create the perfect filter, and we’re going to help them 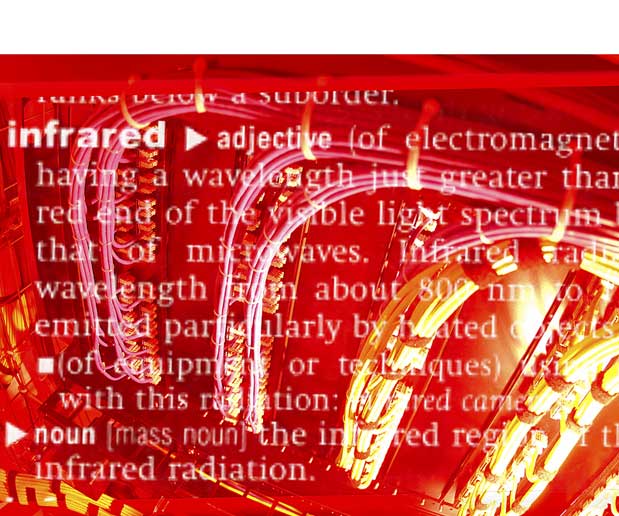 I’m ramping up for an IR/Hot Mirror filter shootout, where I hope to test IR cut filters of various types from three different manufacturers: Schneider Optics, Tiffen and Formatt. If all goes well, and all the filters arrive in time, I’m hoping to shoot tests on Friday at Chater Camera on the Sony F35, Sony EX1, Sony EX3 and RED cameras.

This test came out of my recent discovery that one of the standard IR filters, the Schneider Tru-Cut IR 750, works great on the RED but doesn’t work at all on the Sony F35. The F35 shows some IR/far red contamination when using three stops or more of ND, and when I spoke to Sony about this issue I was told that Tiffen had a solution that worked quite well for both the F35 and the Panavision Genesis: the IR ND series.

A conversation with Tiffen revealed that they have two lines of IR/far red cut filter, and each one has a different intended use. Both the F35 and the Genesis have a hot mirror built onto the chip that cuts the spectrum at 700nm but appears to leak between 680nm (far red) and 700nm, which allows for far red contamination when the ratio of visible light to non-visible light become too low–which happens when using more than three stops of ND. Far red is on the border of human vision but is not yet infrared, or heat, energy.

Here’s the spectral sensitivity chart for the Tiffen IR ND’s:

Somehow the Tiffen filter significantly reduces the amount of far red and IR light above where standard ND’s leave off, around 680nm.

Tiffen has a separate solution for the RED, which apparently has no hot mirror on the chip (or has a very ineffective one): the Tiffen Hot Mirror and Hot Mirror ND filters:

These products appear to cut light quite sharply at around 700-720nm, a range which is known to be very effective at removing IR/far red contamination in the RED ONE camera.

Schneider has asked me to test three different filters: a 680nm cut, a 720nm cut and a 750nm cut. The lower cuts require a heavier dichroic coating on the filter, and when viewed off-angle the metallic coating can appear cyan. The early version of their IR cut filter for the RED, an updated version of their very successful 486 IR filter for early digital still cameras built without hot mirrors, worked extremely well for lenses longer than about 20mm. They couldn’t be used with 16mm lenses because the angle of view around the edges of the frame were off-axis enough that the dichroic coating caused a cyan-colored vignette.

Schneider then developed the Tru-Cut IR 750, with a much lighter dichroic coating that causes no vignetting at any focal length, that is just enough to do a perfect IR cut on the RED–but doesn’t work at all on the F35 as the chip already has a cut filter at 700nm and the leak seems to be below that.

The goal is to find just the right level of ND/far red cut to do the job without compromising any other aspect of the image capture process.

Anecdotal evidence from Videofax says that the Format Hot Mirror filter has some effect on the F35 but doesn’t do quite enough.

All three manufacturers are being very gracious and helpful, and I hope the results of the test are as helpful to them as they will be to us. Here’s hoping everything aligns and we have the equipment and filters that allow us to test on Friday.