Editors are about to get knee deep in visual effects and VFX artists finally have an affordable tool for client-driven online sessions.

Blackmagic’s announcement at NAB of integration between Resolve and Fusion may have gone unnoticed by many, but it actually signals a significant shift in the way effects work will be done going forward. 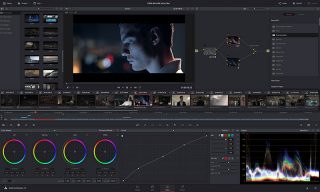 It wasn’t long ago that to buy a single online effects system like Autodesk’s Flame or Inferno would set you back half a million dollars or more. Autodesk has recently slashed the price of the Flame to a rental model of $750 a month (which is pretty close to how much a Flame bay used to rent for per hour). But traditionally there just wasn’t anywhere else online effects work could be done. A package like Nuke or Fusion can do the same quality of work (in fact, with a greater color precision) but try to run an online session with a client barking for version reviews and in-cut conforms? Forget about it.

Enter the integration between Blackmagic’s Resolve and Fusion. With the release of the new version 12.5, Resolve (itself formerly a six-figure color grading package) has certainly found its legs as a highly capable non-linear editing system. So what does the Fusion integration look like and why is it a big deal?

With version 12.5 (available for download), Resolve editors can select a section of the
timeline and choose “New Fusion Connect Clip” from the context menu. A Fusion project opens up with all the footage tiles created and connected to a render node (aka the Saver node). Do your effects work, click render, then pop back into Resolve. Your Resolve timeline dynamically updates with the rendered version of the Fusion comp. 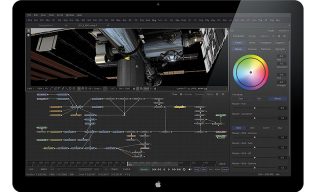 Now I hear the After Effects crowd crying foul already: Premiere and After Effects have had this kind of integration for ever. But there are a couple of significant differences. The Resolve implementation includes a versioning system. Want to try a different direction? Create a new version and build a different look in Fusion. Now in Resolve you can switch between the different versions to review with a client.

Couple the access to Fusion with Resolve’s pedigree as a high-end grading tool and you have everything you need to keep your demanding agency client placated. Does it replace a Flame operated by a seasoned Flame operator? Probably not, but these are early days.

For editors looking to pull some of their effects work in-house, this is a perfect segue. And for visual effects artists looking for a platform for online grading and effects work, complete with version review and in-the-cut conform capabilities, the Resolve-Fusion partnership is a compelling one.

What’s even more compelling is the price: both Resolve and Fusion are downloadable today for $0. Not hamstrung, watermarked demo versions, but fully-functional software capable of UltraHD output and licensed for commercial production. Now that’s an affordable post solution.

If you’re interested in learning Fusion, Moviola.com is currently offering a 30 minute crash course covering both the fundamentals of node-based compositing and an overview of working in the Fusion interface.