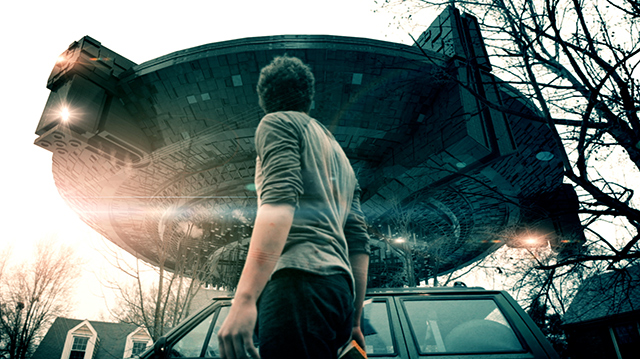 Adobe: Tell us how you got involved with Red Giant.

Rabinowitz: I was at Viacom working on production, writing, animation—a little bit of everything. Then in 2004 Creative COW invited me to do an online weekly tutorial podcast on Adobe After Effects. This was before YouTube, so there was really nothing like it at the time. The tutorials were much more popular than I thought they would be. I was able to use that experience to get a job with Red Giant creating training and online content.

Worley: During the last season of Lost, ABC had a contest that challenged fans to create a promo for the series. I used the Red Giant Trapcode Particular plug-in for After Effects to recreate the infamous “smoke monster” from Lost for the promo. Aharon found my promo, took a look at my portfolio, and asked me to work with them. Honestly, my first thought was that I could get some free Red Giant software, which sounded like a great deal to me.

Adobe: Why did Red Giant decide to make films?

Rabinowitz: We were trying to find the best way to talk about our products. We spent a lot of time hunting down our customers to get permission to show their work. One day, we realized that we’re at a company that’s made up of a huge number of creative people who love film. So we decided to stop trying to find customers and start being our own customer by making our own films. But we didn’t want mediocre, dry films that were basically a commercial for Red Giant products. The product marketing has to be secondary to the story. 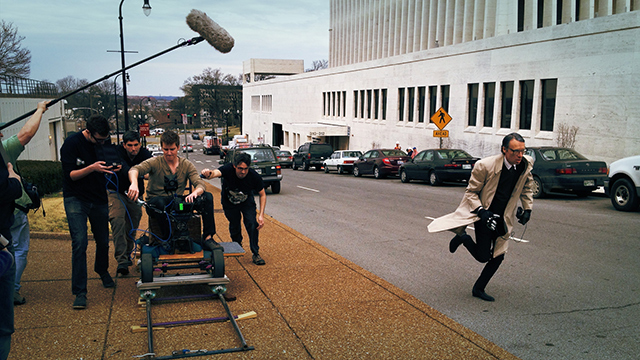 Behind the scenes of Spy Vs Guy

Adobe: How do you decide what films to make?

Worley: Our best ideas grow organically from the product. We start by looking at what the product can do, what features are most valuable from a marketing standpoint, and how we can represent those features both visually and thematically.

A good example is our most recent film, Old/New. We wanted to show off a plug-in called Magic Bullet Film that emulates real film stocks. It even has a slider that lets you adjust your look from vintage to modern. We wrote a story about a guy who wants only the newest technology and trends out there, but then he becomes obsessed with old things, like aged whiskey and antiques. The visual look of the film follow the story, shifting from new to old.

Adobe: Tell us about how some of your other films demonstrate Red Giant products.

Rabinowitz: Our first film, Plot Device, featured Magic Bullet Looks, which has lots of pre-set looks and colors for different film genres, from romance to film noir to action. We said, let’s write a story about a guy who gets a device that transforms his life into different film genres. We didn’t just recreate the colors for each segment; we tried to capture what makes every genre unique. For example, film noir tends to have stationary cameras and dramatic angles, but in action movies, the camera doesn’t stop moving. This film allows us to show off Magic Bullet in a fun and authentic way. 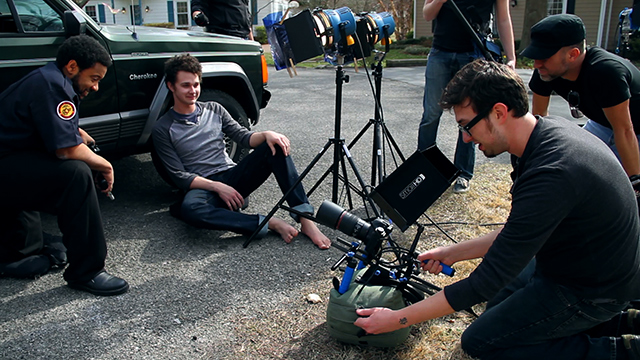 Behind the scenes of Plot Device

Adobe: Why do you like working with Adobe After Effects CC?

Adobe: What are some advantages to using Adobe Premiere Pro CC?

Worley: When you’re working with After Effects, it makes sense to look at Premiere Pro. The integration between the two is so seamless. You can use Dynamic Link to switch back and forth to make little changes, and it’s just simple and convenient.

Rabinowitz: Unlike Seth, I never had experience as an editor. I could never get my head around editing with Final Cut Pro. It felt like I was staying at a friend’s house, where I’m not quite comfortable enough to cook myself dinner in the kitchen. Premiere Pro feels so similar to After Effects that it’s like coming home. 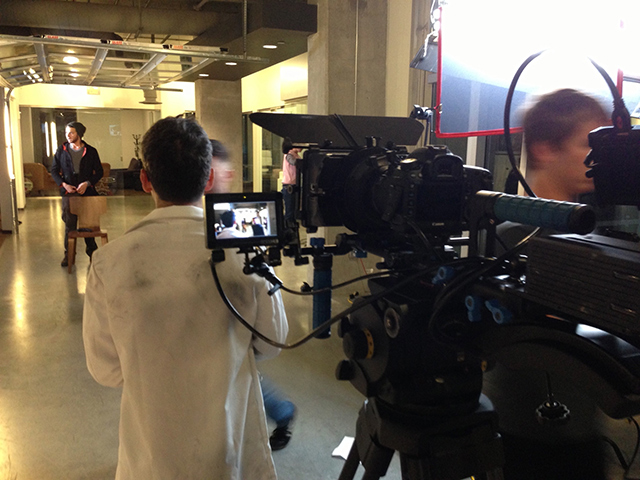 Behind the scenes of Tempo

Worley: The transition from Final Cut Pro to Premiere Pro could have been a disaster because just when we decided to switch I got a huge directing opportunity for J. J. Abrams’ Bad Robot, and suddenly I had a lot going on. I had to finish post-production fast and there was no time for a learning curve. I needed to be just as comfortable in Premiere Pro as I was in Final Cut Pro, and I was. It was extremely intuitive, and everything went smoothly at a chaotic time.

Rabinowitz: We’re very focused on Premiere Pro because we believe that’s where the future of editing is.

Adobe: How else does Adobe Creative Cloud contribute to the workflow?

Worley: We use Photoshop and Illustrator almost every day. All of our film titles are designed in Illustrator. Adobe Media Encoder is another big one to output in any format we need. I’m also completely in love with Lightroom. Stu Maschwitz’s Prolost Vintage Presets are amazing, especially for an amateur photographer like me. It’s such a lightweight program that does so much. It’s like having our Magic Bullet plug-ins for photographs.

Rabinowitz: I use Audition for noise reduction and sweetening in our product promos.

Rabinowitz: We’re still working on what stories to tackle next. We would love to try something a bit different, like a web series or long-form film project, but we tend to move quickly once we have a project in mind. One of the best things about making these films is that they’re really bringing us closer to understanding our independent customers. We’re learning about what issues our customers are dealing with, and we can brainstorm tools that we wish that we had while making these films. It’s entertainment, advertising, and research all rolled into one.

Check out all of the Red Giant Films at redgiant.com/films