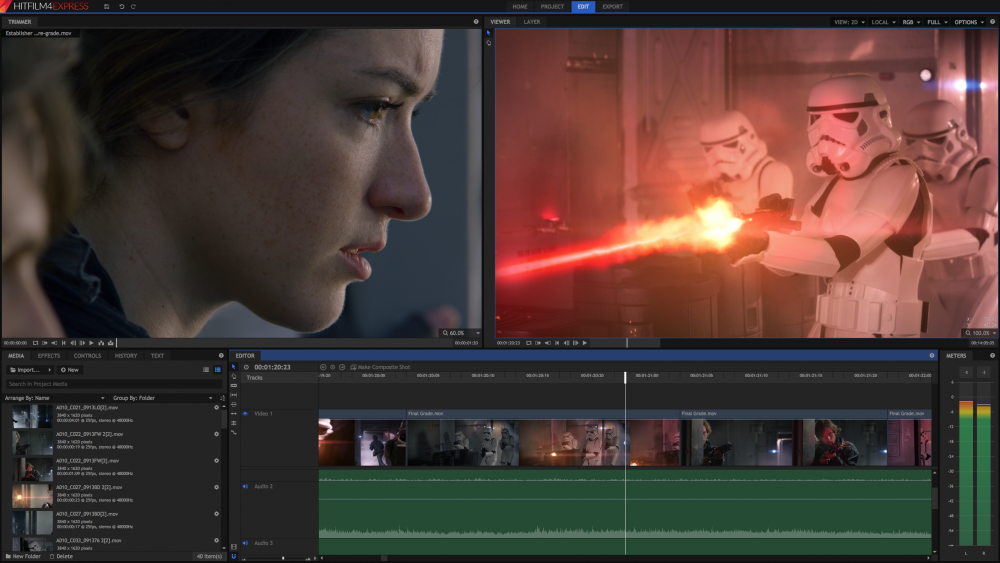 There’s more in the Hitfilm Express Rebellion project, and even more in previous Hitfilm Express demo projects, like a version of an Iron Man inspired heads up display, Star Wars style lightning power and lightsabers, and Film Riot’s Portal Combat.

HitFilm 4 Express is among the most advanced free video software tools available: a video editor, it also includes pro-level animation tools, speed controls, and over 150 effect filters such as lightning, smoke and explosions. It also offers flexibility through a set of optional expansion packs with additional features and effects, if users decide to delay upgrading to Hitfilm Pro or After Effects. Hitfilm Express can be used on consumer laptops or hardcore gaming rigs using any of the last 3 versions of Windows or MacOS.

For more on this effect, see the AEP roundup 3D from 2D images: After Effects and Making faces 3D. 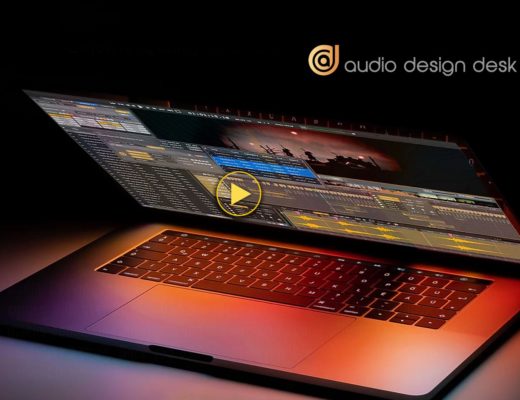 The same team who produced sounds for “Spider-Man” and “The Avengers” created sound elements for Audio Design Desk Create,... 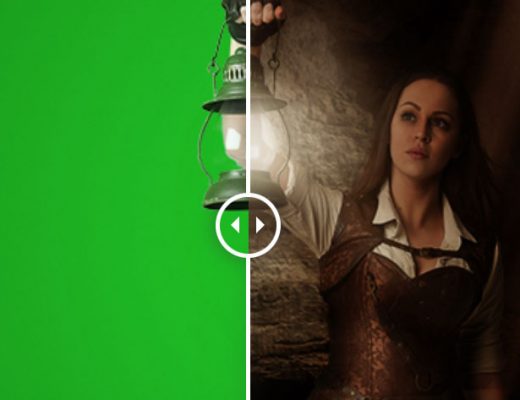 Announced during NAB 2019 by VEGAS Creative Software and FXhome, VEGAS POST was updated for the cancelled NAB 2020....