To become a partner with PVC, contact us at info(at)provideocoalition(dotcom) 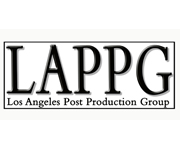 The Los Angeles Post Production Group is an organization for digital filmmakers with an interest in post production and film finishing. The LAPPG provides a forum to share knowledge, build community, explore technologies and techniques and encourage post production professionals to connect and expand their networks.  LAPPG provides our members with valuable offers and discounts as well as opportunities to network and make industry connections.

Membership is free and you need not live in Los Angeles to take advantage of this great resource. 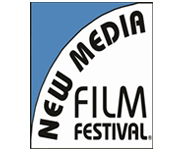 For years, The New Media Film Festivals have led the way in the pursuit of stories worth telling, the exploration of new media technologies, boundary pushing resulting in new distribution models and creating and establishing new methodologies in the global monetization of content. The New Media Film Festival embodies the transformative power of the cinematic arts and it reaches across cultural bridges to wed story and technology for everyone. The New Media Film Festival is a gem that has been well cared for and exponentially promoted across a variety of channels and via several well manicured networks infused with high pedigree creators and executives. It is one of the most unusual festivals in the world today. 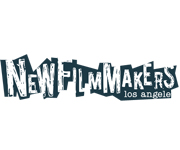 NewFilmmakers Los Angeles (NFMLA) is a non-profit organization designed to showcase innovative works by emerging filmmakers from around the world, providing the Los Angeles community of entertainment professionals and film goers with a constant surge of monthly screening events. NFMLA provides a forum where filmmakers can be recognized for their contributions, have open audience discussions about their projects and connect with industry professionals for insight on distribution, production, acquisition and representation.

Each month, NFMLA presents red carpet screenings of documentary, short and feature films that have been submitted from all over the world, followed by a Q&A with each films director. The program also offers a special after party so the audience can meet the filmmakers and incredible talent involved. 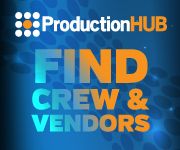 ProductionHUB is an online marketplace that connects businesses with professional content creators to make their projects come to life – from production companies, post houses, and equipment vendors to crew, freelancers & everything in between.

Since its inception in 1998, ProductionHUB has been a B2B resource for professionals behind-the-scenes in media & entertainment; but with the popularity of video as a marketing tool, the business world has quickly adapted and ProductionHUB bridges this gap.

Every day, thousands of production professionals of all levels gain new jobs, clients, and projects. ProductionHUB has grown to become the the world’s largest, most qualified production community & resource, attracting more than 6 million searches annually.

The largest membership-based sound library in the world, Soundsnap is a professional online sound library, featuring high-quality sound effects and loops from Hollywood sound designers and cutting edge music producers. Anyone who needs sound effects can use Soundsnap. Our clientele includes everyone from Hollywood movie studios, to community theater directors, to iPhone app creators. Last year, more than 3 million people visited Soundsnap from all over the world.

Tasos Frantzolas started Soundsnap after a brief career in London’s music industry. With a small team of 20 initial contributors, Tasos and a global community of sound enthusiasts grew Soundsnap from a small hobbyist site into the professional production resource it is today.