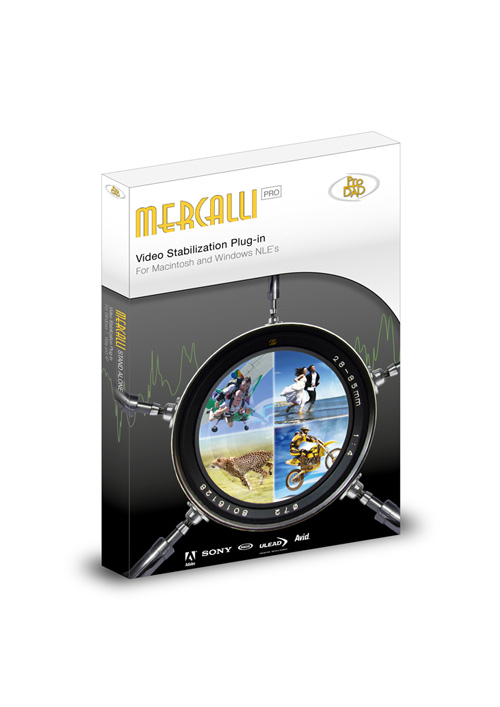 Mercalli Pro & SAL both offer highly effective rescue of shaky video in post production/editing thanks to brand-new 3D (X, Y, and Z camera axis) stabilization technology which is an order of magnitude improvement over current stabilization technologies currently available in the market. Because 3D stabilization is so effective, a unique “Dynamic Camera” mode feature allows very precise control of the stabilization to retain the video’s character. Both versions incorporate exclusive SmartBorder™ options which significantly reduce the need to zoom-in like other solutions, keeping the video borders intact. Also new in Mercalli Pro & SAL is highly effective rolling-shutter compensation. Rolling-shutter is distortion of the video introduced by many CMOS digital cameras/camcorders, giving the appearance of wobble, Jello, or skew towards the bottom of the frame when the camera is panned quickly. Both versions can render stabilized HD or SD video in real time.

proDAD’s Mercalli provides an elegant solution to the common problem of shaky video shot in the field where it’s not always possible to use a tripod or monopod to capture a scene, and flat-out impossible for helmet or vehicle mounted action cameras and mobile devices. Mercalli differs from other post-production video stabilization tools as it does not require the user to struggle with baffling mathematical theory in determining the most appropriate settings to correct shaky video. The user simply selects the video to be stabilized on the timeline within the NLE software, selects a “de-shake” profile for correction, and Mercalli does the rest. The user can see the effects in real-time for HD or SD video, even make fine tuning adjustments on the fly.

Pricing and Availability
Mercalli Pro will retail for $249.00 and Mercalli Stand Alone will retail for $149.00. Current Mercalli Expert or Mercalli Light customers are eligible to upgrade for as little as $79.00. For a limited time Mercalli Pro and Mercalli SAL are available for a special “pre-order” offer with 20% off savings + download of special pre-release versions of the Windows plug-ins and the Stand Alone Version for those users with urgent needs. Released versions of Mercalli Pro (Windows) & Mercalli SAL are expected to ship mid-August and the release of Mercalli Pro (Win + Mac) is expected by early September. Please visit www.prodad.com to learn more.