Filmmaker Jonathan Baty of ProAm USA taps into the Kickstarter filmmaking community to help launch the CarryOn Jib, the most compact, lightest camera crane of its kind. 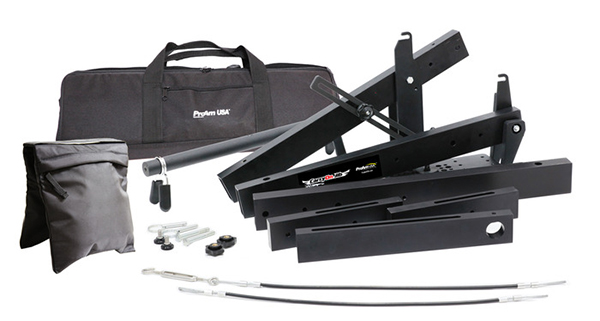 I found this press release interesting because I've known that the ProAm brand is an established manufacturer of filmmaking tools and products (I'm still currently testing a long-reach Jib that I hope to release a review on soon). But why would a manufacturer go with a Kickstarter campaign to release a product?

I've seen this phenomenon a lot more frequently lately and I understand the concept here. It's the ultimate “win-win”. The designer/manufacturer doesn't have to get capital investment money from investors or loans to bring a great product to market, and instead allows crowdfunding to come up with the cash needed to make it happen. The crowdfunded donors then get a great deal on the first production run and also get to be the first to be able to use the new gear (if they donate at a high enough level) or at least save some serious money toward the product. Either way, I'll support anything that benefits everyone like this.

I was fortunate to get a test unit to try out and it's deceptively VERY compact! I took these shots of the kit next to my Canon 60D for scale. This truly IS a “carry-on” jib that could easily go with you even on a small twin-engine plane. 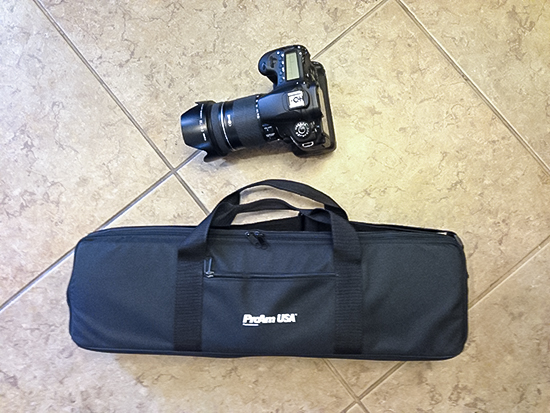 I will be testing this jib in the next few weeks and will post my results here in a full review. In the meantime, please go check out their Kickstarter page and get in on a great deal at the same time.

Piedmont, SC – July 24, 2014 – ProAm USA, a manufacturer of production equipment for film and video enthusiasts and professionals, has just launched a Kickstarter campaign to bring its latest innovation, the CarryOn Jib, to fruition. With a goal of $25,000 and 29 days to reach it as of July 24th, if successful, the ProAm USA CarryOn Jib will be the most compact, yet full-sized crane on the market.

“As a filmmaker, I’ve learned that logistics and limitations of equipment can often come between us and our dreams,” says Jonathan Baty, president of ProAm USA, in his Kickstarter video. “Whether you’re going overseas or trekking into a local wildlife park, without a multi-person crew you’ll have no choice but to limit yourself and perhaps sacrifice that one perfect shot. Without making sacrifices in quality or function, I designed the CarryOn Jib to be an easy-to-assemble, modular crane that allows filmmakers to get amazing, dynamic movements that only a crane can provide.”

The ProAm USA CarryOn Jib features a 360-degree, lockable bearing base with built-in bubble level to provide smooth, fluid motion. Every joint features oil impregnated brass bearings to ensure smooth rotations. Like all ProAm USA gear, all parts are machined from the highest quality aluminum and then anodized. The crane’s coated steel cables that connect to the camera platform provide automatic leveling, while the platform can be swapped out for an optional 75 mm bowl mount.

The smallest and lightest crane of its kind, the CarryOn Jib expands from four feet to a full six feet in length and can collapse into an amazingly compact 22-inches, fitting securely into an airline-approved, carry-on sized bag. The jib’s extension option brings the total length to an impressive eight feet. Altogether, the package weighs only 10 pounds, making it possible for filmmakers to easily take anywhere. The optional ProAm USA tripod is also carry-on sized.

“While manufacturing film tools has given me the ability to craft the gear I need, it’s a complicated process that requires a great deal more time, money and energy than I could have ever expected – especially with manufacturing costs rising as consumers demand lower prices,” states Jonathan. “Even so, I’m taking this project on as my personal venture, following the path of innovation. There are hundreds of times I can look back where the CarryOn Jib was exactly the tool I needed – it just didn’t exist yet. With the help of dedicated backers, I plan to change that.” 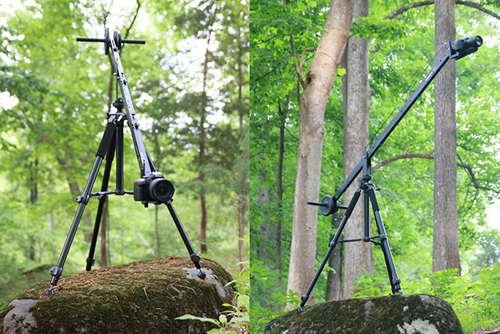 The ProAm USA CarryOn Jib Kickstarter campaign offers a number of varying donation levels, from a supportive $5 donation to the $799 level, which gets generous backers the four-section eight-foot CarryOn Jib with bag, quick-release plate, sandbag, tripod and full 7” HDMI LCD kit. Filmmakers interested in backing the campaign will be able to support the community as well as get their hands on an incredibly useful, versatile piece of equipment.

Drawing from experience in the video and film industry, ProAm USA began in 2003 and launched its first uniquely designed camera crane in 2004. It was the first tool-less camera crane and one of the first made specifically for consumer and prosumer cameras. Over 10 years, ProAm has become the innovation leader in camera mounting systems with products used worldwide by film and video professionals. ProAm’s mission is to make it easy to shoot amazing video and create incredible films by manufacturing well-designed, superior quality crane and jib systems for high-end hobbyists and professional photographers and filmmakers.