The Second Sky Music Festival is back as a live in-person event next September, but because of Covid-19 created a virtual event streamed last April, Secret Sky, a concert shot with Blackmagic Design cameras. 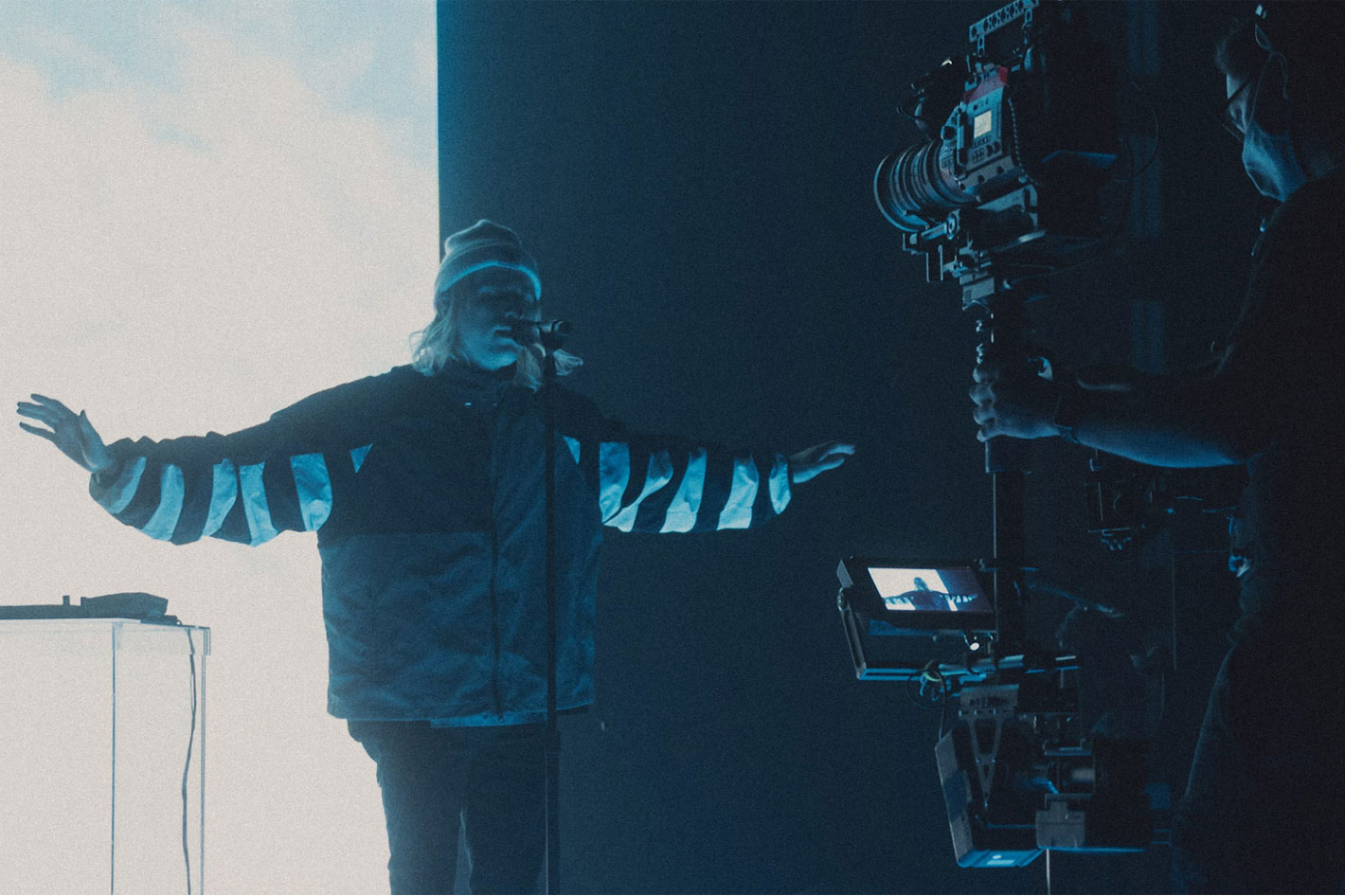 Not even a pandemic could stop record producer, musician and singer Porter Robinson from sharing his creativity, and the Secret Sky concert turned into an experience where VR played an important part.

Two years ago electronic music wizard Porter Robinson surprised the world with his Second Sky Music Festival in Oakland, California. The Second Sky festival is now back, as a live in-person event, scheduled for September 18th and 19th at Cesar E. Chavez Park in Berkeley, California. Despite the limitation caused by the Covid-19  pandemic, Porter Robinson did not stop sharing his music, and hosted two streaming iterations of the festival, with a slight name change: he called it “Secret Sky”.

Porter Robinson is an American record producer, musician and singer whose debut studio album was number one on Billboard’s Top Dance/Electronic Albums. To promote his latest album, Nurture, he performed parts of the new album at the Secret Sky Festival, a digital festival aimed at raising money for a variety of charities.

Porter Robinson’s “Secret Sky” concert was shot using Blackmagic Design’s Pocket Cinema Camera 6K Pro, Pocket Cinema Camera 6Ks and URSA Mini Pro 4.6K G2. The hour plus immersive concert, which has been watched by millions around the world, could be viewed in 2D as well as inside a VR world where customers could mingle with avatars of other fans from around the world. 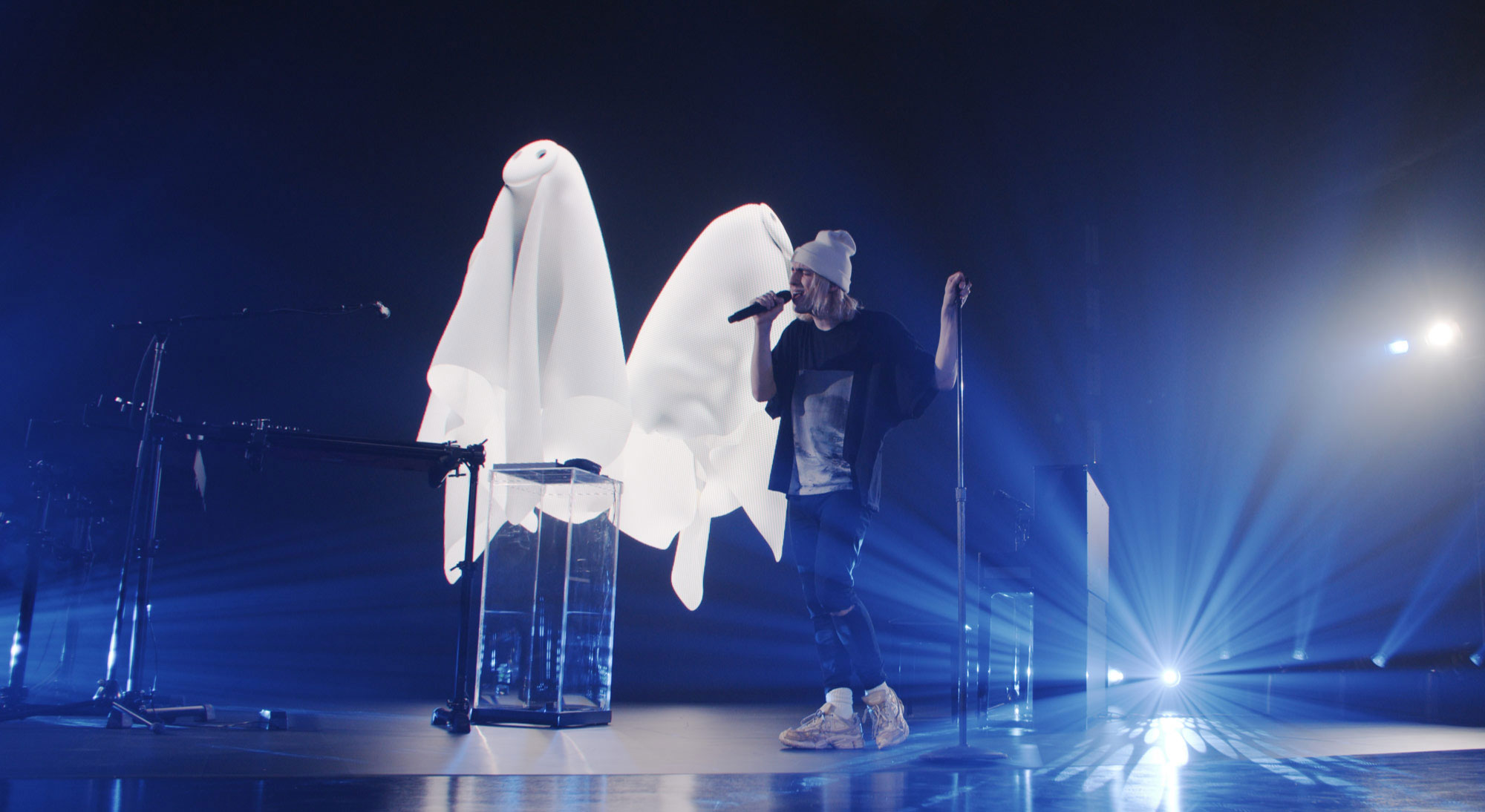 The director and editor for the project, Mike O’Brien, was tasked with giving viewers a feeling that they were at a live show, while also offering a cinematic, digital experience that was beyond what could be seen live. The entire stage was made up of large LED screens, including the stage floor, sides, back and ceiling.

“Our goal was to give the viewer an incredibly immersive experience while capturing all the feelings and emotions that one would experience being at a live show. Fans had the option to enjoy the show inside of a VR world that Porter and his team built. And those with Oculus headsets could experience the set in a powerful, perspective shifting way where they could mingle with other avatars from all over the world while watching the show together. So wild!” O’Brien said. 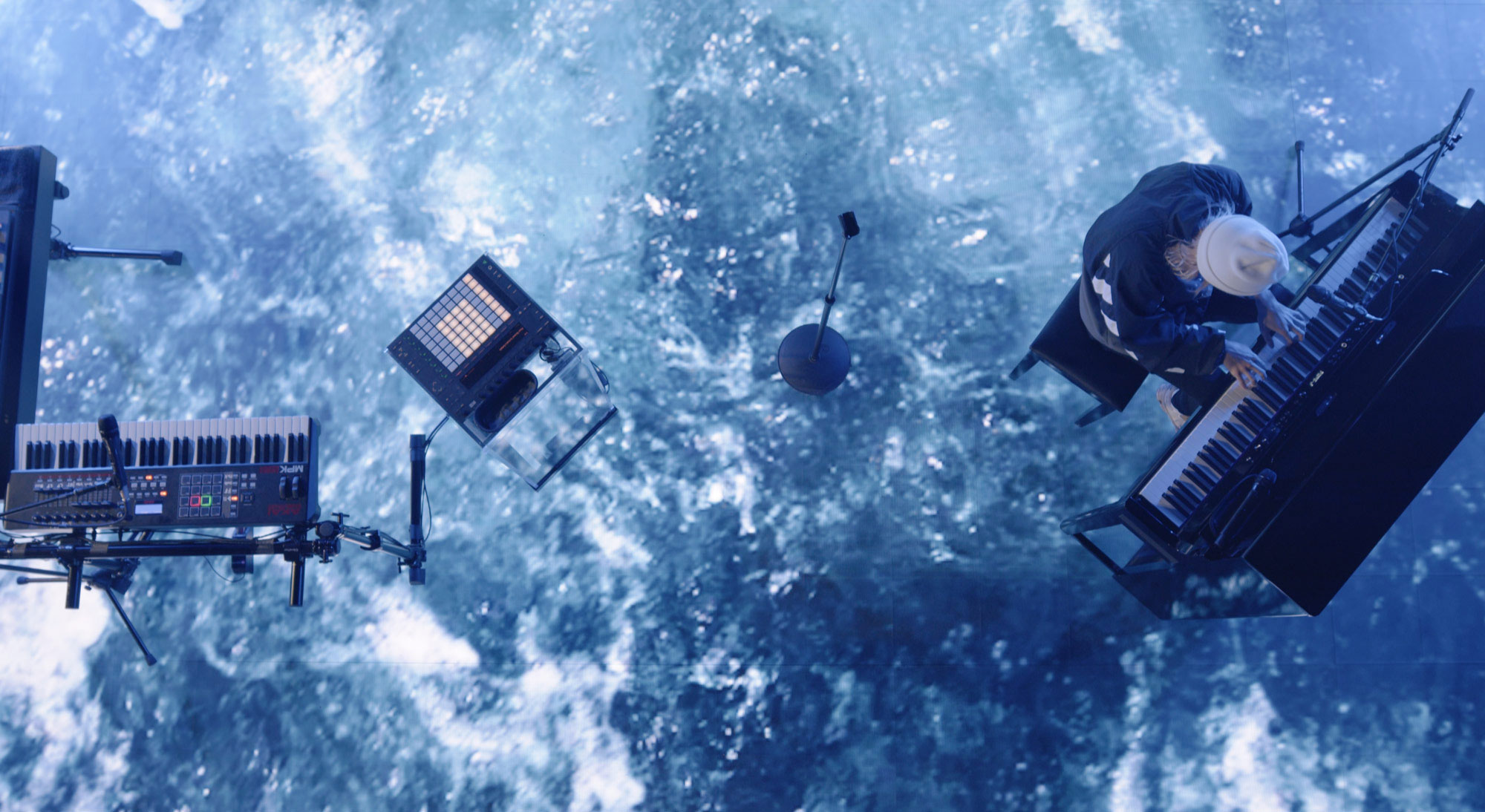 “This is exactly what we were going for when we planned out the angles. Having a bunch of looks allowed us to cultivate that immersive feeling throughout. It was important for us to capture the ‘fan’s front row perspective,’ so our two camera ops, Jay Kaufman and Gabe Rubiano, were strapped up with Pocket Cinema Camera 6Ks on shoulder rigs to achieve that free flowing handheld vibe. The jib/center rigged cameras gave us our expansive looks, whereas the Steadicam and handhelds were our more intimate looks.”

O’Brien was faced with capturing the huge number of unique graphics and lighting changes that accompanied each song. Relying on the camera’s latitude and color science, shooting in native ISO 800 and recording in Blackmagic RAW 8:1, he was able to get the shots he needed. Also, because he was using DaVinci Resolve Studio for editing and color correction, he knew that he would be able to easily rework any clips that were not ideal when shot in ISO 800. 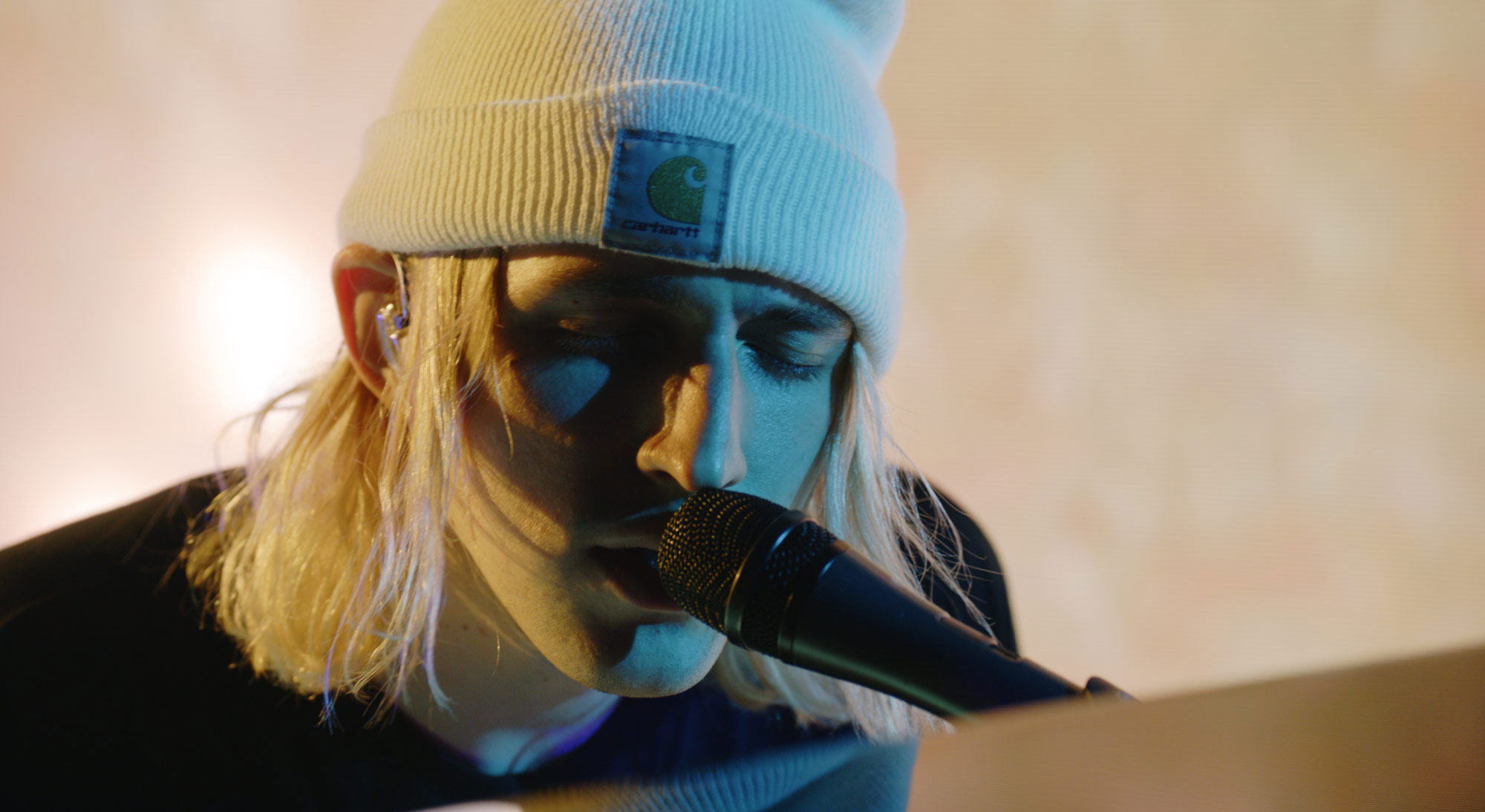 “Both cameras held up extremely well! The latitude and richness of the colors have always been something I loved about Blackmagic cameras, as well as the brilliance of Gen 5 color and the gamut compression and highlight recovery options,” he said. “Since we couldn’t change the ISO as quickly as the graphics were popping up on screen, the ability to rework the RAW image’s metadata in post was KEY! Certain clips were blown out at 800 but easily recovered in DaVinci Resolve Studio. I love having that flexibility on projects with fast moving dramatic lighting conditions like this one.”

“This was a team effort, but my job was to combine all the layers of sounds and beautiful colors into one dynamic work of art. This visual is just an extension of Porter’s genius. The video wall graphics were designed by Porter himself, Ghostdad, Shin and a select group of talented digital artists. The lighting designer, Ben Coker, did an incredible job bringing dimension to the set. It was amazing to watch the energy flow from the softer intimate songs to grander epic songs! Such a cool experience,” O’Brien finished.