One remote to control them all, that’s what the designers of the podcast studio had in mind: one JVC RM-LP100 remote camera controller is all they need to control the three PTZ cameras acquired. 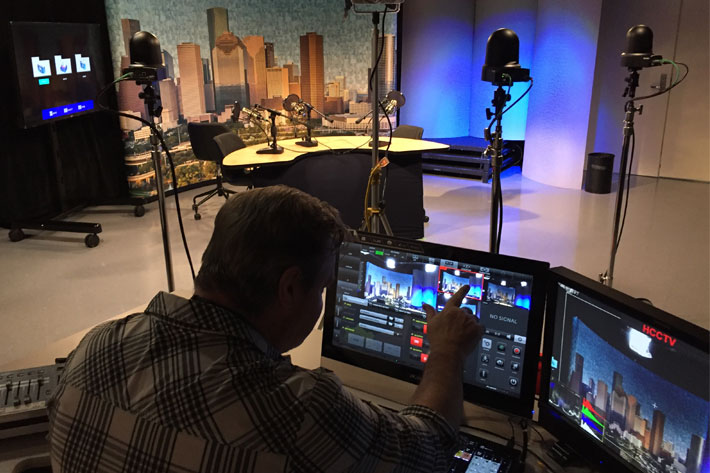 The new podcast studio from the Houston Community College is built around three JVC KY-PZ100 robotic PTZ network video production cameras and the ProHD Studio 4000 live production and streaming studio. It’s not a very usual solution, but it fits live a glove to the needs of the HCC and makes things easier for everyone.

Although HCCTV operates two cable channels and has several studios on campus, the new podcast studio represents a move to more streamlined productions that do not require large crews, something the team responsible for production had as a goal. According to Chris Bourne, HCCTV chief broadcast engineer, most of the programs produced at the college feature talking heads and interviews. As a result, unless there is some sort of physical demonstration on set, such as preparing a meal, many productions can easily be transitioned to a one-person technical crew and host. 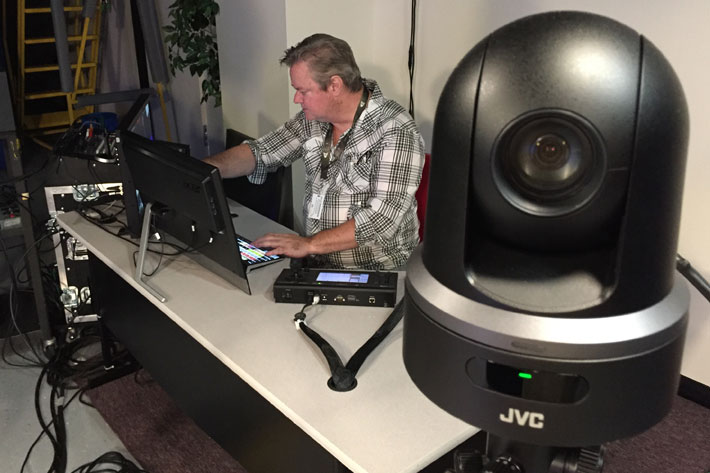 HCCTV records programs directly to the ProHD Studio 4000, and feeds audio from its Allen & Heath mixer to the system via USB. HCC plans to use the system’s built-in streaming in the future. Bourne is also pleased with the PTZ cameras, which are mounted on C-stands with Matthews gimbal heads.

All three cameras are controlled with one JVC RM-LP100 remote camera controller and virtual CCU. Its joystick and zoom rocker provide smooth and precise camera movements, while its seven-inch touchscreen panel provides control of camera groups, presets, and camera settings. Bourne noted the RM-LP100 has been an important tool for the studio’s main director, who relies heavily on camera presets while switching to create visually interesting programming.

The podcast studio has been used almost every day since its first show was produced in mid-August. Housed in HCC’s administration building in downtown Houston, the facility hosts a variety of productions, including student productions, a series focused on veterans, and interviews that will be included in a larger project to promote HCC’s upcoming 50th anniversary.

The podcast studio works particularly well with shows like Story Behind the Story, which features interviews with people involved in local events. The studio is far less intimidating than a traditional studio filled with a full crew and large cameras. As a result, guests tend to be more candid. 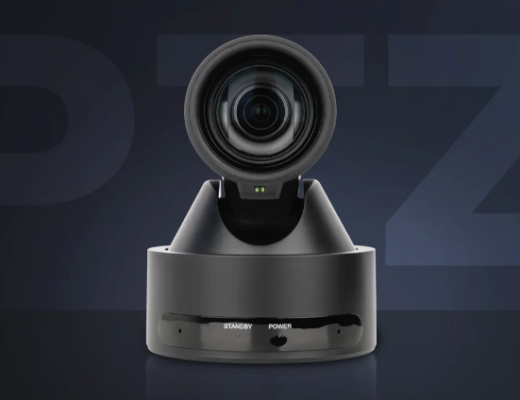 Back in August, YoloLiv introduced its Instream, a multicam switcher-titler-streamer made specifically for vertical video at 9:16. Now, YoloLiv...