I am going to tell you all the truth, I am a big fan of Mumford & Sons. So I think it is kind of cool for a blending of my musical tastes and camera news. Recently Steve Price, award-winning live director, used the Blackmagic Pocket Cinema Camera 6K to create a cinematic, slow motion backdrop for Mumford & Sons’ recent appearance at the iHeart Radio music festival in Las Vegas.  I am also a fan of drool worth slow-motion footage. Mix in music and I think it is a recipe fo success. 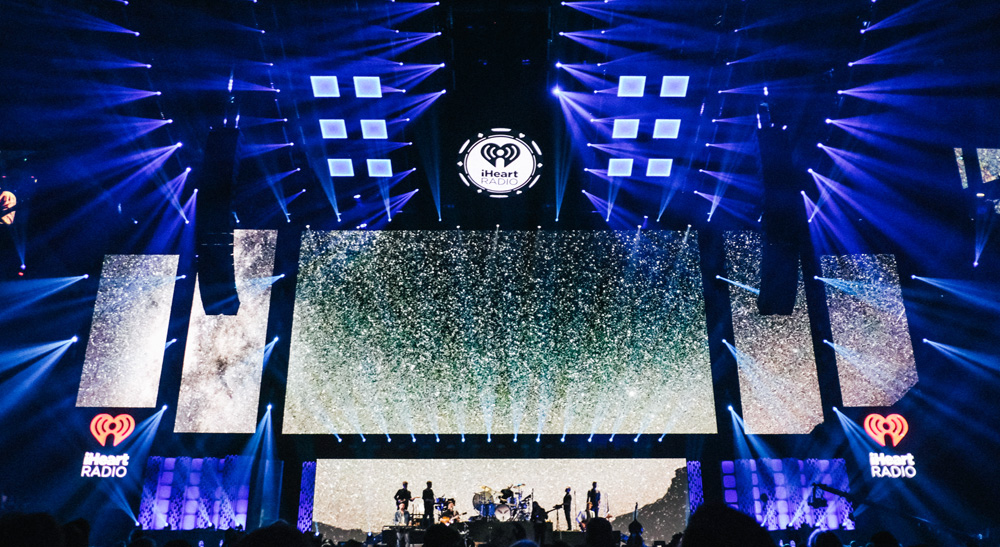 If you have been to a music performance or big show anytime within the last few years you likely have seen the LED screens become essential to the audience’s experience. At times wild visuals or musical performance supporting abstract images blend with the music to deliver an awe-inspiring experience. While most artists prefer the focus to be on the music, some artists do like some clever staging and lighting to help lead the atmosphere.

With two weeks to go till the band was due to headline the festival, where the stage was almost entirely built from LEDs, a new approach was critical. “Other acts on the bill included Miley Cyrus, Alicia Keys, Def Leppard and Chance the Rapper, so it was important to stand out visually and create a unique identity for the set given the diverse lineup,” begins Steve. 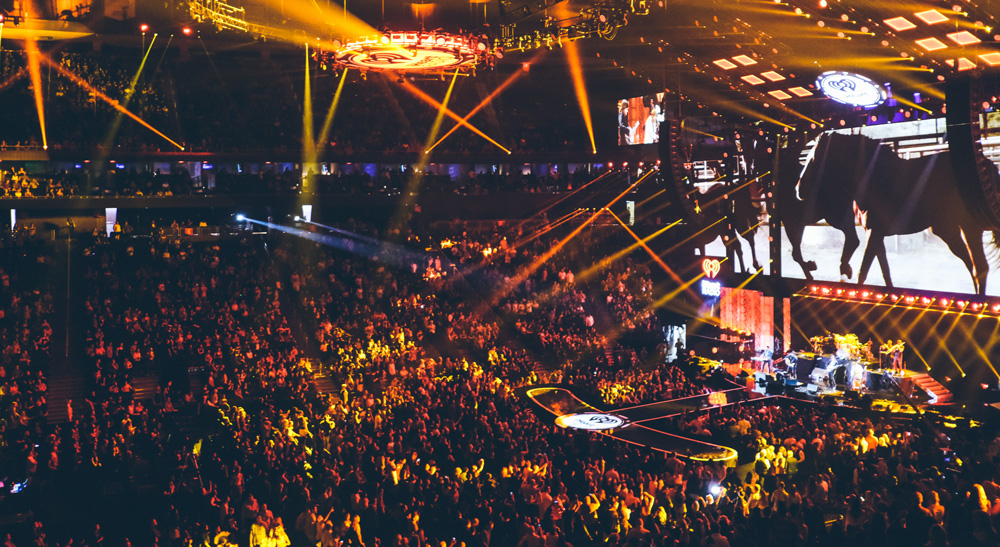 “We decided to keep things simple with a classically beautiful ‘analog’ aesthetic, with some slow-motion, based around nature and people,” he reveals. “Time was tight as we were also in the midst of a US tour, and I needed to get back to the UK to pick up the kit.

“I needed a camera that was capable of 120fps, that also wasn’t too bulky for a one-man shoot. That brought me to the Blackmagic Pocket Cinema Camera 6K which allowed me to travel as light as possible, while still being able to produce the stunning image that I like in Blackmagic’s larger cameras.”

Instead of staying on the tour bus, Steve drove into the Arizona desert. “I had a handful of lenses with me, and I picked up a tripod in Tucson, but I didn’t need anything else,” he says. “I was able to just get out there and shoot; it’s an area I know well and after making a few calls all the locations were sorted.” 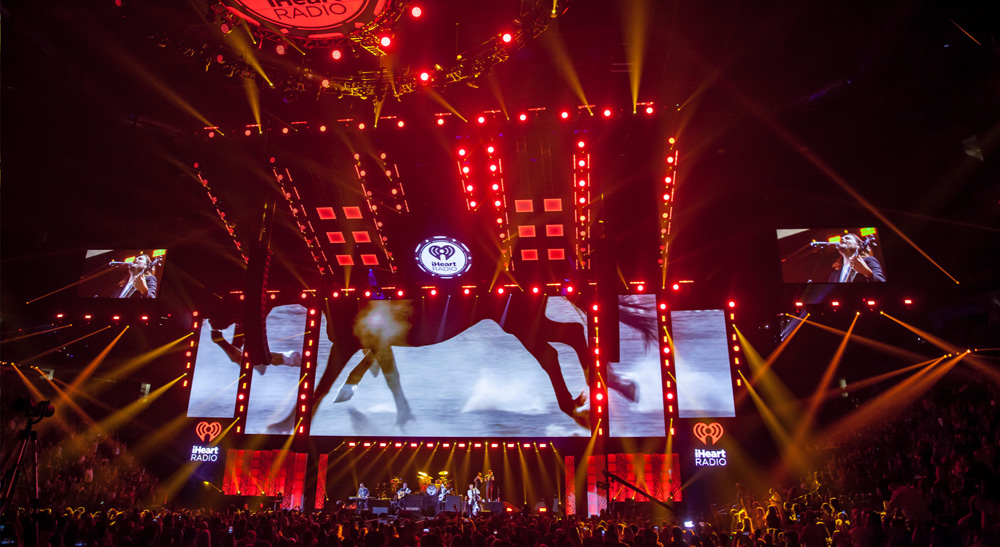 Having already got footage of the band and crowds at previous shows, Steve focused on capturing dramatic desert landscapes and charging horses. “I filmed the horses in 120fps using ProRes HQ in film mode, and it looked incredible on screen. The band saw it at soundcheck for the first time and really loved it.”

He concludes: “I’ve been working in film for a really long time. Back in the day, things were slow, time-consuming, post heavy and expensive, and you always wished for things to get a bit quicker, a bit easier, a bit more efficient.”

“Some manufacturers did get closer to that over the years, but I feel Blackmagic has finally got there. Not so long ago this kind of shoot would have been impossible at short notice, but now I’m at a point where I can confidently just go out and shoot anything, knowing the footage will not only be beautiful but easy to work with.” 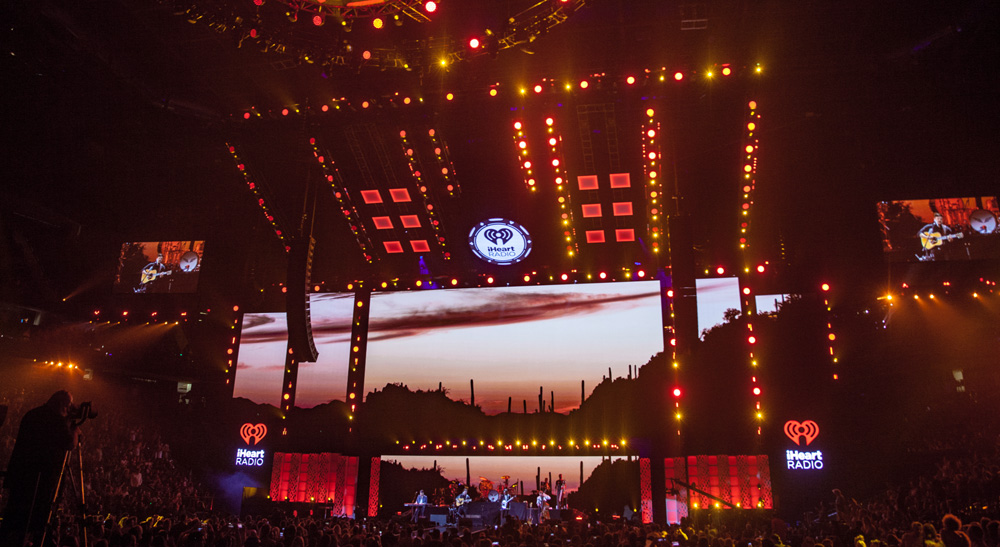 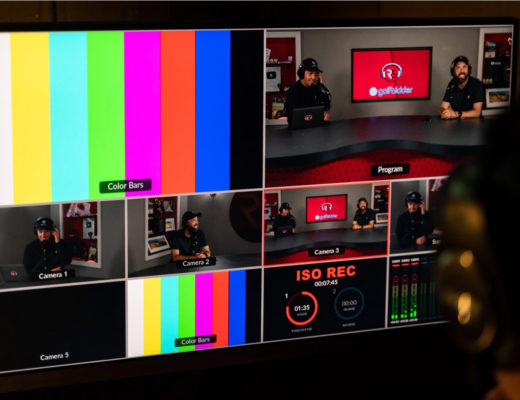