At first glance, it’s a reworked F5/F55: the body is much the same size and shape, but with many refinements. The camera body has dual SxS slots at the rear, with a dockable raw recorder form-fitted to the back of the camera.

In this case, a MOVCAM Expansion Unit is docked to the raw recorder; MOVCAM rigging was fitted top and bottom, too.

Most noticeably, the Six-Button Side Panel interface has been moved from the operator’s side to the assistant’s side of the camera. In its place the Venice has a no-nonsense, just-the-basics control panel for items of keenest interest to the operator.

Venice has a gorgeous 1920×1080 EVF with well-placed, finger-findable controls. There’s a C button as well, on the right rear panel beside the eyepiece.

Yes, this camera was running 4K 4:3 2.0x anamorphic, using a Cooke 32mm lens. All the necessary metadata is nicely arrayed ’round the edge of the display, outside of picture.

The assistant’s side sports the full six-button side panel, with selection wheel at lower right.

It’s worth noting that you can twiddle controls on both side panels simultaneously. For example, the operator can be selecting ISO while the assistant selects LUTs. Both menu systems are snappy and immediately responsive. The cinematographers in attendance were well pleased: Venice won’t slow you down when you need to fix things in a hurry. 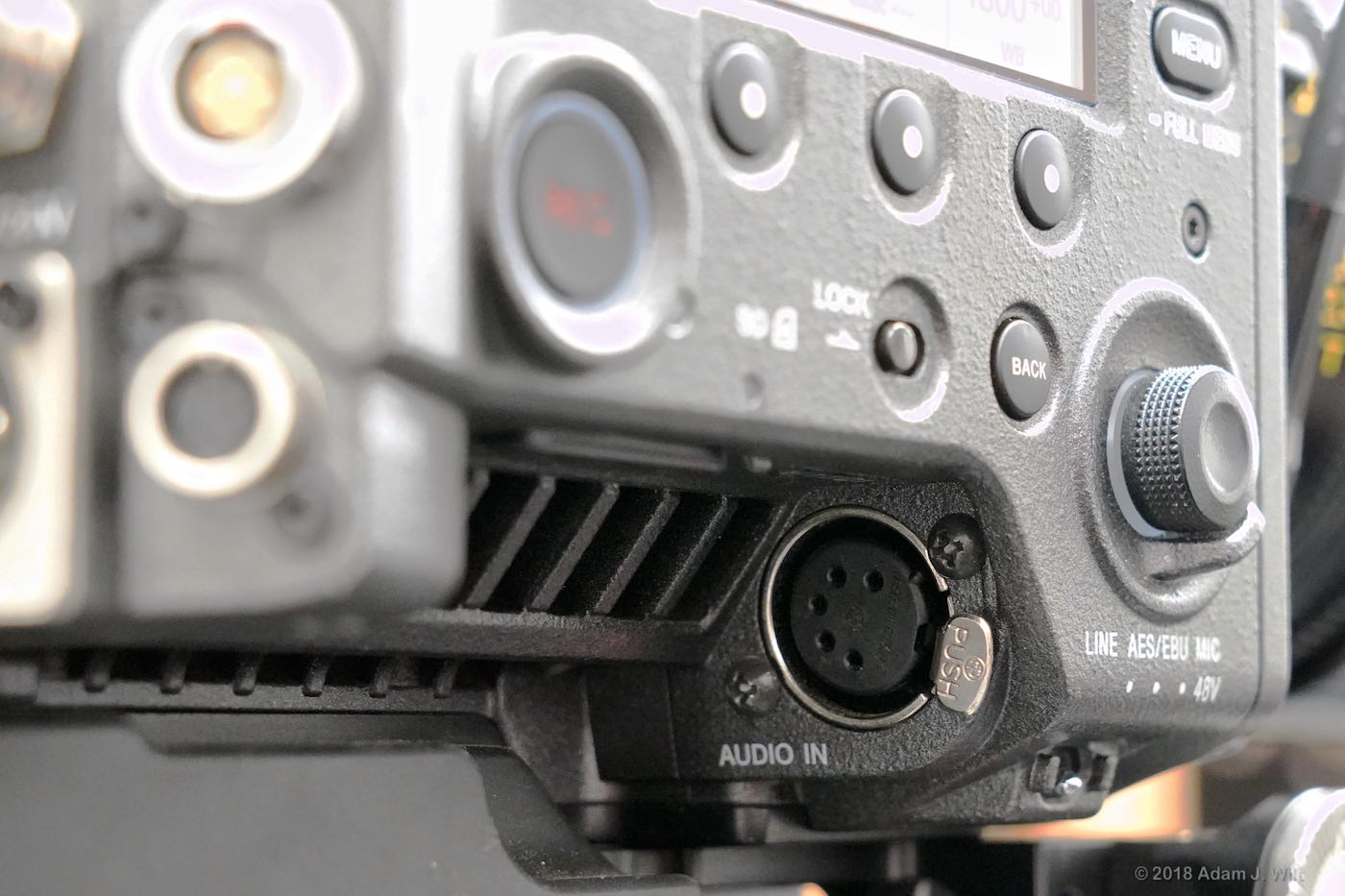 Audio input on lower right side. One gripe I’ve had with the F55 is the bulky, add-on, side-shooting XLR module. None needed with Venice: a 5-pin XLR tucked under the right side lets you feed in mic-level, line-level, or AES/EBU digital audio.

The top plate slides into the Venice’s dovetail slot and replicates that slot for accessory stacking. It has its own power and lens-motor ports, too.

The Venice has been shipping for ten days, and it’s already deployed on four Netflix shows. The most common question I heard following Jeff’s informal preso was, “does Koerner have one?” If I recall correctly, BandPro is already processing their second shipment of the things; they have something like 50 of them due before NAB, and they’re all spoken for. Intro package pricing—again, assuming I heard correctly—is around US$55,000, including the raw recorder, anamorphic license, and full-frame license (I think that includes the EVF, too).

Want more info? Jon Fauer (as always) has a good overview on FDTimes, complete with a 28-page in-depth PDF. And if you want to play with a Venice—or its menu system, at least—there’s an online simulator.

Based on the reactions of those in attendance, I’d say the Venice will be eagerly received. The picture looked pretty darned good and the ergonomics of the camera show that Sony has been paying attention to operators’ suggestions. I look forward to seeing this beastie popping up in rental inventories about as fast as Sony can build ’em.

The usual disclosure: There is no material connection between me and Sony, Koerner, BandPro, and/or MOVCAM, and no one paid me to cover the event. I just like seeing new cameras, that’s all. 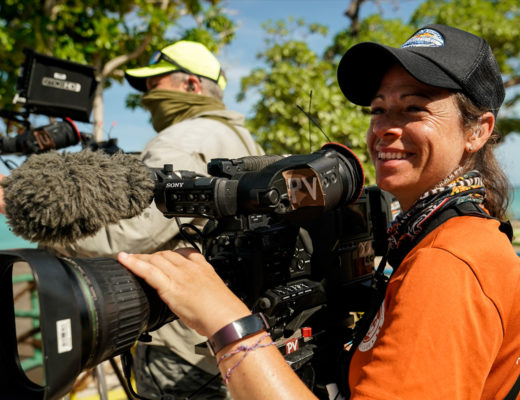