I recently upgraded to Photoshop CS4, also known as Photoshop version 11. This one has a few new features that made me want to upgrade right away instead of waiting to see if there were any issues.

Seems Adobe has gotten good at releasing relatively issue-free versions of Photoshop and others these days. Public betas are getting to be standard, so the bugs and other issues are discovered by the real-world users BEFORE the final release, so there’s less need to wait for a .1 version.

I had some time between jobs when CS4 started shipping, so I took advantage and took it for a spin. I was most excited about a couple of features.

Content-aware Scaling, some may know it as “seam carving”, is a way that an image can be expanded horizontally or vertically, without radically changing areas of detail. It’s really good at letting you stretch or compress the width of an image to fit a layout, while leaving the people and other obvious things unstretched. It leaves wheels on cars round, so you can make a stretch limo with still-round wheels. Or a smart car out of a Hummer if you want. Just by dragging the edges in or out. The fact that it leaves people alone is just incredible. There’s a control to allow you to protect skin tones, so it knows to not touch a person. 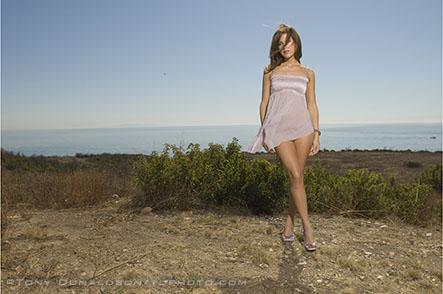 If you needed to make it wider for a layout, without having to shoot side shots to stitch a panorama together, you can just copy the layer, resize the canvas, then stretch the image horizontally using Edit>Content Aware Scale:

Or if you want to include more of that same background in a vertical shot, you can squeeze it the same way: 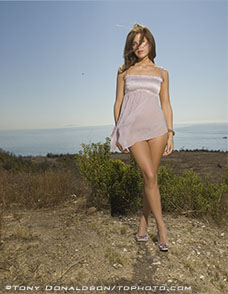 Note that it’s just as easy as grabbing the side and dragging it out, and it literally doesn’t change the model at all. Does like to use a lot of RAM, I’ve had to purge histories a couple of times because 4GB wasn’t enough. You can stretch/squeeze a whole layer (works vertically as well) or do local sections. It’s quite intuitive, except for the shortcut. It’s most of the left of the keyboard, kind of like when you do “stamp visible”. For Content Aware Scaling, it’s Command+Option+Shift+C. Until you get used to it, it’s almost not a shortcut at all.

And do keep in mind that this is perfect for advertising and ok for non-news editorial stuff, but it’s not ethical to use for news editorial as it changes the content of the image.

Another great feature is the new auto-stacking of images. There are several things you can do with this.

One is to make the popular “sequence-on-a-frame”, capturing the scene with the subject moving across it, layered on top. I like shooting them with a tripod, but with the tools in Photoshop, you can even fully automate one that was shot handheld and stitch it together. They can even match if there’s vignetting (e.g. if you used a wide lens with a lot of edge fall-off) or auto-exposure. Just use File>Scripts>Load Files Into Stack to stack the images, then Edit>Auto-Align Layers to make them all align properly and it will automatically mask it together using some amazingly complex masking. Non-destructive, even, allowing you to go back and refine it if needed. So far, with careful control of exposure and getting it set up as carefully as possible when I shoot these, it’s been really easy.

Here’s an example with a 50mph, radio-controlled nitro car backflipping over a pickup truck done for a magazine spread. I loaded 14 separate images into a stack, then choosing Auto-Align Layers, Photoshop did all the rest of the work!

Things have come a long way since I used to do these in-camera, required a dark night and strobes that can keep up!

The other thing you can do with the auto-stacking feature is to increase your depth of field after the fact using several images with the focus shifted slightly between each image. Comes in handy when you don’t have enough light to get a good image otherwise. 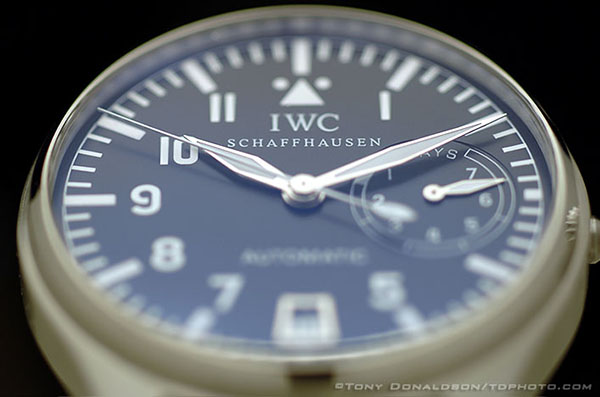 Here’s a macro image, probably the hardest example for this for the extremely shallow depth of field and because at this close, the magnification changes noticeably between focus shifts. In this image, you can see how shallow the focus is at f/2.8. 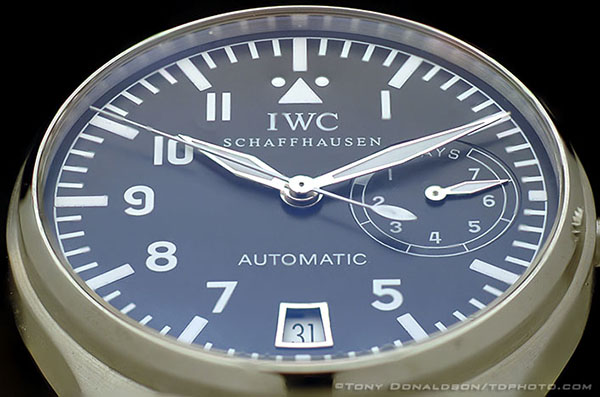 Here is what happens when you combine 10 images, each focused at a different place on the watch. It combines them amazingly well, with only a few anomolies like the end of the second hand and the top of the logo. Pretty easy to clean up.

These tools don’t fix everything, but they’re certainly a compelling reason to upgrade to CS4. I’m not even touching on the great new features and algorithms in things like Camera Raw, at least not for now. Let’s just say that so far I LOVE the new version.

Able to capture 8K videos at 30 frames-per-second or 4K video at 120fps for slow-motion, the new Samsung ISOCELL...