Photokina is repositioning itself for the future, and 2018 starts a new cadence: the event will take place annually. Organizers want to regain the importance of the Photokinas from last century. 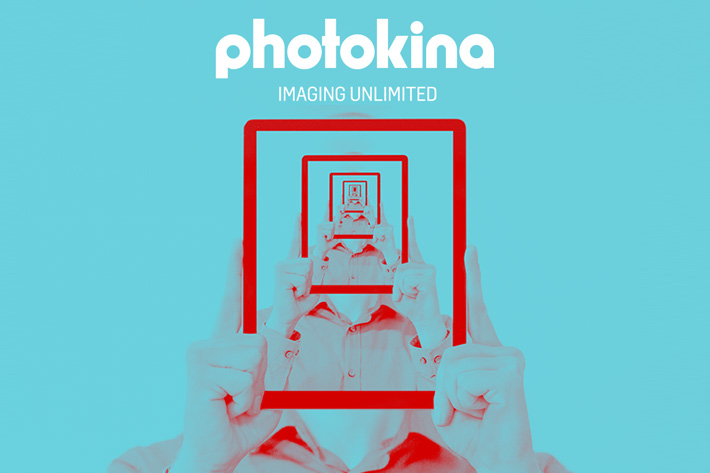 Photokina will be shorter in 2018, will move to May in 2019 and happen each year. Those are the news shared by the organizers, faced with a shrinking number of exhibitors and smaller stands.

According to Koelnmesse GmbH, organizers of the Cologne event,  Photokina is repositioning itself for the future, with a new cycle, new series of days, new date, new themes. In addition to innovations from the core areas of the imaging workflow, the entire range of products, applications and services of relevance for imaging shall in future be presented in Cologne. As of 2019, photokina will take place annually in May. Only the trade fair duration is changing in 2018: it takes place from 26-29  September 2018.

Organizers expect this change to better reflect the fast-paced nature and the ever briefer innovation cycles of an increasingly digitalised industry. With these changes, the transformation process begun in 2016 shall be consistently continued: under the umbrella of “Imaging Unlimited”, Photokina last year inspired both exhibitors and visitors and accessed new target groups for the industry.

A new Project Manager for Photokina was named in April this year. Since the first day of May 2017, Christoph Menke, 32 years old, is the person responsible for Photokina, Cologne’s world-leading trade fair for photography and video. Menke has worked for Koelnmesse since 2012. Among his specific achievements at the Corporate Development Unit is his support for the strategic development of the event portfolios in the Trade Fair Management segments “House, Garden and Leisure” and “Digital Media, Entertainment and Mobility.” He also participated in the coordination and implementation of various new business projects.

“In recent years, Christoph Menke has proved his expertise in creating concepts for trade fair events at Koelnmesse’s Corporate Development. He played a key role in creating the new face of photokina. Thanks to his strong conceptualizing ability and his sensitivity to innovative, technology-oriented trade fair trends, he brings with him exactly the skills that are needed to successfully move photokina forward in the future,” said Katharina C. Hamma, Chief Operations Officer at Koelnmesse.

“The digital transformation of the imaging industry is advancing, and thus opening up new perspectives and value creation potential. The new date and the annual cycle should in future make Photokina even more attractive to all providers of the imaging ecosystem. In this way, we show the specialised trade, the media and our users an even broader bandwidth of state-of-the-art products, applications and services in Cologne which especially suits the young imaging culture,” Rainer Führes, chairman of the board of the photography industry association (PIV) is pleased to state.

The imaging ecosystem today also includes, in addition to the core areas from the imaging workflow, trend areas like virtual and augmented reality, cloud computing, as well as image recognition and holography. The growing flood of images and videos must be processed and administered, so that archiving and content management, social media and communities are coming increasingly into focus. Apps and software solutions have become indispensable both for professional use and for the end consumer. Smart home applications and computer-generated imaging are once again increasing in importance. photokina should in future serve as an important international innovation platform.

Katharina C. Hamma, Chief Operating Officer of Koelnmesse GmbH, has a positive perspective on the future of the trade fair: “photokina 2016 has shown us that this traditional brand in our portfolio has lost nothing of its attraction worldwide and in the region. The new concept has been a complete success. photokina has continued to develop further over time, as have the products, services and the market environment presented there. Now we are taking the next logical step by offering a digitally powered product environment an attractive annual platform for presenting the latest innovations and for entering into discussion with traders, specialist users and end customers.”

The truth is that visitors of the last two editions of the show have felt the changes, with fewer exhibitors, smaller booths, less exhibition area. Photokina is shrinking and, for quite a long time, the organizers knew something had to be done. Those who visited the fair the two last decades from last century remember well how important and busy it was. It was THE PLACE to go to find the news about the photo industry. It was the place to meet people, to discover the new advancements. As an example, it was in Cologne I met one of the writers I appreciated, Herbert Keppler, editor and publisher of the two largest circulation photography magazines in the world, first Modern Photography, and then Popular Photography. Keppler, who died in 2008, is one of the most respected and influential figures in the history of the camera industry.

Early this century I made my last trip to Cologne. When photography was a craft not directly associated with computers, Photokina was an all important venue, but with the changes in the industry,  the introduction of video in photo cameras, other events started to appear as an option, all around the world. Another aspect too, in my opinion, contributed to the changes: before the Internet days, you would go to Photokina to collect info to publish the next month, in  printed form. It was the only way to read about the new products. With the Internet, printed magazines are always a step or two behind, and you don’t even need to go to a fair to have access to the information you need. That explain, to a certain extent, why magazines like Popular Photography ceased publication last April, nine years after Keppler died.

Photokina urgently needs to change, and that’s what the team at Koelnmesse is working on. The change to a new month, which will happen in 2019, puts the event closer to NAB, which usually happens in April each year, and after CES, which runs in January each year. While 2018 will be a transition year, with the event still in September, it will be interesting to see how Photokina fares when it launches in May 2019, just a few months after its last edition.