In the past decade, Peter Mavromates has worked on more than a dozen feature films, as well as a few TV series, generally serving as post-production supervisor. One thing that many of his projects have in common is the director: David Fincher. Mavromates knows that working with Fincher means…

In the past decade, Peter Mavromates has worked on more than a dozen feature films, as well as a few TV series, generally serving as post-production supervisor. One thing that many of his projects have in common is the director: David Fincher. Mavromates knows that working with Fincher means the standards will be high, but he likes it that way. For Gone Girl, the main challenge was implementing a completely new post-production pipeline that included fast machines and Adobe Creative Cloud video applications. 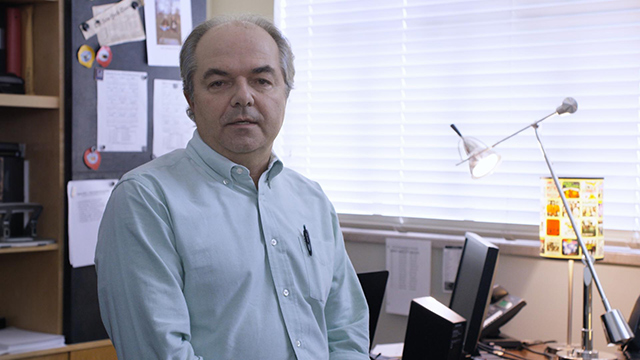 Adobe: What pointed you in this career direction?
Mavromates: I can’t name a specific film where it started, but I do remember one thing that really struck me when I was watching movies – I really believed as a child that Hollywood had time machines, and I wanted to go travel in those time machines.

Adobe: How did you start working with David Fincher?
Mavromates: I met David at Propaganda Films. David founded Propaganda Films, and I was attracted to the company not because I knew who David was, but because they had this amazing logo! I thought that anyone who had a logo like that had some serious chops, and I was right. I worked there for about 18 months doing post-production on special projects, two of which were David’s. One was a commercial and the other was a Michael Jackson music video for the Dangerous album.

After a while, I went off and worked on SeaQuest for a few years. When David’s movie The Game came up they phoned me and that’s when we really started to develop a relationship. I like to be around people that I’m going to learn from and David, more than anybody else I’ve worked with, fits that category. It’s been an exciting journey as we’ve made the transition from acetate, film, and mag to an all-digital workflow. After being somewhat stable for more than 80 years we’ve seen the filmmaking process completely transformed during the time we’ve worked together. 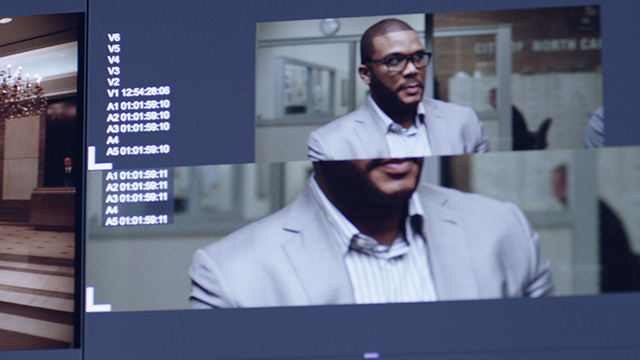 Adobe: What kind of director is David Fincher?
Mavromates: First and foremost he’s a leader. He knows what he wants, and then he manages to surround himself with people who help execute that vision and hopefully one-up him in many ways. He has pretty high standards, and in a way I think all of us around him want to impress him with something every now and then. It’s this positive cycle that he creates.

David’s background has him covering a lot of disciplines, everything from production design, camera, post-production, even down to the makeup and other small details, and a lot of other filmmakers may not have that level of knowledge. He’s a trap for knowledge. Once it gets in between those ears it’s there forever and it’s used daily.

Adobe: What do you do in your role of post-production supervisor?
Mavromates: A post-production supervisor manages the process from acquisition of media to the actual release. Once the image has hit the sensor it becomes my responsibility to manage how that image gets to the other end of the process and gets out to theatres. On David’s movies I start early in pre-production and work with Cean Chaffin, his producer, to map out our pipeline and goals. With David, of course, our process is always advancing, so every project has a new curveball.

I also help manage the visual effects in David’s movies, which range from small retouches all the way up to big sequences. We look at David as our visual effects supervisor, and I help manage where shots are done, how they’re executed, and what elements we need. 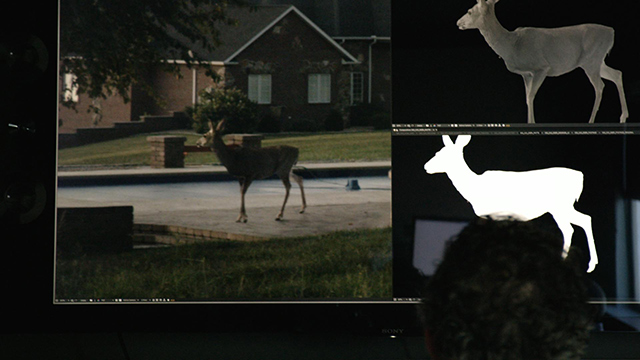 Adobe: How many people worked on editing and visual effects for a Fincher film?
Mavromates: For visual effects David has always wanted to move more and more of the work in house. He likes to have things at his fingertips. We break down the work into tent-pole effects, and those will go out to companies. For the middle-level effects we use what I call “garage band companies.” For the stuff we can handle in-house, there’s no limit to the number of revisions that David can do as long as we get them all done by the end of the post-production period.

Adobe: How does technology help you push the envelope?
Mavromates: In working with David everyone knows that the standards are going to be high, so we surround ourselves with people who have equally high standards and are interested and eager to meet them. With After Effects, I can bring somebody in, put them on a station, and have them help improve shots for David. The other way that I can improve on that is to give them a powerful system so they can turn over six or eight shots a day in 6K. The high-performance HP Z820 workstations let us render 6K in house.

Adobe: How was this workflow truly different than what you used on previous films?
Mavromates: One of the key differences in the way that we did Gone Girl using After Effects and Premiere Pro is that people were connected on one system. Film post production over the years has been very compartmentalized, and one of the things that is happening now is it’s starting to become one organic beast so the left hand can talk to the right hand and reduce the number of times that we have to output from one system and input into another system. That’s one of the key things that we were looking for on this particular project.

In my fantasy world we would shoot media, post it somewhere one time, everybody would pick from and work on that particular media, and I would never have to export or load again. I like to say that the two four-letter words in my life are “load” and “render.” I’m working toward a world where we just load once and that’s it and then output at the back end. This workflow is a very big step in that direction. 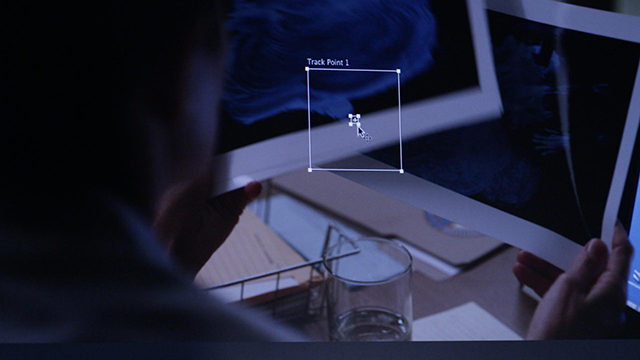 Adobe: What is the benefit of shooting in 6K?
Mavromates: Shooting in 6K gives us real estate around the frame to work on the shots. The essential area on our movie was 5K, so we have that 1K area around all sides to be able to move and manipulate the image. We’ve used that process on House of Cards and also on The Social Network and The Girl with the Dragon Tattoo.

Adobe: How was Adobe a major part of this workflow?
Mavromates: Adobe was a large part of the Gone Girl workflow because we’ve used some Adobe products, specifically After Effects, for quite a few years. Our mission on this particular job was to carve-out the future of how we’re going to edit movies. We saw an opportunity to integrate After Effects into our edit system and by using After Effects and Premiere Pro people were connected on one system that we felt we had a future with.

We like to use systems that give us flexibility on our end. One of the great things about using Adobe is that we have a lot of choices in terms of storage and being able to plug-in different levels of processing and plug-ins. It’s a world where we can build our own model.