Does large format really create a greater sense of depth and dimensionality in a flat image? Read on to find out…

If you haven’t yet read part 1 of this series, you can find it here. 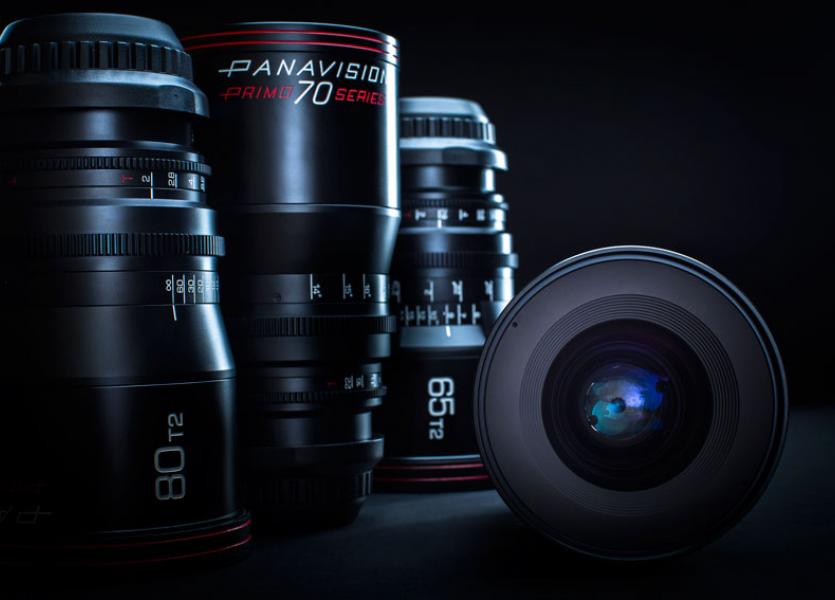 UPDATE: I’ve removed the example images from this story as they have been described as far from perfect. I’m told that Panavision is working on new images. Instead, I’m just going to relate what I’ve experienced in the realm of large format photography, and I’ll reference a few historical and recent large format screen captures to make my point.

There’s a sense among some medium and large format still photographers that these formats create a greater sense of Z-depth and 3D space than do smaller formats. This is far from being a settled matter, though. I’ve found a couple of very good blog posts (here and here) that describe this ethereal feel, and a discussion thread (here) where other still photographers nearly come to blows over whether it exists or not.

I think it exists. I’ve seen several movies projected in 70mm: Lawrence of Arabia, Spartacus, Dr. Zhivago, and most recently Dunkirk. Even on video they retain a certain sense of volume within the frame that I’ve only seen in large format photography. I recognized it to some extent when I took up medium format still photography many years ago with an old Yashica twin-lens reflex camera, and later with a Mamiya 645e. There was something different about how these cameras reproduced the distances between objects that I couldn’t quite describe, and wide angle images seemed flatter with a more natural perspective.

Some of this was due to reduced depth of field, but not all. I quickly learned not to shoot any wider than f/5.6 as I couldn’t focus through the viewfinder accurately enough to ensure sharp focus.

Lawrence of Arabia is my go-to film for these examples. This frame, in particular, takes advantage of everything large format has to offer: high resolution, and a sense of depth that I’ve not seen captured in a smaller film format. It’s possible that most of what I’m seeing here is due to resolution and composition, but it also has that sense of volume that I felt when shooting medium format images.

I’ve pulled some additional frames from a clip I found on Youtube that, I hope, illustrates this point further. Each frame contains something that I feel is unique to large format cinematography:

Panavision recently produced a short film to showcase the large format look. I’ve embedded the video at the bottom of the page, but I’ve pulled some stills that I think capture the large format feel that I noted above:

It seems that some people can feel this large format vibe and some can’t. I can’t explain why I do. That drives me nuts, as I’m driven to understand why these things work so I can replicate them at will. In this case, it seems that all I can do right now is understand that I can only get this look predictably on a large sensor camera and leave it at that.

I did manage to achieve this quality not long ago on a commercial shoot, where I shot a tight closeup of a woman, looking directly into the lens, on a 100mm Ultra Prime, at T2, in 6K on a RED. My camera assistant called me over to the monitor and said, “It looks like her face is coming out of the screen!” It sure did. The effect was not nearly as dramatic as what I see above, but it was startling as I hadn’t seen it at all in video before. As best I can tell, it was a combination of reduced depth of field and a larger sensor size, as I couldn’t capture the same feel in windowed 4K.

I found the following quote relating to large format cinematography in an article on the American Society of Cinematographers website:

“You get these incredibly big shots, but you don’t feel that they’re wide angle… You feel like you’re right there, in the moment. And that’s a really unique experience. It has to do with how the image size and the magnification work together.” -John Schwartzman, ASC

It’s good reading, so be sure to take a look when you’re done here.

35MM ANAMORPHIC VS. 70mm SPHERICAL: CLOSE, BUT NOT QUITE

The angle of view captured by a spherical lens on 65mm film is nearly the same height as that captured by an anamorphic lens on 35mm film. This is because each lens has roughly the same magnification, at least in the vertical axis.

A spherical lens simply projects an image onto the film or sensor. An anamorphic lens squeezes the image first, projecting an image that’s taller than the standard 35mm frame while also compressing it horizontally by 2:1. 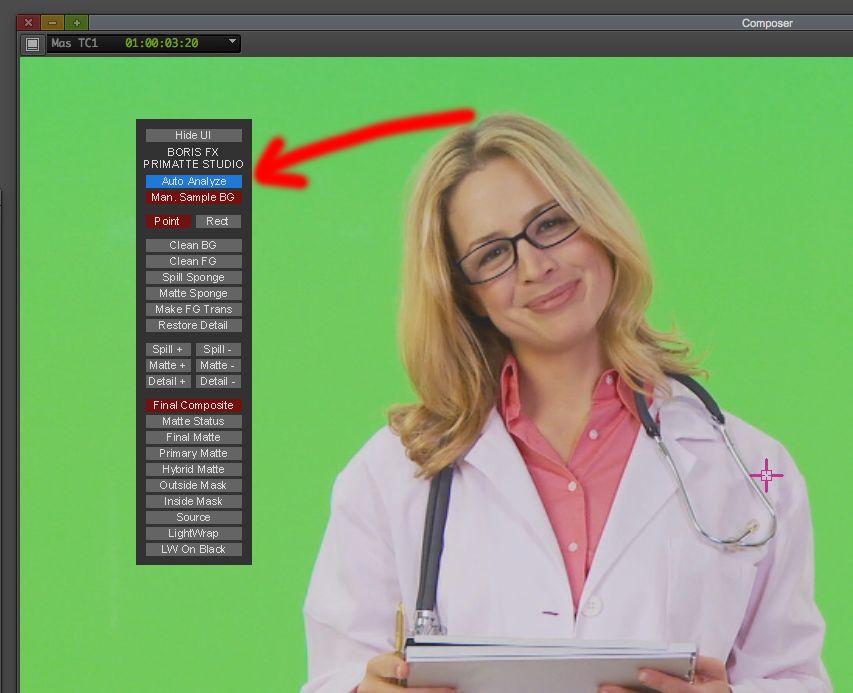 This does not mean that these formats are completely comparable in how they render perspective. Anamorphic lenses are effectively two lenses in one: a longer focal length vertically, and a wider focal length horizontally. A 50mm anamorphic lens, for example, is a 50mm  lens in the vertical axis and a 25mm lens in the horizontal axis, while a spherical lens is 50mm in both axes.

While many of us enjoy the anamorphic look, it’s nice to have the option of the spherical look, with less distortion and higher resolution but the same depth of field.

SUMMARY: PUTTING IT ALL TOGETHER

During an email exchange with Michael Cioni, Senior Vice President of Innovation for both Panavision and Light Iron, he made a series of comments that I felt summed all this up perfectly. I repeat them here with his permission:

If we simplify the question about sensor resolution, we are always met with an interesting fork in the road.  In order for digital sensors to achieve a large format aperture, there are essentially two main options:

In the first choice, if you were to increase or expand the size of each pixel and spread them out, you would notice an increase in contrast as well as introduce additional artifacts that make the image appear to have a “duotone” effect due to macro blocking that would render the images very sharp (this is a common problem with large electronic signage).  However, when you shrink the pixels and plot them on a bigger target as in choice two, something interesting happens…

That’s the word our DPs seem to keep circling back to.  Somewhat serendipitously, “smoothness” is also a common word used to describe what the still photography market has experienced as they, too, have transitioned to an increase in resolution coupled with a decrease in pixel size.  Most people (photographers and cinematographers) generally prefer the benefits of large format when shooting images.  The irony is, in order for the large format properties to work, your resolution automatically goes up.

This is a key concept to unpack because the general consensus among artists is to assume that resolution is the goal of making a better sensor when in fact, it’s merely a result.  In order to provide smother images with a noticeable increase in field of view and depth of field control, resolution must go up.  Yet when this happens to the polygons forming pixels on a CMOS imager, the increase in pixels actually lowers contrast and increases transition from one code value to the next. That transition then allows a sensor to better apply its fixed dynamic range values across more area (particularly smaller areas), which effectively increases the dimensionality of an image (what we qualify as smoothness) because a smoother transition gives the illusion of increased depth.

Here’s how these concepts play out in a very basic chain-equation:

The above concept does not mean that lower resolution cameras produce poor images.  That is simply not true, nor do I believe that.  However, the above chain equation explains why higher resolution, when coupled to a larger target, creates smoother results.  And in the pursuit of increased quality and precision, the higher resolution image is going to have more of a positive impact than people may initially suspect.

The most common criticism I hear from skeptics in regard to DXL and RED’s 8K sensor program is that it’s going to make images sharper to the point that you’re going to see inside the pores of a face. But when they come back from a shoot, it is common to hear artists say, “These are some of the best images I’ve ever shot.”  What’s more, the DXL program has an extremely high repeat customer factor to which cinematographers are returning for their 4th or 5th shoots on this sensor.  When they ask us what is going on that makes this 8K image look so good, I ask them if they have a still camera.  Many DPs now carry the Fuji GFS or SONY Alpha series cameras, with the a7R I and a7R II being among the most popular.  When they make the connection between what their still cameras can do, with their high megapixel count, and DXL’s large 8K sensor, they begin to consider that resolution may not be their enemy.  In fact, many describe DXL as the first cinema camera that takes images that look like some of the best still cameras on the market… only now they can move.

It has been said by many, “We don’t want more pixels, we want better pixels.”  This language confuses me.  So I challenge supporters of this concept to define “better pixel.”  A conclusion we come to is that a better pixel has higher precision with better, brighter, more colorful, controllable output.  What we have learned with RED over the past few years is that a better output requires a better input.  So in the interest of achieving a better pixel, the system that can capture a superior input (resolution included) will always produce a superior output.

Add to that the optical component, where large format lenses normalize wide angle perspective so the audience senses greater depth but without feeling 35mm wide angle distortion, and you’ve got a recipe for greatly enhanced dimensionality that one can feel on nearly any size of screen.

I’m going to leave you now with two videos that are the best examples of the 70mm look that I could find online. One is a collection of clips from the film Lawrence of Arabia, a personal favorite of mine, shot beautifully on 65mm film using the Panavision Super 70 system. The second is a project produced recently by Panavision. While these films initially look different, there are commonalities: they are soft yet full of detail; they are rich in subtle color and tonal variations; and they both have that epic wide-angle-without-distortion look that I relate to large format films from the mid-20th century, when motion pictures weren’t simply entertainment, but were also spectacles.