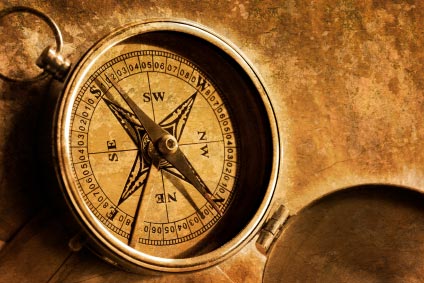 We’re giving at total of eight talks at NAB’s PostProduction World this year (click here for the full grid of classes), so that is going to occupy a good deal of our time. In between talks, we’ll be spending most of our time in the South Hall on the lookout for the latest advancements in motion graphics. Fortunately, most of the companies we plan to see are clustered close together (click here for a full list of exhibitors). Below are a few on our hit list:

Adobe has announced that their launching Creative Suite 5 on the first day of NAB. As After Effects is our main application, we’ll be making a beeline to the Adobe booth to check out the new release, and hear what others users are saying. (Although no details have been released yet, a few weeks ago we did share what has already been made public, if you knew were to dig. Full disclosure: Adobe is one of our clients, and were invited – along with many others – to their “influencers” summit back in January.)

A lot of innovation in After Effects comes from its third-party vendors, so our next stop after the “mother ship” will be at a variety of their third parties. Many – including Red Giant Software, Zaxwerks, Digital Anarchy, CoreMelt, Automatic Duck, RE:Vision Effects, and more – will be gathered together in the Plug-in Pavilion, just a stone’s throw from Adobe booth. Also, GenArts (SL260) – creators of their own high-quality plug-ins – recently took over distribution of Particle Illusion plus The Foundry’s Tinderbox series, so it will be interesting to see what they’re up to. And speaking of The Foundry (SL2805), they’ve been making noises that they will be demonstrating two new After Effects plug-ins at NAB.

Last year, Maxon – distributors of the 3D program Cinema 4D – was our favorite booth at NAB, with a constant stream of artists explaining how they pulled off innovative real-world jobs using Cinema (often in conjunction with After Effects). We spent a few hours there last year, and are anxious to see what they have in store this year.

Although we are dedicated After Effects users, it is always good to know what other companies are up to. The Foundry (SL2805) has made great strides with Nuke since they took it over. Of course, we have to stop by Autodesk (SL2020) and check out Smoke for Mac. And if we have time, we’ll also drop by Eyeon (SL2515) to check out the latest version of Digital Fusion.

Although we do less capture and layoff ourselves these days (the main exception being our purchase of a Canon 5D mark 2 – see below), we’re still interested in what the video card manufacturers are up to. Time permitting, this means quick trips by Blackmagic Design (SL6020), AJA Video (SL920), and Matrox (SL3920).

As owners of a 5D mark 2 plus a collection of their lenses, of course we’ll be downloading the new firmware update for the 5D (due to land just before the show), as well as drop by their booth and see what else they might have in store. We’ll also being checking out those who make accessories for the 5D, such as Litepanels (C6025), Zacuto (C5041), Redrock Micro (C10215), and others.

If anyone has other recommendations, let us know – there’s no way for one person to take in the entire show, so we often rely on the buzz from our peers to learn what’s interesting at NAB.