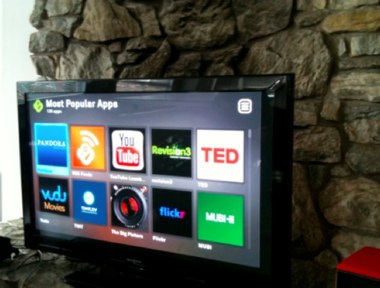 Editor’s note: Online video is going through many changes as people begin to connect their TVs to the Internet and social sharing over Facebook and Twitter influence what people watch as much as search. In this guest post,Jeremy Allaire, founder and CEO of online video platform Brightcove, gives his view of where online video is going next year. Allaire’slast guest post for us was on the standards war in mobile video formats.

Web video is just getting started, and 2011 promises to be yet another year of transformation in the online video landscape. The stage is set for mainstream connected TVs,Over-the-topadoption, and even more videos watched directly streamed from website. Here are the five biggest trends in online video that will play out in significant ways for end-users and publishers alike.

The past year saw the definitive emergence of platform wars in the handheld computing landscape. This year will see those wars expand into new territory, the Connected TV platform market. Input 1 on the TV is the new homepage or start screen. We should expect that the battles will look incredibly similar to the market that emerged for smartphones over the past several years, but with some other entrenched players.Google vs. Apple vs. thedominant TV brands. In fact, these platforms will largely be based on a similar architecture, offering app and content publishers a common model for creating device-oriented applications and Web experiences.