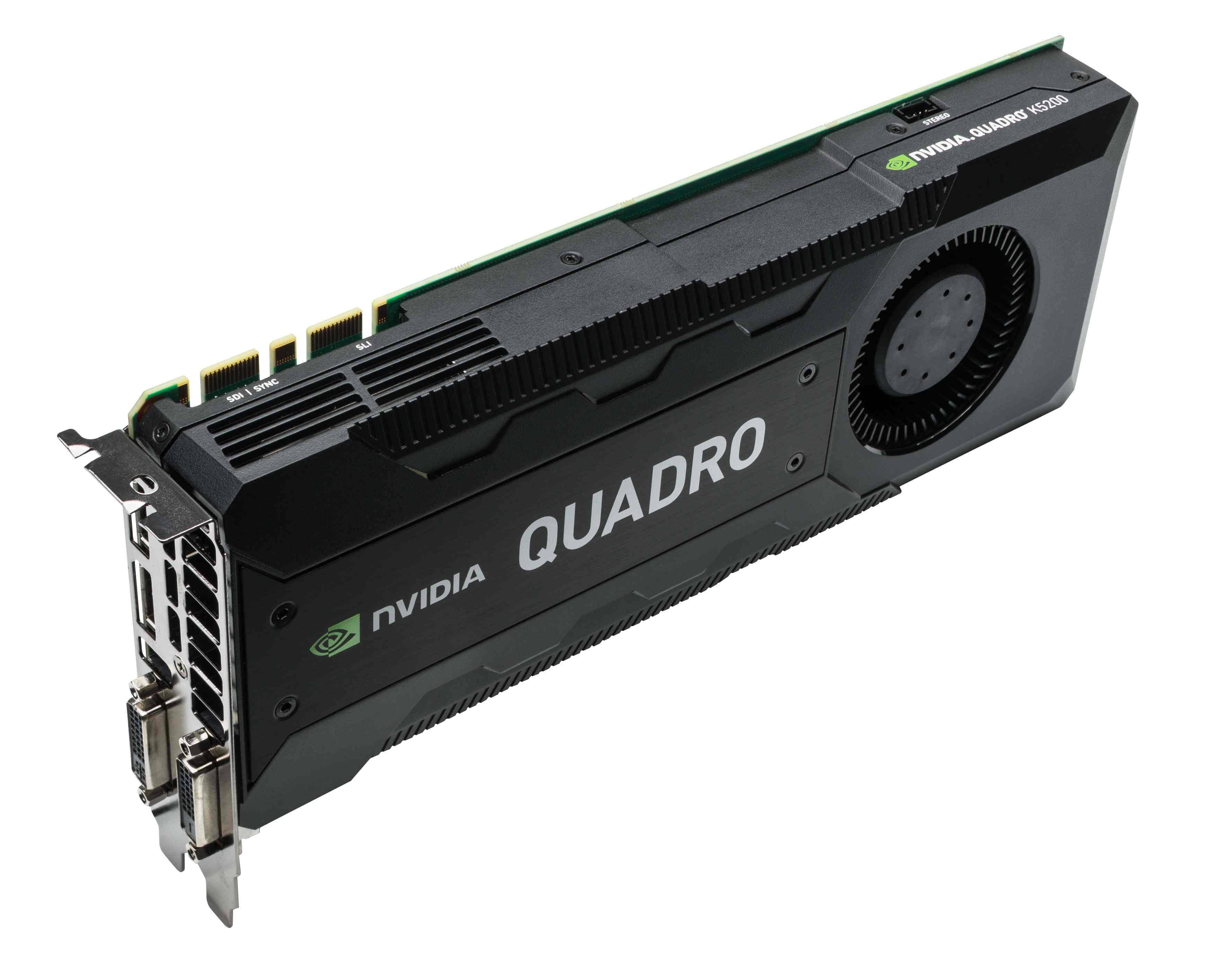 NVIDIA today unveiled its next generation of NVIDIA Quadro GPUs — providing new tools and technologies to meet the visual computing needs of the world's leading designers, artists and scientists.

The new lineup delivers an enterprise-grade visual computing platform with up to twice the application performance and data-handling capability of the previous generation. It reflects NVIDIA's extensive work with leading customers across industries to gain greater insight into their growing requirements to work with more complex models and higher-resolution images; to incorporate cloud-based resources; and to access work remotely, often on mobile devices.

“The next generation of Quadro GPUs not only dramatically increases graphics and compute performance to handle huge data sets. It extends the concept of visual computing from a graphics card in a workstation to a connected environment,” said Jeff Brown, vice president of Professional Visualization at NVIDIA. “The new Quadro lineup lets users interact with their designs or data locally on a workstation, remotely on a mobile device or in tandem with cloud-based services.”

NVIDIA Quadro GPUs are already the overwhelming choice of leading creative and design professionals, who depend on it for their most important work. For the past six years running, every film nominated for the Academy Award® for Best Visual Effects was made with Quadro technology. And Quadro is the choice of essentially every automotive designer worldwide.

“From increased efficiency to new workflow models, the results we’ve achieved with the latest Quadro GPUs are fundamental to our future,” said Steve MacPherson, chief technology officer at Framestore. “The world's leading brands and studios trust Framestore because of our history of creativity and successful delivery, which depends on a technology infrastructure and talent base that has no boundaries in terms of realizing a creative vision. NVIDIA Quadro is an essential component to helping us keep our edge, and gives us the reassurance of knowing the graphics technology our artists rely on has been developed specifically for professional users with the highest standards of reliability and compatibility.”


Positive Early Reaction
“Big data, the cloud and mobile connectivity represent the most important issues that enterprises are facing today. New approaches such as those NVIDIA is taking will be required for businesses to effectively manage these converging trends.”
-Jon Peddie, Jon Peddie Research

“A significant proportion of PSA's design and production engineering workforce operates remotely at any one time. Working with the power of the NVIDIA Quadro K2200, our teams can access the performance and stability they need from anywhere in the world. This will greatly streamline collaborative processes like vehicle assembly reviews, enabling our engineers to take tomorrow’s most innovative new vehicles into production more quickly and efficiently.”
-Alain Gonzalez, expert in graphics technology and 3D imaging, PSA Peugeot Citroën

“The next-gen NVIDIA Quadro GPU allows for fast and efficient editing. It's already been put to the test in the offline edit of Gone Girl — the latest blockbuster feature edited entirely in Adobe Premiere® Pro CC. Adobe video tools and the latest NVIDIA Quadro GPUs give filmmakers the creative power they need to render large amounts of data in the film and post-production industry.”
-Simon Williams, director of strategic alliances, Adobe

“We're always excited to work with NVIDIA to deliver the most cutting-edge solutions to our customers. NVIDIA understands how our users interact, create and collaborate. NVIDIA Quadro graphics and Tesla compute cards combined with ThinkStation P Series workstations empower our customers to push the limits of what is possible. With up to double the speed and memory and seamless connectivity to cloud-based services, the new Quadro lineup delivers the capabilities our users require most.”
-Victor Rios, vice president and general manager, Workstation Business Unit, Lenovo

Quadro GPUs accelerate more than 100 CUDA architecture, DirectX, OpenCL and OpenGL applications. The latest Quadro GPU lineup will ship beginning this fall from NVIDIA workstation OEMs, including HP, Dell, Lenovo and other major workstation providers; from systems integrators, including BOXX Technologies and Supermicro; and from authorized distribution partners, including PNY Technologies in North America and Europe, ELSA and Ryoyo in Japan, and Leadtek in Asia Pacific.

About NVIDIA
Since 1993, NVIDIA (NASDAQ: NVDA) has pioneered the art and science of visual computing. The company's technologies are transforming a world of displays into a world of interactive discovery — for everyone from gamers to scientists, and consumers to enterprise customers. More information at http://nvidianews.nvidia.com and http://blogs.nvidia.com