The launch of the new DSLR from Canon, EOS Rebel T6 confirms that the Dual Pixel AF technology continues to be reserved for the advanced and professional series of cameras from Canon. At least for now. 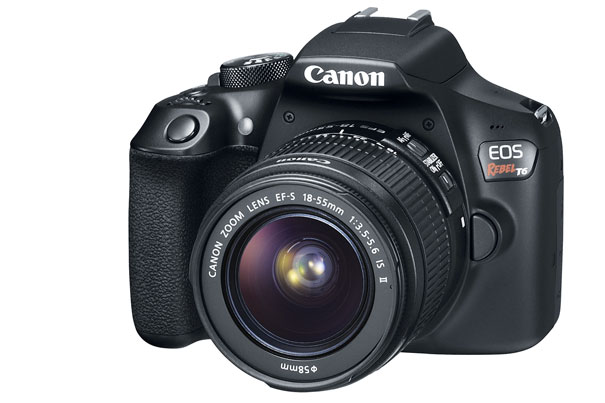 Without Dual Pixel AF but with a new mode, Food Mode, the new Canon EOS Rebel T6 is a Full HD DSLR camera which will be available in the market in April at a price of $549, including the 18-55mm F3.5-5.6 IS II lens.

Announced as a camera that “smartphone users passionate about photography and ready to take that next step to creating their best images and videos ever will appreciate” according to Yuichi Ishizuka, president and COO, Canon U.S.A., the new model has not received the improved Dual Pixel AF announced recently for the EOS 80D, signalling that Canon continues to reserve the technology for their Cinema EOS line, and the EOS-X and EOS-XX series.

The 18.0 Megapixel CMOS (APS-C) image sensor with a Digic 4+ image processor offers, when it comes to video, Full HD with  “the choice of automatic or manual focusing”, says Canon. The camera uses contrast-detection autofocus in Live View mode, with the option to use FlexiZone or face-detection live autofocus, or quickly drop the mirror, to use phase-detection. Not very exciting due to the presence of Dual Pixel AF on other models from Canon, and its association with tactile LCDs. Manual is also a viable choice. Specifications for the T6 are not different from the previous model, T5, meaning you’re limited to 24 or 30 frames at 1080p, with 60p at 720p. Exposure is either manual or fully automatic, and in terms of sound there is a built-in mono microphone. 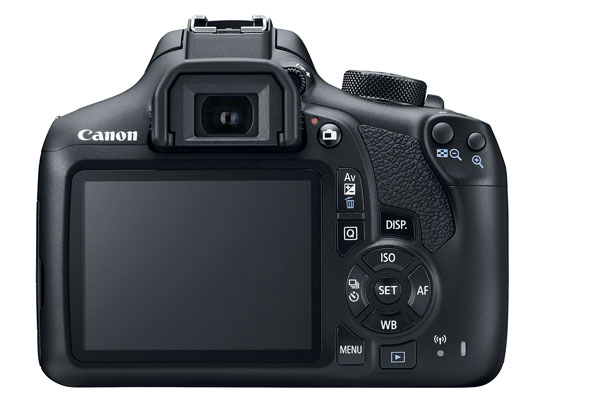 What’s really new in this model is the 3.0 inch LCD monitor, with a resolution of 920,000 dots, bigger than on the T5 (460,000 dots), the ability to share images with videos instantly, thanks to the built-in Wi-Fi and NFC connectivity, the option to control some functions of the camera with a smartphone.

Canon also introduced with the Rebel T6 a new “white priority” Auto White Balance setting, which enables users to create images with a more neutral tone when shooting under incandescent lighting. It’s a way to reply to some criticisms about the way Canon’s sensors react under artificial light.The last new function present is… puzzling: the Food Mode.

In the information available Canon indicates that this Food Mode, present on the mode dial of the camera, is a shortcut for “foodie or bloggers to easily capture stunning images of the food they love. This mode enhances the color and brightness of the food images while at the same time making the images ready to share.” And I thought I had seen everything…