Nitecore, a specialist manufacturer of illumination and electronic tools, also wants to be known for its lenses. Yes, the Nitecore SP lenses for cinema have arrived. 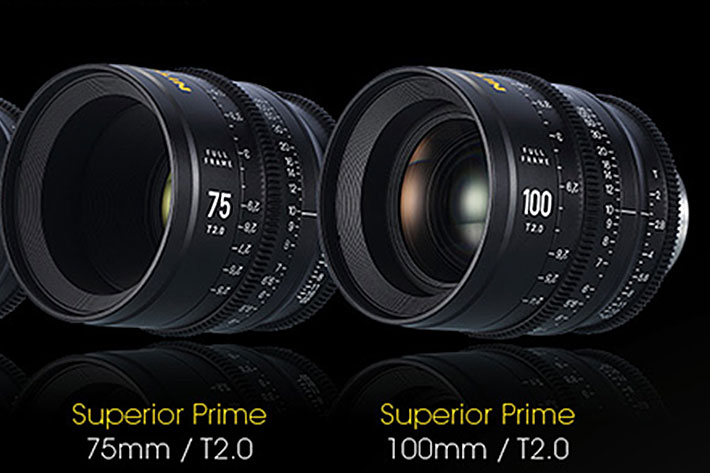 Nitecore flashlights are innovative, robust, super effective and intuitive illumination tools, used by many outdoors enthusiasts, among others. If you’re a photographer using flashlights to “paint” your photos, you probably know the Nitecore name. Now, it’s time to also include the name  in the section for lens manufacturers, as the company announces the release of what it calls “the innovatively designed Superior Prime Full Frame Cinema Lenses”.

Nitecore is another name joining the lists of those companies that offer cinema lenses. No one knows if there is a market for all those lenses, but that does not seem to stop manufacturers from presenting their solutions. Nitecore has five lenses to show, 25mm T/2.1, 35mm T/2.0, 50mm T/2.0, 75mm T/2.0 and 100mm T/2.0, all offering “an optimum optical quality and allow filmmakers to best attain their techniques of artistic expression.”

These full frame cinema lenses presented under the brand name Superior Prime (SP)  create, says the company, “more possibilities for the filmmakers and cover the full frame format which is fully compatible with ARRI Alexa LF, Red Monstro VV, Panavision DXL2, SONY Venice, Canon C700 FF and other film cameras to be released in the future.” 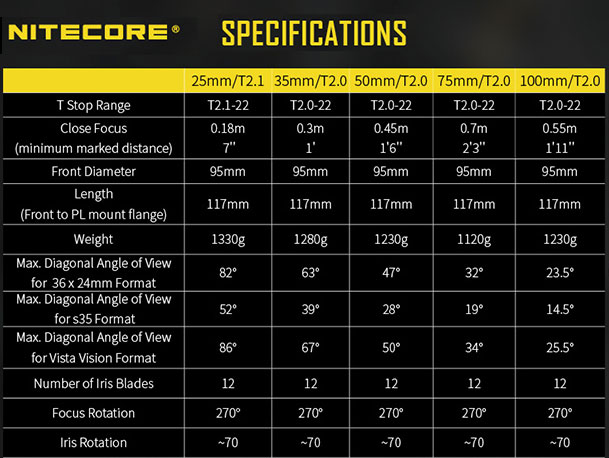 From PL mount to Canon EF or Sony E mounts

Also according to Nitecore, “the apochromatic optical design provides outstanding performance in terms of ratio and axial dispersion. It achieves a natural and pure color rendering capability with the purple/green fringing hardly seen either within focus or in bokeh.”

Designed with a unique optical coating which ideally controls dispersion while retaining plentiful details to create low contrast and a stylized flare, continues Nitecore, the SP 75mm lens is specially optimized on the skin details in a portrait.

The new lenses are offered in PL mount, but Nitecore SP Lenses also have a high flexibility to be equipped with interchangeable PL, Canon EF and Sony E mounts for the needs of different camera users, says the company.