Expect the dialog search tool to return under a different name 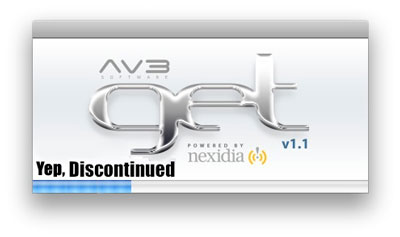 After posting a little news item the other day about the demise of Get for Final Cut Pro I spoke at some length with Drew Lanham of Nexidia and he clarified a few things about the software we called Get as well as what may be in store for the technology that powered Get.

Drew wanted to make it clear that while the product called Get won’t return as Get (apparently AV3 Software owns the Get name) a similar “product will surface in new and interesting ways.” I take that to mean some other type of phonetic search tool, or dialog search tool as it might be better know, using the same Nexidia technology that powered Get (and currently powers Avid PhraseFind) will surface under a different name. While Nexidia is expecting broader language support I’m wondering if this next application might work with more than just Final Cut Pro. I think that could make it an even more useful investment, especially if it could be used as a stand-alone tool.

While I knew that Nexidia technology made Get possible I was unaware that Nexidia itself actually built Get and owns the code. I’m guessing that AV3 Software came on board to market and sell the product. Nexidia does mainly work through partners (at least in our industry) so that would make sense. After speaking with Nexidia I again reached out to AV3 on the situation but was referenced back to their initial comment:

There’s probably legal issues as to why AV3 can’t comment any further. Nexidia did express their apologies over this transition of Get going away. It indeed could have / should have been handled better. If nothing else a landing page on getphonetic.com should have let potential buyers know that Get was no longer available as well as some direction for current owners. There may have been a private email that went out to registered Get users informing them of the situation, I’m not sure.

Best of all I think it’s good to know that Apple (or even Avid for that matter) didn’t buy Nexidia or this technology that powered Get. If Avid had bought it then they might not let anyone else license it. If Apple had bought it the probably would have just killed it (that’s a joke in reference to all the other video properties they’ve bought and killed over the years btw).