From massive duplication, to realistic forms in flight-studios and artists push boundaries, speed up production, and improve productivity in their 3D pipelines 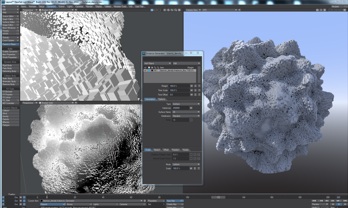 Mikael Burman, technical supervisor at Massive, a Ubisoft Studio based in Sweden, says, “Our cinematics team works in a mixed 3D pipeline most of the time, and the updated I/O tools in LightWave 11 (FBX and MDD/GeoCache), combined with the new Unified sampling; colorspace-aware Adaptive sampling; and updated shaders, such as the reflection blur; allows me and my team to deliver fast, artistic, and adaptable content,” Burman explained. “LightWave 11 continues to improve and make our work more creative and enjoyable.”

Tom Bosschaert, managing director of Except Integrated Sustainability, based in the United States and the Netherlands, says “LightWave 11 adds a set of tools that enables us to push the boundaries of our inventions. Instancing and Bullet Dynamics natively provide possibilities that allow us to massively speed up production,” said Bosschaert. “The productivity enhancements throughout the program, give us tangible daily improvements in speed, workflow, and quality.”

LightWave 11 is designed to support the creative process, providing the artist with the ability to interact in real time with 3D content, to work seamlessly with the full range of software applications in production pipelines, and to render on unlimited render nodes. LightWave 11 incorporates groundbreaking technology, such as the Virtual Preview Renderer (VPR) for onscreen real-time rendering and Anaglyph Stereoscopic Preview for real-time interocular, ‘red-blue’ anaglyphic separations. Some of the many new features in LightWave 11 include :

LightWave 11 is now available for the retail price of US$1,495. Upgrade pricing from earlier versions of LightWave is US$695. Educational pricing is also available. For more information, please visit www.newtek.com.