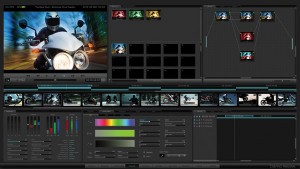 This new DaVinci Resolve for Windows beta will allow customers to use a wide range of hardware for building color correction systems with the advantage of a wider selection of GPU processing options with support for up to 4 GPU’s per system.

When the public beta program is complete, and DaVinci Resolve for Microsoft Windows™ is formally released, it will be accompanied by the Mac OS X version. When a customer purchases DaVinci Resolve, they can choose which operating system they want to use, and then install either one. This allows the flexibility to let customers potentially choose to use a Windows desktop computer in the office with powerful multiple GPU processing, while at any time the customer can unplug the dongle and plug into one of the latest stylish Mac OS X MacBook Pro computers when on set.

Only DaVinci Resolve lets customers move between either operating system at any time without the extra expense of purchasing a second copy of the software.

“This Windows release has happened way sooner than we expected, and the DaVinci engineering team have done an amazing job!” said Grant Petty, CEO, Blackmagic Design. “We think this is very exciting because it makes DaVinci Resolve more flexible for customers, and makes it even easier to integrate Resolve color correction into any facility workflow even when using a wider range of editing and effects software.”

Product photos of the DaVinci Resolve, and all other Blackmagic Design products, are available at www.blackmagic-design.com/press/images.

Burning questions about Cinematic Mode and how you edit it