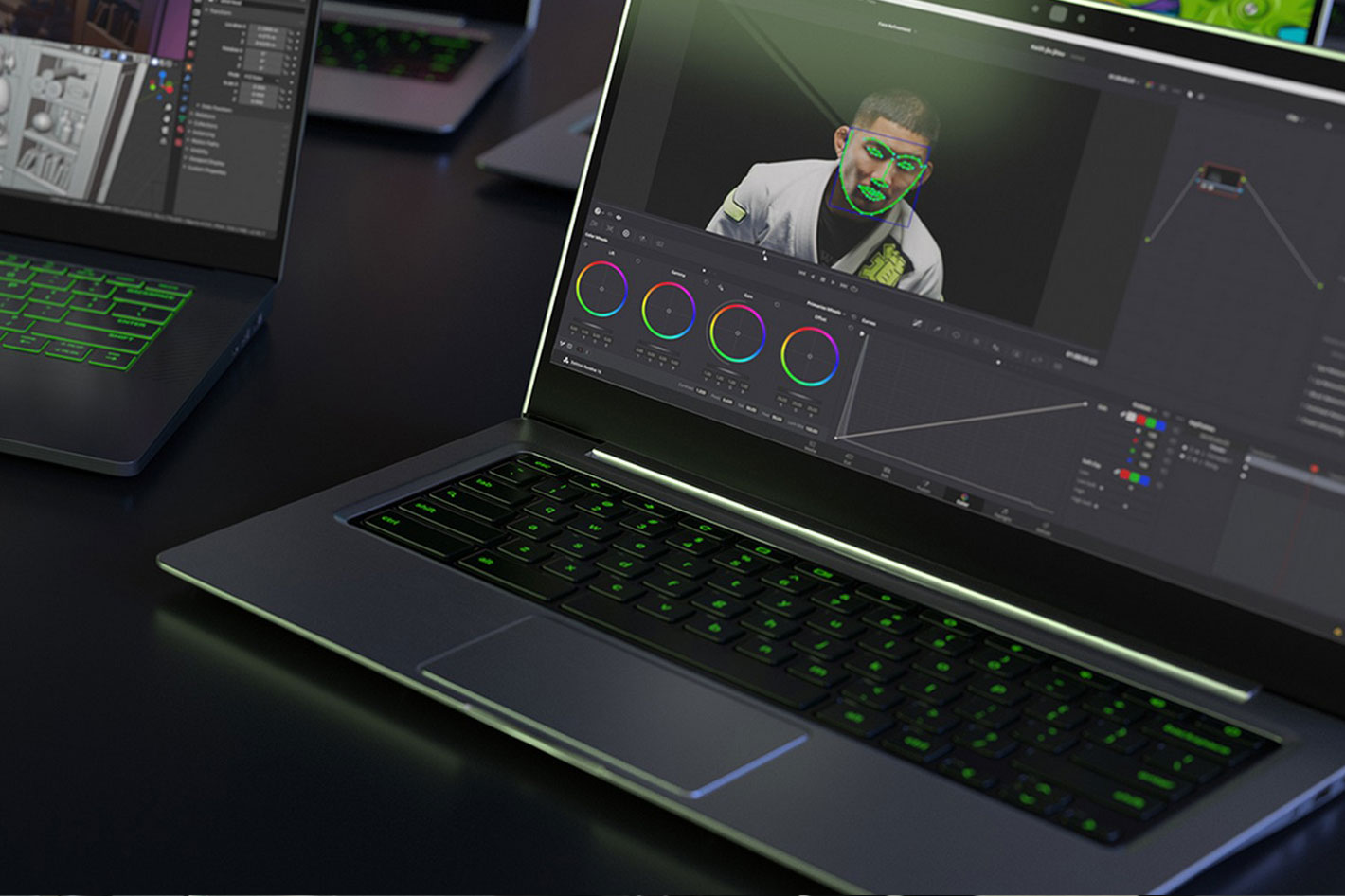 New GeForce RTX gaming and Studio laptop models are now available, more than 140, including new RTX 3050 and 3050 Ti models, some bringing Studio laptops to the mainstream.

Both AMD and NVIDIA are in a race for the fastest, more powerful graphic cards… and your money. NVIDIA has just made its move, with the introduction of NVIDIA Studio laptops from Dell, HP, Lenovo, Gigabyte, MSI and Razer. The new Studio laptops are powered by GeForce RTX 30 Series and NVIDIA RTX professional laptop GPUs, including designs with the new GeForce RTX 3050 Ti and 3050 laptop GPUs, and the latest 11th Gen Intel mobile processors.

The invitation from NVIDIA is clear: create in record time using the new solutions. With the latest NVIDIA Ampere architecture, Studio laptops accelerate creative workflows with real-time ray tracing, AI and dedicated video acceleration. Creative apps run faster than ever, taking full advantage of new AI features that save time and enable all creators to apply effects that previously were limited to the most seasoned experts.

Thirteen new Studio laptops were introduced this time, including:

The Studio ecosystem is flush with support for top creative apps. In total, more than 60 have RTX-specific benefits. Here are some:

Regardless of your creative field, Studio laptops with GeForce RTX 30 Series and RTX professional laptop GPUs will speed up your workflow, says NVIDIA.  Starting at $799, GeForce RTX 3050 laptops add immersive ray tracing to the latest games, accelerate performance by up to 2x with NVIDIA DLSS, and increase the speed of video editing by up to 7x vs. a CPU. Compared to GeForce GTX 10 Series laptops, DLSS and the company’s latest innovations can deliver an astonishing 4x boost in games, and up to 2.5x in video editing applications, making your gaming better and your content creation far faster.